Inheritance and Wills in Chile 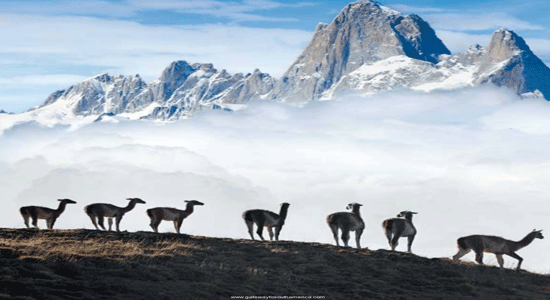 The basic order of inheritance in Chile after someone dies is that of surviving spouse, children, parents, grandparents, siblings, and then cousins. This also includes the rights of spouses and children for their direct ascendant or decedent to inherit.

You are allowed to give a certain percentage of your estate in a will to whomever you like, but for the most part, you can not avoid giving these family members with mandatory inheritor rights a portion of your estate by just drafting a will. There are certain exceptions in the law, such as in the case of the murder of one family member by another; but they are rare and unusual exceptions.

If you wish to transfer property to specific family members, you will need to do it while you are still alive or through some intermediate structure such as a corporation. Even then, you must be careful as there are certain restrictions on how those assets are passed. Handled incorrectly and the transfers could be contested or voided by the courts.

The right to testate ( to make one´s will be known) and to whom the testator can leave their assets is structured in Chile to protect both the family and the overall social order.

In Chile, the granting of a will is very restricted and formal. There is no absolute freedom to dispose of one’s assets as one wishes because the law compels the testator to make some forced designations in favour of specific people. If the will does not comply with fulfilling these requirements under Chilean law, the will is considered without force or void. Likewise, if no will exists, those forced heirs do not lose their right to inherit their mandatory portion of the estate.

Further, you must meet Chilean laws regarding formalities for the creation of a will. It is considered a “formal” or “solemn” act, under Chilean law, and thus creation of a will to be valid must meet very specific processes and procedures in relation to how the will is handled by a notary public, whom may qualify as a witness to the will, their residency requirements, the language used, and the methods of declaration among many other things.

In most cases, wills in Chile must be conducted as a formal declaration in front of a notary public ( minster of faith ) and must be drafted meeting very specific requirements to be valid, and the witnesses must meet very specific requirements regarding their residency ( municipal residency and national residency ). Also the natural language you use to declare your will is important (e.g. Spanish vs English). These become all the more complicated when foreigners are involved as either the testator or as the witnesses. You must make sure your friends or family members qualify to be a witness under Chilean law for the purposes of signing a will.

The mandatory heirs and payment of debts in Chile are proportioned along the following lines:

The first mandatory proportioning of the estate covers all debts related to alimony and child support that the deceased may have owed up to the time of their death. These must be deducted from the total assets of the estate before any distribution of other assets to other heirs. The remaining assets must be divided and apportioned to specific heirs according to the regulations established by Chilean Law.

Fifty per cent of the assets must go to the rightful heirs also called “forced heirs” (spouse, direct descendants, or ascendants). Twenty-five per cent of the assets are called the “quarter of improvement” and it may be given to any of the forced heirs at the discretion of the tester. The last twenty-five per cent is called “quarter of free disposition” and may be given to anyone the testator wishes.

People eligible as heirs and forced heirs in Chile:

The assets and debts of the deceased are passed on according to the following order of succession:

If there are no direct descendants, the rightful heirs are the parents or the closest related ascendants and the surviving spouse. In the case where the father, mother and surviving spouse are deceased, the rightful heirs would be the testators living grandparent. In the case that they are not alive, then it becomes the testator´s living great grandparents.

Fourth-Order heirs: If any of the above are deceased or do no exist, the rightful heirs would correspond to the closest blood relative descended from the same origin without being a direct ascendant or descendant of the testator. This would be uncles and aunts, and if they are deceased, the cousins.

This article is only intended to give you the most basic appreciation of the complex nature of estate planning in Chile. We strongly urge you to seek the competent legal assistance of a qualified Chilean attorney in relation to Chilean inheritance laws and wills in Chile. We also urge you to find an attorney able to deal with the unique issues that affect foreigners specifically in regards to estate planning in Chile and effects it may have on your estate planning outside of Chile. With time and planning, there are ways to ensure that much of your estate goes to the people you wish after you pass away. Again, time and careful planning are essential to protect your assets in Chile.

Note: These rules also apply in the main to other South American countries, so get legal advice first before making long term investments.