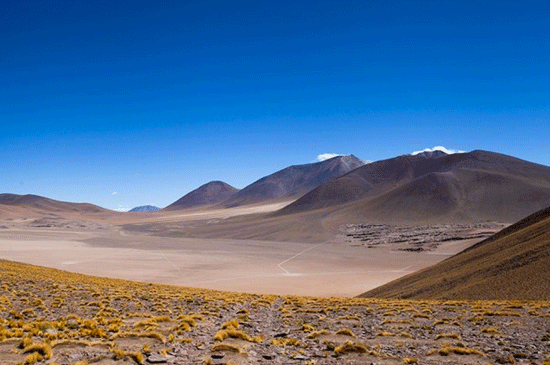 Negotiations with Indigenous Groups as well as mounting environmental awareness by the general public have slowed or blocked more than $20 billion US in power stations, gold and copper mines, and transmission lines, according to company statements and a study by Matias Abogabir, head of indigenous affairs during former President Sebastián Piñera’s administration.(Abogabir now advises companies on indigenous relations.)

After a decade-long copper boom that made Chile the richest country in Latin America, the disputes have helped slow growth. “We’ve reached a stalemate that has a lot of costs for employment, growth, and welfare,” says Ricardo Katz, an analyst at business-sponsored research group Centro de Estudios Publicos.

Since the consultation rule was adopted, companies involved in 76 Chilean projects have had to take action, Abogabir says. Discussions about 45 of the projects got so acrimonious that they ended up in court, with the indigenous groups filing most of the suits. Usually they want the judge to order a new consultation or issue an injunction blocking a project.

The delays have hit the energy sector the worst, because dams and power plants are so extensive and potentially disruptive. Neltume, a $781 million hydroelectric plant, and Mediterraneo, a $400 million hydro project, are bogged down in lawsuits filed by indigenous groups claiming the consultations were not done in good faith. The lawsuits have contributed to the cancellation of power projects, raising energy costs. Industry pays an average 15¢ per kilowatt hour in Chile; it’s 5¢ in Argentina, says the World Economic Forum.

Mining is energy-intensive, so higher electricity costs shave as much as 1 percentage point off GDP growth, says Alejandro Alarcón, an economist at the Universidad de Chile. “The disputes are having an effect on everything from the price of bread to large investment projects,” he says. Rolando Humire, president of the Atacameño Council of 18 indigenous communities, says they are just demanding their rights. “People are no longer satisfied with a pair of pickup trucks and soccer kits that companies used to buy them off with,” he says. “People are far better informed about their rights, the duties of the state, and the abuses of the mining companies.”

Cristina Lobera, a farmer in Chiu Chiu for 45 years, pulls up a beetroot, whose stunted growth she blames on chemicals from Codelco’s tailings basin. By the time she’s done watering her fields and feeding her livestock, she says she has the taste of sulfur in her mouth. “If the project is built, it will be the death of Chiu Chiu and all the communities of Alto Loa,” she says. “Agriculture and tourism will disappear. What would we possibly live off?”