In Argentina there are more farms for sale and at cheaper prices. 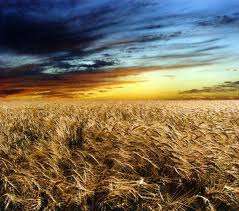 Gateway to South America on 05/02/2019 - 08:26 in All categories of countries are, Argentina Mendoza, Argentina-General, Argentine farms

The value of rural real estate continued with its downward curve in the second half of 2018, according to CAIR. The sector sees a revaluation after the election depending on the result. ie. If Pro wins again prices should rise. If not then they could stay low for decades.

The Board of Directors of the Argentine Chamber of Rural Real Estate (CAIR) highlighted, in its report of the second semester of the year, that “financial investments remains more attractive both abroad and in local loans, competing strongly with productive investments. ”

From this entity they said that the values of the rural properties “continued its downward spiral” and that prices conform to the “current poor profitability of the sector, until stabilizing at a lower levels”.

They also said that this situation was not “imaginable” a year ago. “What empowers a possible revaluation in the future will be a desired economic and political stability, which is difficult to reach in electoral years”.

Based on the data collected from its network of associates, from CAIR argued that rural real estate is maintained “at reduced activity levels, with operations that were mostly concentrated in a range of amounts between USD 1 and USD 3 million”. However, they clarified that as these prices rise, “sales are becoming increasingly infrequent.”

They also noted that “a number” of sales were made between the USD 5 and USD 10 million. But the directors of the entity said: “Higher value transactions can be counted with the fingers of one hand.” For them, this phenomenon shows the little interest of investors and producers in expanding or entering the sector.

When discussing prices, from CAIR reported that they have a certain tendency to greater flexibility in the asking prices of vendors. “Except in the agricultural core zones, where a certain demand is maintained”.

Also, they noted a “clear increase” in the number of properties offered for sale, “largely due to the expansion of the terms of trade, which in cases of marginal areas are usually extended for several years as consequence of the very little interest of investors in these areas. ”

Speaking of the prospects for this year, they said that they are based on “some revival of activity, as long as the good agricultural results are confirmed” that are expected in the sector, as in the wheat and barley harvests.

They also bear in mind that all these forecasts will be influenced by the political “noise” in the coming months.