In Argentina, the effect of a surprising Mid Term Election result plus its resulting chaos, devaluation and money restrictions caused farmland prices to drop overnight. 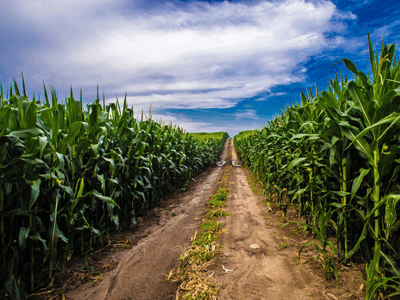 Gateway to South America on 23/09/2019 - 17:20 in All categories of countries are, Argentina Mendoza, Argentina-General, Argentine farms

The results of the Mid Term elections, which made the likely winner lead Argentina in 2020 Alberto Fernández caused a collapse in farmers and investors confidence.

Due to farmers perception of him being a patsy to the hated Christina Kirchner ( she appointed Fernandez ) who ruled Argentina for an earlier decade, they see another lost decade in front of them and a race to the bottom to join Venezuela’s cruel dictatorship.

“Today we find ourselves in a preamble to what is sure to be a difficult period to transit. The fear of returning to the past is so fresh in everyone’s memory,” said Javier Christensen, president of the entity.

In this context, Christensen recounted that, after the election, the few operations that were in the process of being sold collapsed.

“While the latest BCRA restrictions had little impact, they affected the dynamics of the business. Generally, farm businesses have been dealing with this issue for a long time and it will not be resolved overnight.

The 46 of the farms (currently on offer) are all less than 50 hectares and are not considered commercial units but there are few if any large commercial farms available.

According to industry data, the latest devaluation slowed the fledgling revival that had become visible since last June after 14 months of inactivity.

Therefore, after the election and the subsequent scenario, the day addressed topics such as what can be expected from now in the rural real estate market and what are the forward projections to reverse the current operating deficits.

For Roberto Frenkel Santillán, of Bullrich Campos Real Estate Brokers, the market is uncertain and he believed that there must be a large price reduction, something that would help a movement in operations.

Something unlikely to happen. Without venturing what the adjustment would be in the sector, he predicted: “Although in the last ten years (2008-2018) the prices of the fields remained stable, in the near future the values will fall and this will help the market to reactivate.”

“If we imagine the future, there’s going to be a new market, with very low values. Possibly in that new scenario, there will be many people who will go to invest in the sector. We must not irrationally defend the prices farms,” he said.

For Frenkel Santillán, the fields are already overvalued and should go down in the short term by at least 20%. “Today the value of the hectare in the best farming area, the country’s quintessential region, is around USD 15,000 per hectare, but it should be worth only USD 12,000,” he said.

“Meanwhile, the agricultural fields (which were formerly wintering) in General Villegas, which before this crisis were worth USD 10,000, should be worth no more than USD7500,” he said.

He added, among other values, that the good breeding fields in Ayacucho and Rauch that are now between USD 3,500 and USD 4,000 per hectare would “fall to less than USD 3,000 per hectare.”

According to the specialist, the fields in the Olavarria area would in the past be around USD 2,500 but now would have to be less than USD 2,000. “As for marginal markets, such as Salta, northern Corrientes, north of Santiago del Estero, they must find a new floor because today prices are extremely variable,” he said.

In dialogue with La NACION,Frenkel Santillán noted that “high financing rates adding to the profitability of the financial market, such as the Letes, affected the rural business and caused investments in farms to fail to occur or sales to occur long delays.

He added that “the farm scene was professionalised and at the same time economic advisers are what drive investors to open up the most short-term business range.” In this line, he insisted that “one of the ways to give more return to investment is with the lower purchase prices”.

According to the expert, in the future, there may be a change in the mode of operations. “Some will want to do them in dollars, others in soybeans, meat or bonds ( ie trading farms for other assets ). It may also change sales costs: stamps, a change in taxes, and new rules.

Meanwhile, despite the actual uncertainty, medium-term expectations are good regarding this year’s profits. “At worst, the current fall should change from next summer,” said the CAIR headline, and concluded, “The next government has no choice but to be wise.” (this is not something they are known for).