The Iconic Sofitel Hotel is closing in the Retiro, Buenos Aires 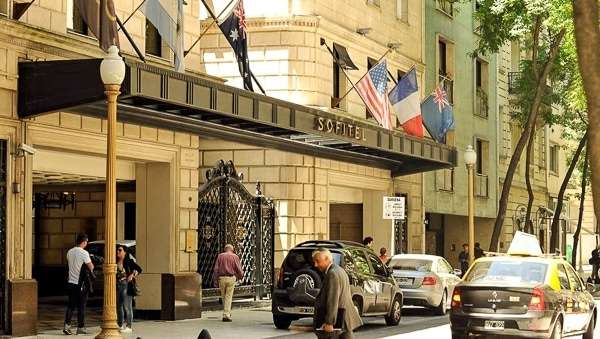 Gateway to South America on 15/11/2017 - 13:45 in All categories of countries are, Argentina-General, Argentine history, Buenos Aires Residential

Fifteen years ago, when it opened, it was major news. A group of foreigners had chosen a palatial tower in Retiro to install a luxury world-class hotel, the first of the French Accor chain in Argentina.

The building is on Arroyo Street which is one of the most sought-after positions in Buenos Aires. Then the building was in a deteriorated condition and the  Argentine 2001 crisis was fresh (think 1920’s depression). However, the hotel market needed more quality hotels to receive the large influx of international tourists who were starting to arrive, seduced by the advantages of a favorable exchange rate and one of the most beautiful cities in the world.

“After 15 uninterrupted years, Sofitel Buenos Aires Arroyo will close”, is the beginning of a press release -very brief- that spread the news of the brand closing in Arroyo. On December 17, according to Clarín, the rental agreement that the hotel chain has with the owner of the Arroyo 841 building expires. And there will be no lease renewal.

When Arroyo curves and leaves behind the empty space of the Embassy of Israel ( blown up by alleged Iranian terrorists ), a large tower appears in the middle of the block. It was built by the shipping entrepreneur Nicolás Mihanovich in 1925.

He thought of it as a building with three sectors: two towers with seven floors and an immense one with 20 floors, with a viewpoint and a lighthouse at the top. They say that the businessman had designed it that way so that it would be the first thing that the passengers who arrived by boat to Buenos Aires would see.

A less romantic view also says that he aspired to it functioning as a rental building. The work was inaugurated in 1929 when Mihanovich had already died. For 73 years it was used as rental apartments.

In the early 2000’s, foreign investors, led by the then CEO of the Accor group for Latin America, arrived in Buenos Aires in search of a location to install a superior hotel from the French chain. They toured the city and on one of those itineraries were dazzled by the Mihanovich tower, also known as the Bencich tower, as the family of Austro-Hungarian origin was responsible for the work and its future owner.

Converting a rental building into a five-star hotel, with 140 rooms, four lounges, a French restaurant, a café, a bar and a gym, among other spaces, was a complex task. “Despite the magnitude of the task, it demanded less time than we originally thought: it took one year as a project and another as construction”, says the architect Daniel Fernández, in charge of the rebuild.

“The biggest difficulty was to expand the depth of the basement from three meters deep to one of 11 meters, without moving any above structure whilst having people working above,” he adds. In a few months, they removed 5,000 cubic meters of soil.

Another challenge was to join the three towers. For that, connections were made and they opened a lobby and a large winter garden. The restoration, which also included the restoration of stone-like plasters, demanded more than 25 million dollars.

Still surprised by the news of the closing of the Sofitel Arroyo, as are all the neighbors, the architect Fernandez speculated: “I do not think they’re going to sell it. Surely it will be reconverted, it will be used by another chain or it will have another commercial use “.

The square meter of construction in this area is around 3,500 USD plus. 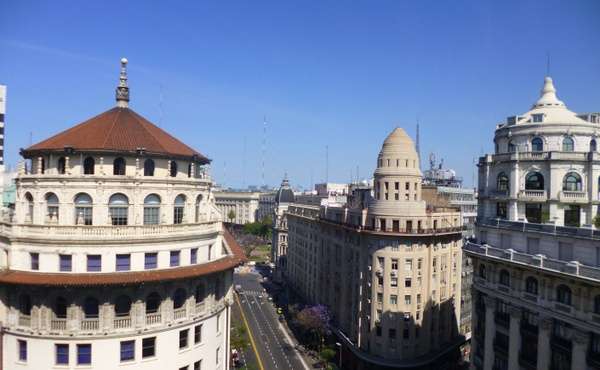 In 2002, when it was transformed into a hotel, a commercial alliance was established between the chain and the owners Bencich. The property would continue to belong to that family, which, according to reports, in recent times was dissatisfied with the rent they received. Hence they are now looking for a new tenant. The Bencich family still own considerable other quality properties in Buenos Aires and its surrounds and I am told in past years owned up to 1,000 properties.