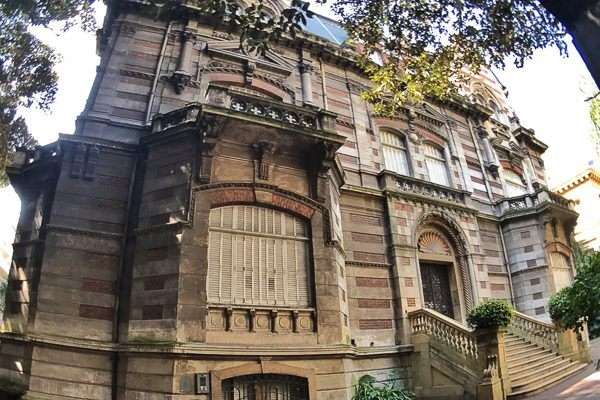 Gateway to South America on 17/11/2018 - 07:19 in All categories of countries are, Argentina Lifestyle, Argentina-General, Argentine history, Buenos Aires Residential

Alvear Avenue is emblematic of the elegance of Buenos Aires. The street contains an important collection of architecture from the 1900s. In the first period, right up to the country’s first centennial, it was a street lined with Italianate villas or Victorian mansions with lush gardens. Then in the 10’s and ’20s, almost everything was replaced by private hotels of great size, inspired by the French architecture of the seventeenth and eighteenth centuries, as evidenced by the current headquarters of the Apostolic Nunciature or the large buildings that house the embassies of France and Brazil.

But by the end of the twenties, the palatial era would conclude and people began to prefer French-style apartment houses, that is, something of the Louis XV and Louis XVI periods. The 1930s and 1940s brought an invasion of modernity, with yacht styled apartment buildings (french rationalists). 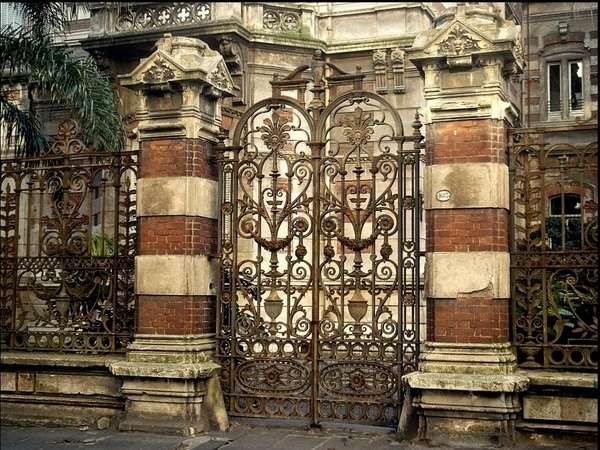 However, the most mysterious home within the architectural repertoire of Alvear Avenue is the property located on the corner of Rodríguez Peña. Locals identify it by the huge Magnolia tree that resides in the garden. The Hume Palace is a testimony of the golden era of the Avenue, one of castles, villas,  and mansions fin de siècle. The house was designed by Charles Ryder an English Architect.

Ex-Palacio Duhau (not to be mistaken by the Palacio with the same name just next door to this one, which later became the Hyatt hotel).

Hume Palace was built by the Scotsman Alexander Hume. He arrived in Argentina in 1868, and took up residence, setting up a large family, founding a successful construction company. The company was an engineering firm called Hume Brothers in 1880.  Alexander was also behind the forming of the Hurlingham Club.

In various stages of its long existence over eight decades, the engineering company built structures all over South America. In Argentina alone, they built over five thousand kilometers of railroads,  and numerous railway stations (such as the Mitre Railroad Retiro Terminal),

The palace was built in 1893 with stones, bricks, and tiles imported from Scotland and interiors covered with Holy Wood. It was inaugurated in 1893 with an exhibition of paintings by illustrious local collectors, open to the public, curated by Eduardo Schiaffino. There lay the foundations of the confirmation of the National Museum of Fine Arts,

The architecture of this enigmatic mansion is characteristic of the late Victorian style, a mixture of forms of diverse ancestry: gothic-inspired roofs and towers, Renaissance facades, ornamental details of Romanesque origin, all seasoned with materials, textures and diverse shades, ornamental cast-iron gates etc.

In 1913 Carlos Thays, the most important landscape architect in Argentina ever, designed the gardens, making it the first residency in the country to have an outdoor swimming pool. 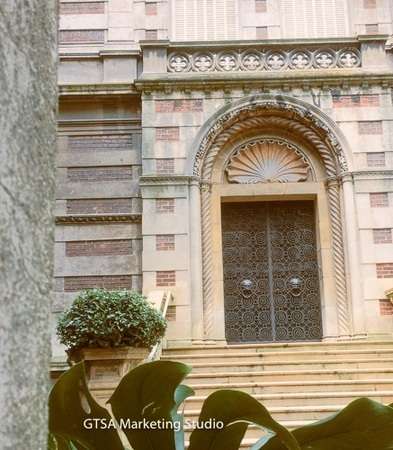 The former Hume Palace was then renovated to accommodate the celibate brothers Albert, Faustina and Maria Duhau and to harmonize with the new Duhau Palace (an impressive local impression of the eighteenth Château de Marais of the Ile in France) which would be occupied by other branches of the family until its recent transformation into a five-star hotel.

Consistent with the admired French tradition, the Duhau family did not alter the exterior of the building. On the other hand, they redesigned all the interiors and the surrounding gardens, in the manner of the Ancien Régime interventions, that is, to update them from an aesthetic and functional point of view.  The furniture, so 19th century, was replaced by a more “enlightening”, very Bourbon, very authentic, very precious style. These great examples of architecture, decoration and gardens were and still are one of the follies that the Duhau built to recreate their version of an”imaginary Versailles”.

After the 3 brothers, Luis became the owner and from him, it went to another brothers’ daughter Susana Duhau, who was married to John Walter Maguire, which made the name change from Hume Palace to the Maguire residence.

John Maguire was a writer of several books, the most famous being La Puñeza de Oro. The Maguires had one daughter also called Susana, who was married to Carlos Biocca Lavicolli. Until today, she still lives in the house (I think, although I have never seen her).