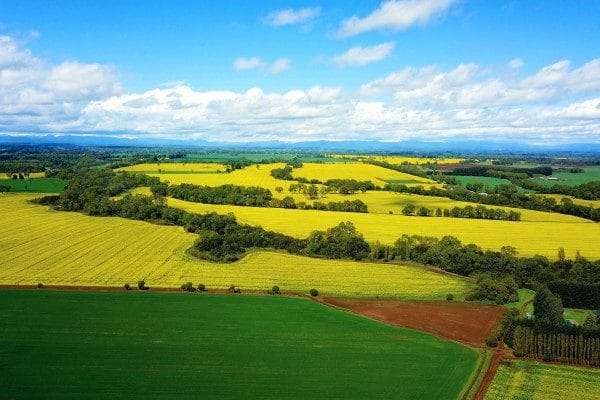 Regardless of whether you believe global warming is man-made or not, it’s clear that it is happening. According to Nasa the earth’s global temperature has risen by 1.62 degrees since the last 19th century, while five of the warmest summers on record have happened since 2010. As a result, established weather patterns around the world are being upended. Climate change will have an outsized impact in Latin America and will lead to far-reaching economic and social challenges. Indeed, in a recent poll by Pew Research Survey, Latin America was the only region where all of the countries surveyed listed climate change as their top threat.

Why is Latin America vulnerable to climate change?

Latin America is already prone to extreme weather phenomena, from hurricanes in the Caribbean to El Niño on the Pacific Coast of South America, which means that even minor climate changes can have a devastating impact. Research shows that warming global temperatures cause the frequency and intensity of storms in the Caribbean to increase. Latin America is also home to sensitive natural assets, such as the Amazon rainforest or Colombian Páramos, which preserve human and animal life across the continent. Any minor changes to the ecological conditions of these life sources causes knock-on effects across the world.

Moreover, the region is particularly sensitive to rises in water levels because of its numerous low-sitting islands and long coastlines. Meanwhile, the accelerated melting of the vast glaciers in Chile and Argentina would lead to flooding. Finally, Latin America is vulnerable because it is poorly prepared to cope with and plan for climate change.

It already is. Changing temperatures are impacting agriculture. For example, rising temperatures mean areas traditionally used for growing coffee are now unable to produce the crop. Increasingly growers are having to find land at higher altitudes. But the effects on agriculture are not confined to coffee. The disruption to traditional rainy seasons has caused drought and floods across the region. Meanwhile livestock is under threat as water resources become more unpredictable and changes in temperature allow diseases to spread quicker.

One life-threatening and economically-draining consequence of climate change is that tropical diseases are becoming harder to control and predict. Mosquito-based dengue and chikungunya are spreading into new areas and local health services across Brazil are poorly prepared to fight these diseases. According to Ana de Menezes at the London School of Economics, variations in temperature and rainfall are significant determinants of the spread of dengue because they are factors which affect the spread of mosquitoes. She found that climate change would lead to greater levels of dengue in almost all Brazilian regions, and predicted that results would be similar for all Aedes aegypti mosquito-borne diseases, such as chikungunya and Zika.

One life-threatening and economically-draining consequence of climate change is that tropical diseases are becoming harder to control and predict….

Climate change is also driving migration because farmers can no longer survive off crops. The Financial Times reported from Honduras last year on how low and irregular rainfall has causes yields in agriculture to plummet. With 40% of the population working in agriculture, climate change has forced poor farmers to search for new opportunities in the North America. Rainfall is forecast to fall by as much as 14% by 2050 and so the problem will grow. Expect more and more migrant caravans if Latin American governments cannot find a way to provide other forms of employment.

As you might expect, it’s a mixed bag, with a clear correlation between GDP per capita and preparedness for climate change. Researchers at the University of Notre Dame produced a measure of a country’s vulnerability and level of readiness to climate change by using 45 indicators across a range of categories such as food systems, water availability and infrastructure alongside economic and political indicators. They found that the richest Latin America countries were the best prepared to fight climate change: Chile ranked 30th globally, Uruguay 52nd and Costa Rica 66th. On the other end of the scale, they found that Haiti was very poorly prepared, at 170, as was Guyana at 128 and Bolivia at 127. It makes grim reading for countries at the bottom of the ranking although at least this shows that they can ‘buy’ resilience to climate change through upgrading infrastructure, building comprehensive emergency response systems and improving the efficiency and quality of health services.

The most important thing that can be done is to build infrastructure to the highest standards, so that it can better resist flooding, landslides and other consequences of extreme weather conditions. But this is a huge task for Latin America. For example, 60% of the region’s roads are unpaved, compared to 46% in emerging economies in Asia and 17% in Europe. Moreover, its sewage systems are in dire need of an upgrade. Currently, two thirds of sewage is untreated and poor sanitation and lack of clean water are the second-biggest killer of children under five years old, according to the World Health Organisation.

Another key indicator of resilience to climate change is the quality and reach of healthcare systems. Underfunded healthcare systems are more susceptible to weather-related disasters, which leads to more deaths and greater costs associated with climate change. As ever, the wealthier countries have better public healthcare. Among the best countries were Costa Rica, ranked 62nd globally, and Uruguay, which was around the same level. Colombia was 81st globally, and Argentina, Peru and Brazil were all in the top 100. However, the standout poor performers were the usual suspects: Nicaragua, Paraguay and Bolivia, according to 2018 Healthcare Access and Quality Index produced with data from the Global Burden of Diseases.

Latin America has the potential to be part of a regional and global solution to climate change. It can do this by protecting and harnessing its natural assets, such as its rainforests and deserts, through caps on deforestation and replanting of forests, as well as investment renewable energy projects.

It’s already making good progress. The total carbon footprint of the region has decreased around 11% since the start of the 21st century as a result of decreased rates of deforestation, improvements in energy efficiency and the adoption of renewable energy sources, according to the Climate Development and Knowledge network. Chile, Colombia and Mexico are preparing national low emission development strategies, but Costa Rica is leading way. Its electric power grid is already 100% renewable and it aims to become the world’s first carbon neutral country in 2021.

But the road to lower emissions and more resilient economies will not be an easy. It is coming up against political pressure in Brazil, where new president Jair Bolsonaro is keen to appease the powerful agricultural lobby by granting them access to more rainforest for livestock and agriculture, and economic pressure as stretched budgets try and balance other priorities, such as fighting organised crime and improving education systems. Another key barrier in Latin American is its reliance on exports of fossil fuels, such as coal in Colombia and oil in Brazil, which add to the problem globally, but are also locally-polluting industries. Moving away from these essential sectors would hurt many Latin American  economies seems unlikely to happen.

Will this create investment opportunities?

Yes, lots of them. As pressure grows on countries to reduce their carbon footprint, and the need for better infrastructure in Latin America grows, investors will be able to profit by providing capital to these sectors. Latin America has expansive solar and wind resources but will need international investment in order to access this potential. CAF estimates that at least $71billion of annual investment in energy infrastructure will be needed over the next decade if Latin America is to embark on the transition to diversify and modernise the regional energy matrix.

Other areas of investment opportunity can be found in lithium mining in the Southern Cone, which is used in electric battery production, public-private partnerships on infrastructure development, such as in Colombia, which is undergoing a huge upgrade process, or in green vehicle solutions, such as electric cars or public transport developments which are need to reduce pollution and traffic in Latin America’s megacities. Looking more broadly, not just at renewable energy but solutions that build climate change resilience and reduce emissions, the International Finance Corporation estimates fighting climate change will create $600billion of investment opportunities in Latin America over the next 14 years.