How to spot fake US dollars currently in circulation 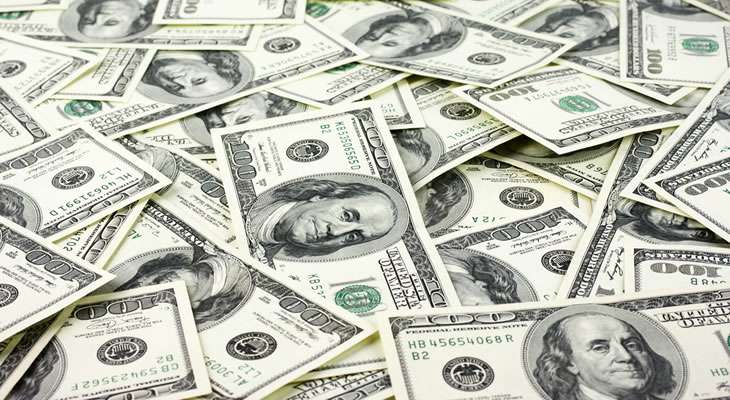 Ambito offers a step-by-step guide to know what to look at when we want to recognize a fake bill or fake dollars.

The College of Notaries of the City of Buenos Aires issued recommendations on how to detect false USD dollars.

Experts say that to detect counterfeits it is necessary to know the elements of security present on paper money. But you also need to keep in mind that money counting machines with a sensor to recognize fakes are not totally reliable.

Whilst they detect certain elements present in the ink of genuine banknotes, counterfeiters add those elements and the machines can no longer recognize them.

Therefore, it is advisable to follow the traditional guide step by step to detect counterfeit dollars manually.

In the first place, to detect that the 100 and 20 dollar bills or some other denomination are false, touch is recommended as a first resort. Touch is used by cashiers in exchange houses and banks since the texture of the ticket false is courser than a genuine note. Counterfeit banknotes present a kind of wax to the touch whenas the genuine one is thinner but not thick.

2. Look at the color

According to Buenos Aires notaries, another unmistakable characteristic of a forgery is the colour. Authentic banknotes have pale and vivid colour combinations that are very difficult to copy. The recommendation is to compare the colours with a genuine banknote.

In general, the colour of the paper in the counterfeit dollar is very light, while in the genuine one it is amber (between a beige and a white tone). It also has bright tones and contrasts.

3. Look at the portrait on the banknote

4. Pay attention to the edges of the note

The fine lines on the edge of an original banknote are clear and close together. In a fake one, the lines are generally fuzzy and not distinguishable correctly.

Folding the bill with the index finger on the part where there is a drawing and colour, it is rubbed on a paper (preferably white) which will leave a dark green mark, but it will not be scratched on the part that was rubbed, because if it is thus, the evidence points to a counterfeit bill.

7. Identify the watermark or “Water Drop”

This is one of the oldest security methods. Differences in thickness in the paper create dark and light areas, which generate an image against the light. They are imitated with greasy, wax or yellow ink prints.

The counterfeit 100 dollars present the Franklin figure in a very obvious way to see with the naked eye, which is not the case with real notes.

The parts of the filament appear on the front of the bill as silver segments. Counterfeiters mimic them by printing the segments with silver metallic ink. On genuine banknotes, when viewed against the light, a solid line is visible.

Under the magnifying glass, the lines appear sharp on authentic banknotes, while counterfeits made with “laser” or trichrome look like little dots that create the illusion of a line.

9. Discover the strands with a magnifying glass

Silk threads or other fibres are added to the pulp of the paper. They can be seen with a magnifying glass. Counterfeiters imitate them with coloured pencils.

Real dollars show a kind of fluff or pieces of brown thread on one of their two sides, while imitations lack them.

Under the violet light, the banknote has to retain its colour, and all the images.

The Security Strip at Point 4 (banknote edge) appears in fluorescent colour (without the text being read) on new 5, 10, 20 and 50 dollar bills. Not so in the US $ 100 bills, where you can see the band and the acronym can be read. If you can see the dark yellow band on the $ 100 bill, the bill is fake.

In some counterfeit banknotes, under violet light, the paper turns completely white.

11. Where are the little colored hairs

The banknote has some coloured hairs attached, which DO NOT stand out in the violet light.

How to detect if a blue 100 bill is fake

Although blued $ 100 bills are said to be anti-counterfeiting, it is advisable to have the same preventive measures as with other bills. Courtesy: Safe Change

For the new blue-coloured $ 100 bills, the security measures are similar. It is recommended to observe: