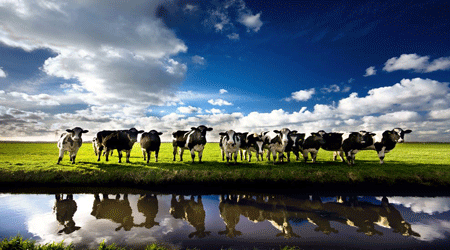 According to a recent survey of Brazil’s top 100 dairy producers by independent research firm MilkPoint, 90% of respondents plan on expanding their operations in the next 3 years. That’s because unlike many other Brazilian agriculture sectors like crops, livestock and poultry, dairy focuses on the domestic market, with approximately 98% of production staying at home. “Consumption is 100% dependent on the economy and that has been rising the last 10 years, although it came down during the economic crisis,” said João Salgado, product manager with Delaval in Brazil. “We are a huge internal consumption market, and it’s a big opportunity for us.”

Frisia is one of 3 large dairy co-operatives in the state, reports milk production rising from approximately 140 million litres in 2013 to over 234 million in 2018, with double-digit increases in 2017 and 2018. During the same time, the number of dairy farm members remained stable at 277.

One of the stand out dairy farms is a New Zealand owned one called Leitissimoin in the State of Bahia in Brazil where the winters are mild,  the summers are not too hot and they receive 1460 mm of rain per year within the months of October and April is one of the best-producing dairy farms in the world. Leitissimo is translated as ‘most milky’ and the cows, a crossbreed of New Zealand Jersey and Friesian genetics, produce 4-4500 litres of milk per lactation, at 4% fat and 3.8% protein. 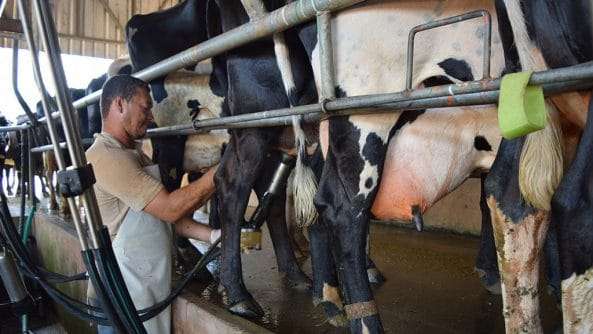 They are milked in a herringbone parlour with 40 cows on each side, enabling 250 cows to be milked per hour. The entire farm produces 60,000 litres a day.

The altitude of around 900m above sea level and minimum temperatures in the winter of 15 C let them grow grass all year round meaning they don’t have to use silage as most other counties do.

All this means their costs of production are low giving them excellent profit margins.

Currently, they have 3 centre pivots with 600 cows on each one but have the capacity to expand this to 20 on the 5,500 ha they have invested in.

It the largest pastoral-based dairy farm in Brazil. The farm, which now covers 5,500 ha and holds 3,500 cows, was established in 2008 by former Fonterra executive Simon Wallace, with more than USD 10 million in funding from one of New Zealand’s richest internet entrepreneurs, Sam Morgan. In 2010, the New Zealand-owned company opened a milk processing plant, which sells milk under the brand name Leitíssimo.

The company is in the process of a farm expansion that will triple the size of its farming operations. All the milk is processed at Leitissimo’s own factory, where it is pasteurised, bottled and packaged before being distributed to 16 states across Brazil. In addition, it has recently launched a range of luxury yoghurts and ice creams.

Wallace sees no conflict between what his company is doing and his home country’s dairy export ambitions. “The value of Fonterra is not that milk is produced in New Zealand; it is that milk is produced in a lot of places and then traded around the world. New Zealand dairy farmers have a massive investment in global business, not just a few dairy farms in New Zealand. We have done this since the start; it’s just that sometimes in the semantics and discussion that goes on we get a little bit protective or focused on the landholding.”

This operation is an excellent example of how Kiwi ingenuity and money can be a win win for Latin America countries.