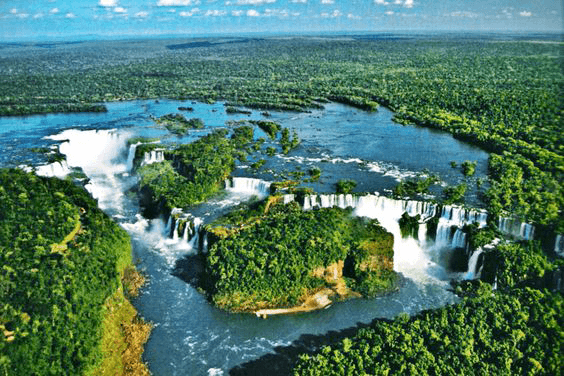 The commissioning of more than 70 companies is a sign of the healthy economic performance in Paraguay nowadays. Where five years ago there was nothing, today on the outskirts of Ciudad del Este, there are twelve assembly plants in full production – from companies that manufacture auto parts to clothes, which give work and produce wealth for this small country.

The economic collapse of neighbouring Brazil has not affected production, rather, the opposite. The cost of labour is half that in Brazil, energy is also very low cost and taxes are the lowest in the region.

This platform of industrial development is a base which may reduce the high dependence which Paraguay so far has had on exports of agricultural products. Both electricity and agriculture in Paraguay depend on the weather, a factor greatly affected by climate change, and therefore the high dependence historically recorded is undesirable.

Through maintaining sensible economic policies, as in recent years, it is possible to achieve continuous development over time. For now, Paraguay is the country with the highest rates of growth in the region. This is even more valuable if we consider that the major buyer of products from Paraguay today is Brazil, which has been plunged into a major recession.

Not everything is bright: there have been failures in some services, represented by power outages; there are big issues pending. Also, efficiency in transport services requires significant improvement. All this is mediated by the need for a more efficient state.

To achieve continuous development, Paraguay will have to maintain its sensible economic policies and do much better in the provision of infrastructure, basic services, education and health.

Changes in the revenue composition of Paraguay

Traditionally, visitors crossing the border from Brazil only did so to buy imported products from China and other parts of the world. Import tariffs meant everything would be cheaper there. These visits were limited to the acquisition of additional tax-free goods up to an amount of USD 300 per person per month. This limit is almost always violated by buyers and customs agents.

Today, however, Brazil’s recession complicates the arrival of these traditional buyers. Generally, Brazilian purchasing power has declined significantly and also therefore the income which for years Paraguay obtained from that trade.

Furthermore, the healthy economic performance in Paraguay has allowed an increase in domestic consumption that has more than offset the drop in revenue from border trade. In the second quarter of this year, Paraguay grew by 6.2%, surpassing all other countries in the region.

This sustained growth and the arrival of foreign investors tempted by great expectations has also been reflected in a growth in the construction of hotels, factories, residential buildings and shopping centres: in sum, an expanding economy.

Another important source of income for Paraguay is selling electric energy to Brazil, the great consumer in the region. By contrast, soy, a traditional source, has undergone a remarkable decline in price, due to lower demand in Brazil and falling prices worldwide.

Even with these serious drawbacks, Paraguay is successfully positioned between economies that are constantly growing. To the extent that Brazil recovers, this will also increase further revenue for Paraguay. 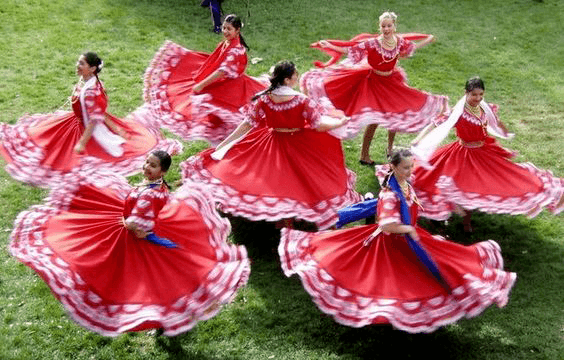 Since the era of the dictator Stroessner, Paraguay has maintained a tight fiscal policy with low public debt, an attitude which was widely criticised at the time but which now bears fruit. The inflation rate of 4.5 is in line with the average projected growth of about 4.8%.

Unionisation is low, a factor that should be corrected, in order to not have unmet labour demands accumulate over time. This was also the heritage of the Stroessner Government, which crushed the unions by blood and fire.

Among the policies that the President of Paraguay, Horacio Cartes (who belongs to the same political party to which Stroessner belonged, the Colorado Party), has sponsored and implemented a bill to limit the fiscal deficit to a maximum of 1.5%.

This was without neglecting spending on social policies, which have reduced the poverty rate by half in ten years. Currently it stands at around 20%.

Cartes has appointed highly technical ministers, avoiding the nepotism of the traditional era. The areas that enjoy executive excellence are the Central Bank and the Ministry of Finance.

Among the campaign promises that the current president has been unable to meet is the public-private partnership to undertake the great works of outstanding infrastructure. The lack of practical experience to realise such associations has not been overcome. Although the applicable law is in force, without the knowledge or practical mechanisms, it is, in fact, a dead letter.

Another pending deficit is the education of the working masses. Many adults lack the capacity to be able to join the economy of 21st century education.

In general, all attempts to modernise the state and put an end to nepotism run into opposition from the president’s own party agents. Once the great engine of change in Paraguay, today it is instead a barrier, which prefers to keep unfair advantages and privileges rather than support modernisation and the fair distribution of wealth.

Looking ahead, there are no foreseeable major changes in Paraguay, whatever the trend of the next government. Tight spending policies are already a traditional way of governing Paraguay. Even the former President Lugo maintained a sensible policy in this regard.

Somehow, the hope is that this new elite of entrepreneurs, both Paraguayans and domiciled foreigners, have enough strength to press for the adoption and implementation of the necessary changes for that growth. Changes so far have been strongly resisted by the oligarchy.

Do you want to know more about Paraguay? Then read some of our other Paraguayan posts.