(Editor’s Note: The following article was written by Kavitha A. Davidson and was published in Bloomberg.com on January 22, 2014) 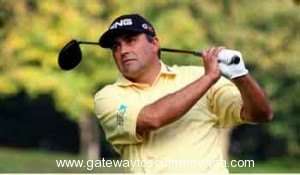 Globalization is a focus not just for the business elite gathered this week in Davos but also for professional golf. The Masters Tournament, the U.S. Golf Association and the R&A have teamed up to bring a golf tournament to Argentina as part of “an
initiative for the development of the game in Latin America.” The Latin America Amateur Championship will be January 15-18, 2015, at Pilar Golf Club in Buenos Aires, giving 120 of  the region’s top amateurs a chance to earn a spot in the Masters.

Recent years have seen golf’s growth mirror economic development in emerging markets. Leader boards at major tournaments are speckled with players from Europe, Asia and Australia (with some alarmist articles spouting concern at the foreign threat to American
dominance in the sport). In 2009, the Masters and the R&A established the Asia-Pacific Amateur Championship, whose winner also has the chance to play at Augusta. The culmination of the sport’s globalization will occur in 2016, when golf will be included in the Summer Olympics in Rio de Janeiro.

Expansion to Latin America also demonstrates a cultural shift in golf, a sport traditionally associated with wealth and nobility and whose cost, space and equipment requirements are generally too great for poorer populations. The late Hugo Chavez criticized golf as “a bourgeois sport,” as his loyalists tried to close golf courses in Venezuela. The emergence of players such as Argentina’s Angel Cabrera and Colombia’s Camilo Villegas on the PGA Tour has gone a long way to reshape golf’s image.

Of course, there are still challenges to growing a sport in a part of the world defined by poverty and corruption. Look no further than the mess leading up to this year’s World Cup, as Brazil struggles to meet budgets and construction deadlines for a sport that
already has an enormous following in the region. But with many beautiful golf courses in place and the backing of the sport’s major governing bodies, Latin America looks to be the new frontier in golf’s push to go global.