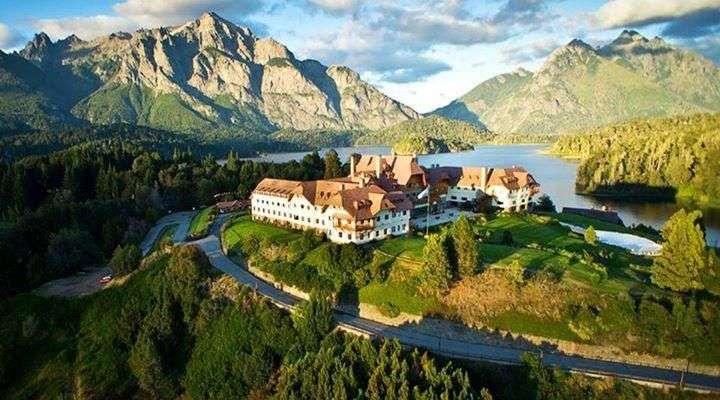 The sky’s the limit for the hotel industry in Latin America, but that doesn’t mean hoteliers in the region can coast, according to panellists speaking during the Hotel Opportunities Latin America conference.

Using the “View from the Top” panel as their pulpit, hotel leaders told attendees they have a lot of optimism for Latin America’s continued growth and are looking to expand their holdings throughout the region.

Moderator Clay Dickinson of Jones Lang LaSalle Hotels said the region’s economy is expected to grow two to three times faster than the economies of economically mature countries, and tourism is expected to double thanks to business travel and the region’s rapidly rising middle class. Couple those trends with a positive supply-and-demand outlook and investor sentiment and the hotel industry in Latin America is on solid footing, he said.

“The economic factors leading to strong (gross-domestic-product) growth, fairly mild to moderate unemployment across most of the region, inflation that’s under control, and political stability for the most part and there are a lot of very positive elements for growth in hotel development across Latin America,” said Kirk Kinsell, president of the Americas for InterContinental Hotels Group, which has had a strong presence in the region for decades. “We’ve seen the cycles. People need to be mindful of the number of challenges across the region. Real estate is awfully expensive and overpriced.”

Kinsell said other challenges include a lack of seasoned employees in the development and operations areas as well as a lack of quality infrastructure across the region.

Joe Berger, president of the Americas for Hilton Worldwide, said his company believes the emerging middle class will greatly impact the hotel industry.

“Latin America is a high priority for us, right behind China,” he said.

Companies based in Latin America also are looking to expand into other countries within the region.

Jose Carlos Azcárraga, CEO of Grupo Posadas, said his company’s vision has “always been to be the leader in Latin America.” Mexico-based Grupo Posadas has eight hotel brands in its portfolio, which totals 11 hotels with approximately 19,700 rooms.

The company has taken its Caesar Park and Caesar Business brands to Brazil and Argentina. Azcárraga said Posadas also plans to open 12 One Hotels-branded properties in Brazil during the next three or four years. He also wants to introduce the Fiesta Americana brand to South America.

Patricio Fuks, president of Fën Hotels, said the company’s large presence in Argentina will be supplemented by the addition of hotels under construction in Costa Rica and Chile.

“We’re looking in Colombia and also thinking about getting into Brazil when we find an opportunity,” Fuks said.

The Buenos Aires-based company has 35 hotels flying its Dazzler Hotels and Esplendor Boutique Hotels brands. Fuks said he believes the company will eventually have hotels in all major cities in Latin America.

Fuks, who is in the middle of raising a $150-million acquisition fund to buy hotels in Latin America, said his investors make better returns from hotels than any other real-estate class.

“There’s tremendous bi-directional travel,” he said. “So much of what is going on is intra- country with the emerging middle class.”

Dickinson said the “tropicalization” of brands is essential for them to have success. Tropicalization could mean smaller room sizes, more or less food and beverage, and more or less meeting space. It’s all about tailoring the hotel to the market’s needs, including the type of building that is built, he said.

“It doesn’t matter what market you are in, it’s important to understand the marketplace and the local culture,” Kinsell said. “In Brazil, the cost of real estate is extremely expensive. You have to be extremely judicious in landmass, so we’re building up.”

Not many conversions ahead

Kinsell said he doesn’t envision a lot of conversion activity for IHG because with a new-build, the life, safety and security issues are built-in from the start.

“We are trying to find convenient ways to take costs out of the room without taking away the experience,” he said.

Fuks said the importance of teaming with local partners and using local suppliers can’t be underestimated. “You have to know the local guys,” he said.

“Tropicalizing our brands is important,” Berger said. “It’s important they fit the culture and environment they’re in.”

He cited the Hilton Garden Inn properties in the region as an example. “We’ve been very thoughtful about how we’ve approached it,” he said. “Hilton Garden Inn in secondary cities (in Latin America), we amped up the F&B a little bit, and added a little meeting space. They really become ‘Hilton Lites.’”

Like just about every region in the world, Latin America’s hotel developers are facing a shortage of debt available to build new properties.

Berger said Hilton is open to provide key money to developers to keep a project moving or to close a project.

“Financing in Brazil is problematic,” he said. “The growth in Brazil has been somewhat slow compared to other places in South America.”

“In Brazil, the challenge in addition to the capital stack is that the returns on hotels relative to other asset classes just don’t look good,” Kinsell said. “The investment community has focused its attention elsewhere.”

As for the outlook for the region, Fuks and Azcárraga are optimistic.

Kinsell said the infrastructure issue—including building arterial roads as well as bigger and better quality airports—is one that can’t be taken lightly.

“Anyone who has gone to São Paulo knows that getting out of the airport and across town is only a feat done by helicopter,” Kinsell said. “Some of these gateway cities have to look at infrastructure.”