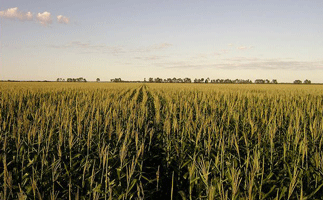 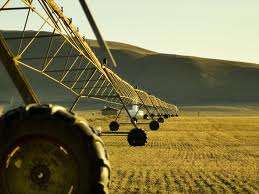 Studies released at a symposium in Washington, D.C. underscored the wide range of benefits modern agriculture has provided to society and emphasized the importance of continued innovation and new technologies to meeting growing global food, feed, fiber and industrial needs.

Research presented by a diverse group of experts in agriculture, economics, conservation and food security detailed how technological advancements employed on farms and across the food chain have provided an abundant, safe, affordable food supply while fostering economic development by enabling fewer and fewer people to produce the food required by society.

“Too often science and technology get short shrift, along with the contributions of the private sector. We cannot meet the food and other requirements of a larger, more affluent global society without the scientific advances that underpin modern agriculture,” said Michel Petit of the Institut Agronomique Mediterraneen in Montpellier, France. ”The world has seen impressive growth in global agriculture in the past decades. As we face growing global demands and increasing resource constraints, agriculture must now become more sustainable.”

The full scope of the enormous challenge facing global agriculture in the coming decades was fully evident from projections presented by John Kruse, Global Insights economist. His study provided detailed projections for more than a dozen major crops in the important producing and consuming regions of the world. His projections indicated that overall crop demand will expand from present levels by approximately 85% to 2050.

Another study indicated that other considerations are now more prominent and must be factored into the future challenge.

“For the past 50 years, we have expanded food production by converting natural habitat at the rate of 0.4 percent per year. If we assume the ‘business as usual’ case for expanding into natural habitat, there will be very little left by 2050,” said Jason Clay of the World Wildlife Fund. ”To feed 9 billion people and maintain the planet, we must freeze the footprint of food. The Earth’s resources are finite. If we exceed the carrying capacity of the planet, we are taking away the very resource base that will be needed by our children and our grandchildren.”

To examine the implications of freezing agriculture’s footprint, IHS Global Insight calculated the crop yield increases that would be necessary to meet global demand if the total crop area is fixed at the current level.

William G. Lesher, Executive Director of the Global Harvest Initiative, noted that other resources used in agriculture may become more constraining, as well.

“In addition to land, the availability of fresh water will increasingly be a limiting factor, necessitating that productivity rates accelerate even faster,” said Lesher. ”We need a major boost in water-use efficiency, what some call a ‘Blue Revolution,’ to stretch our scarce water supplies significantly.”

The studies examined a range of potential solutions for meeting these challenges, agreeing that progress will come through a variety of efforts, including improved public policies and increased infrastructure investment, as well as new technology.

Senator Richard Lugar (R-Indiana) emphasized the need for a renewed focus on agriculture development and increased political will for change if we are to succeed in creating a more secure world.

“World peace will not be built on empty stomachs or human misery; a world in which 40 percent of the total population is marginalized in the global economy is not one where peace or environmental stewardship will prosper,” said Lugar. ”Modern agriculture is not the nemesis of the environment or socio-economic development; rather it is one of their greatest allies.”

Christopher Dowswell, for 31 years aide de camp to the Green Revolution’s Norman Borlaug, concurred, adding that while developing new crop varieties to increase potential yield is absolutely necessary, it is far from sufficient.

“In attempting to bring the Green Revolution to Africa, for instance, agricultural experts developed impressive packages of technology during the 1980s that, on farmers’ demonstration plots, produced yields two-to-three times higher than average,” said Dowswell, who is now with the Sasakawa Africa Association. ”Yet a Green Revolution failed to take off, because Africa, unlike Asia and parts of Latin America, lacked roads, railroads, power grids, irrigation systems, market institutions to deliver seed and fertilizer and to handle the increased harvests, and farmer incentives from governments to encourage modernization.”

While the studies described the progress that’s already been made, they also underscored the tremendous amount of work that still needs to be done.

In summarizing the day’s discussion, William Lesher said: “It is clear that we have a productivity gap going forward, a gap that we must begin now to close. If we are to double agricultural output by 2050 and do so with basically the same amount of land and water as we have today—while also reducing the environmental footprint—then clearly we must become more productive than we have been in the past. That is the productivity gap, that is our challenge!”

Share
Share
Tweet
WhatsApp
Email
0 POST COMMENT
NEXT ARTICLE
Chilean agriculture is expected to become part of the 10 largest food exporters in the world by 2020
11/12/2014 - 10:17
PREVIOUS ARTICLE
Is the International money transfer system about to change due to US Interference in the existing one ?
09/12/2014 - 18:22