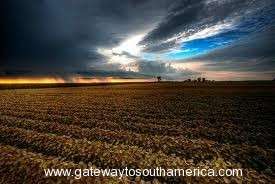 Many Americans and others are concerned about the spread of genetically modified organisms throughout agriculture — and the perception that some members of the U.S. Congress are in the pocket of the Monsanto Co. (NYSE:MON) certainly isn’t helping.

But just what are GM crops, and what evidence do we have to suggest that they are dangerous to human health?

Monsanto wasn’t always in the GM corn and alfalfa business. The company’s first product, introduced in 1901, was the artificial sweetener saccharine. By the middle of the 20th century, Monsanto had expanded into the manufacture of many other chemical products, including plastics, herbicides and insecticides, including DDT, now largely banned from agricultural use worldwide. From 1965 to 1969, Monsanto produced Agent Orange for U.S. military use in the Vietnam War — as did several other companies, including the Dow Chemical Co. (NYSE:DOW) — and has since been subject to numerous lawsuits related to the herbicide’s contamination with a toxic dioxin compound.

One of Monsanto’s flagship herbicides is the comparatively innocuous Roundup, a weed killer made from the chemical glyphosate. Roundup kills plants by mucking with their ability to synthesize certain essential amino acids. It accomplishes this by inhibiting an enzyme called 5-enolpyruvylshikimate-3-phosphate synthase, or EPSPS.

In 1996 — just a few years before Monsanto’s U.S. patent on glyphosate expired in 2000 — the company began introducing genetically modified “Roundup Ready” crops that were impervious to Roundup, allowing farmers to use the herbicide without fear of harming their plants. Roundup Ready crops contain a version of EPSPS that is unaffected by glyphosate, as noted in the Proceedings of the National Academy of Sciences in 2006. This pesticide-resistant enzyme was taken from a bacteria growing on the waste at a Roundup factory.

Monsanto also makes corn, potatoes, cotton and soybeans that can synthesize their own insecticide called Bt toxin, a trait grabbed from the soil bacterium Bacillus thuringiensis. Other GM crops are being developed to resist drought via the introduction of genes from other plants such as Arabidopsis thaliana, aka thale cress; moss; and yeast.

Genetic modification is the cornerstone of agriculture — through generations of breeding, humans took one species, the wild cabbage Brassica oleracea, and turned it into a host of different foods, including broccoli, Brussels sprouts, cabbage, cauliflower and kale. Now, biotechnology has accelerated the process and allowed breeders more precision in designing their crops. There is much disagreement about the cost of these advances.

“There is broad scientiﬁc consensus that genetically engineered crops currently on the market are safe to eat,” Pamela Ronald, a Univeristy of California at Davis professor, wrote for Scientific American in 2011. But the American Academy of Environmental Medicine has warned of “serious health risks” indicated by animal studies measuring the effects of GM foods.

And much of the public is convinced that genetic modification is a health danger — hence the fierce push to label GMO food and broad restrictions on GM crops in Europe.

Some of the health concerns of food-safety advocates are warranted. There is plenty of scientific evidence to recommend caution with respect to certain kinds of genetic modification, especially if there are genes involved that confer antibiotic resistance. But some of the studies that portray the most dramatic health effects of GM crops have been called out by other scientists as deeply flawed.

One of the first major concerns that arose with the birth of GMOs was the possibility that grafting genetic traits from different plants onto other crops could be dangerous to people with food allergies. If you know you’re allergic to nuts, you know to stay away from them. But would you also have to keep away from GM crops that contain nut genes? And how would you know which GM crops to stay away from?

In 1996, the New England Journal of Medicine published a paper that identified a possible allergic reaction to GM soybeans. A team led by University of Nebraska scientists found that a Brazil nut protein introduced to improve the nutritional quality of GM soybeans was able to provoke an allergic reaction in people with Brazil nut allergies.

However, this problem can likely be nipped in the bud with proper safety testing. U.S. Department of Agriculture researcher Eliot M. Herman noted in the Journal of Experimental Botany in 2003 that the GM soybean injected with the Brazil nut gene “was abandoned during development, no product was released and no one was harmed.”

Currently, the U.S. Food and Drug Administration does not require biotechnology companies to do premarket safety testing, including allergen testing (although the agency does recommend it). Calls for making premarket safety testing mandatory have come from numerous groups, including the American Medical Association, as reported by theChicago Tribune. The prospect of hidden allergens could also be an arrow in the quiver of those who are pushing for labeling GMOs in the U.S.

Another health concern related to GMOs rests on the possibility that genes might be transferred elsewhere. The nightmare scenario would be an antibiotic-resistance gene getting inadvertently passed to pathogenic bacteria in a person’s stomach. Much of the work that’s been done indicates that the rate of horizontal gene transfer from plants to animals and bacteria is probably very low. But, admittedly, there’s a real gap in our understanding of how genes may or may not be transferred from GM crops — or other crops, for that matter — into the cells of the gut and the bacteria that live in the digestive tract.

Authors of a 2012 report on animal-feeding studies in the journal Critical Reviews in Food Science and Nutrition found that while it’s clear a small amount of DNA from the diet can survive digestion, we have yet to see evidence that such dietary DNA can be integrated into the genome of an animal or even into the genome of a bacterium residing in the gut.

“However, major methodological limitations and knowledge gaps of the mechanistic aspects of [horizontal gene transfer] calls for methodological improvements and further studies to understand the fate of various types of dietary DNA in the [gastrointestinal tract],” the researchers at the University of Milan wrote.

The one major study of GMO feeding in humans that looked at horizontal gene transfer was published in 2004 in the journal Nature Biotechnology. Researchers looked to see if the Roundup Ready transgene — the one that codes for the herbicide-resistant enzyme — showed up in waste collected from seven volunteers who had had their large intestines removed for medical reasons. While a small amount of the transgene was found in bowel microbes in three of the seven subjects, the gene-transfer rate did not increase after they ate the transgenic soy, leading the researchers to conclude that whatever gene transfer occurred did not happen during the experimental period.

In subjects with fully intact intestinal tracts, the transgene did not survive passage. The results indicate that while horizontal gene transfer after eating GM crops might be feasible at low rates in certain medically compromised people, it would probably be quite rare in most consumers.

A 2008 paper in the journal Environmental Biosafety Research by an Australian researcher who reviewed the risks of GMOs associated with horizontal gene transfer concluded the potential danger was “negligible.”

Overall, it’s clear more research is needed about the ability of genes to move from GM crops into the animals or humans who eats them.

Meanwhile, some individual studies have conclusively found GMOs to be harmful. But many of these have been harshly criticized for loading the dice.

Gilles-Eric Seralini, a researcher at the University of Caen in France, took a second look at Monsanto data on experiments feeding GM corn to rats in three papers, and claimed the numbers actually showed the animals fed GMOs suffered organ damage, based on the rodents’ growth and organ weights. But several European Food Safety Authority reviews found that Seralini’s math was off, that the rats’ organ weights were within an acceptable range, and that his team’s conclusions were not supported by the evidence.

A 2012 paper by Seralini and other researchers purportedly found that a GM corn diet led to cancer in rats. But the study was released under extremely odd circumstances — Seralini made reporters sign confidentiality agreements that prevented them from asking other scientists to give their opinions on his research before an embargo lifted. And once other scientists got a look at the paper, the reaction was almost universally condemnatory, as exemplified by the European Food Safety Authority.

One main objection stemmed from the fact that the rats used in the study belong to a strain called Sprague-Dawley, which is extremely prone to tumors later in life. While Monsanto did use Sprague-Dawley rats in its own experiments with GM corn, such trials lasted for 90 days, whereas Seralini’s experiment went on for two years.

Many critics also said the number of rats used for such a long experiment — 10 rats for each experimental condition — was far too small, as Discover noted. In addition, there were curious gaps in the mortality data for the control rats: It’s unclear whether they died after developing tumors.

A 2011 paper by Canadian researchers supposedly found Cry1Ab, an insecticidal protein made in certain GM crops, in the blood of women and in the cord blood of fetuses. But the study, examining just 30 pregnant women (and their fetuses) and 39 nonpregnant women, also came under attack for its methods and conclusions by critics such as Food Standards Australia New Zealand. The method the researchers used to detect Cry1Ab in the blood has been called into question, and the authors provided no dietary evidence on any of the study subjects. Without that, there’s no way to conclusively draw a link between anything found in the blood and GM crops.

“Too often in the GM-food debate, generalizations and extremism lead to sterile public and political discourse that obscures key issues: what sorts of GM crops might bring true benefits to agriculture and consumers; how to avoid monopolization of farming choices; and what types of sustainable agriculture we want in the future,” Nature editors said last September. “Polarized debates, not GMOs, are the poison to be avoided.”