Foreign travellers flock back to Argentina and Chile 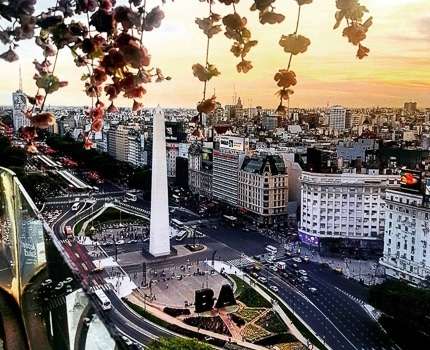 Argentina welcomed 410,000 foreign travellers in October, 76% more than in 2019, the last “normal” year before the COVID-19 pandemic and its ensuing restrictions, the Tourism Ministry reported Wednesday.

October marked a “strong recovery” in terms of inbound tourism, with 410,000 foreign visitors from Uruguay. Between January 1 and October 31, 2022, 5.6 million non-resident visitors entered the country, of whom 3 million spent at least one night, which made Argentina a regional tourism leader for its recovery levels, matching those of Colombia, according to the Ministry.

The agency also explained that last month’s spending by foreign tourists already equalled the 2019 figures. In October, US$ 324.1 million entered the country, “a recovery of 94% concerning the same period of 2019.”

In the first ten months of 2022, accumulated expenditures by foreign tourists reached US$ 2.519 billion.

Inbound air travel recorded a 20% growth compared to September and “touching the maximum so far this year”, with 158,000 travellers, the report showed.

The Ezeiza airport and Jorge Newbery airports recorded increases of 24% and 16%, respectively, followed by the Port of Buenos Aires (12%), the Tancredo Neves International Bridge, and the Gualeguaychú-Fray Bentos Pass, both 8%.

Uruguayan travellers topped the list with 93,000 visitors, a growth of 130% compared to pre-pandemic times. At the same time, Ecuadorians marked a posted recovery of 87.2% compared to October 2019, thanks to Avianca’s new direct flights to Buenos Aires and Quito four times a week. Meanwhile, US tourists bounced back 86% compared to the same month of 2019. Mexican tourists recovered 81%, and Colombians 80%, boosted by the starting of Viva Air’s Buenos Aires-Medellín and Buenos Aires-Bogotá routes, in addition to Aerolíneas Argentinas resuming a daily flight between Bogotá and Buenos Aires.

Also showing a strong increase during October was Chile, reaching a 78.2% recovery after a poor start to the year due to travel restrictions, while the arrival of Brazilians recovered 77% compared to October 2019, mainly thanks to new direct flights by Aerolineas Argentinas.