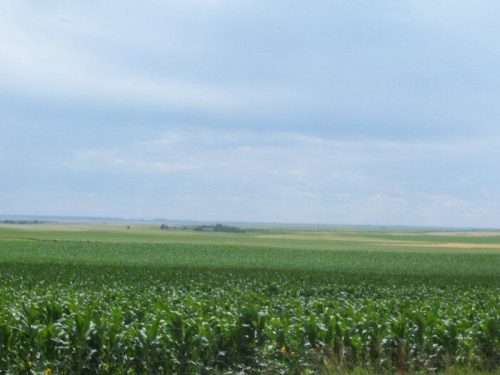 On the high plains around the town of Luiz Eduardo Magalhães in central Brazil, it is easy to feel dwarfed by the landscape.

Fields of soya, maize and cotton stretch to the horizon under immense blue skies, only the occasional tree, silo or patch of scrubby cerrado woodland giving any sense of scale.

Twin-wagoned lorries are laden with soya thunder along the highways. Away from the main roads, human beings are a rarity, glimpsed only in the cabins of combine harvesters or, in the late afternoon as the air becomes still, in the cockpits of crop dusters flying crazily close to the ground.

This is the changing face of Brazilian agribusiness. Over the past couple of decades, the country has emerged as a global agricultural powerhouse. It is now the world’s biggest exporter of a host of food commodities, including beef, chicken, orange juice, green coffee, sugar, ethanol, tobacco and the “soya complex” of beans, meal and oil, as well as its fourth biggest exporter of maize and pork.

Many farmers around Luiz Eduardo Magalhães arrived from the south, where they or their parents typically farmed 40 or 50 hectares. Here, properties often cover tens of thousands, even hundreds of thousands, of hectares.

Along with size and technology, the new arrivals have introduced a commodity often lacking from Brazil’s agricultural frontier: good governance.

“What you can see here is the new model for agribusiness in Brazil,” says André Pessôa, coordinator of the Rally da Safra, a yearly survey of Brazil’s grain producing regions. “It’s not common in Brazil to find farmers presenting accounts to international investors.”

Such investors, he says, want 100 per cent certainty of land title. They want to be sure farmers are obeying environmental and labour laws, that they have good relations with the community and that they take care to insure themselves against fluctuations in commodity prices and exchange rates. “They want transparency and rigour in everything,” he says.

“This is not part of the day-to-day life of the traditional Brazilian farmer.”

During the military dictatorship of the mid-1960s to mid-1980s, much of the expansion of agriculture was disorganised at best.

Under the military slogan “occupy it or lose it”, ranchers settled stretches of Amazon rainforest, paying little heed to details such as ownership of the land in this huge land grab.

Ranching often paved the way for farming, especially in central states such as Mato Grosso to the immediate south of the Amazon basin. Land settled by southern farmers had previously been regarded as useless for farming because of its high acidity. But Brazil is abundant in chalk; by scattering this and other additives farmers turned central Brazil into a hugely productive and fast-expanding agricultural frontier.

Mato Grosso has been especially successful because of its flat, relatively cheap land and abundant rainfall. Farmers there often manage to sow and reap three crops each year, often rotating between soya, maize and cotton.

But talk to farmers in Mato Grosso and they will tell you they face one big disadvantage: logistics. Soya once harvested often travels more than 2,000km along badly pitted roads to ports in Brazil’s south-east, putting a big dent in farmers’ competitiveness.

Further east around Luiz Eduardo Magalhães, in the far west of the coastal state of Bahia, things are different. Rainfall is less abundant but predictable.

Farmers are happy with two crops a year, again often rotating soya, maize and cotton. All the maize produced here is consumed locally. “This is a relatively poor region that is growing at Chinese rates,” says Mr Pessôa.

“Incomes are rising and so is the consumption of food.”

Western Bahia has also attracted interest from foreign investors. One is Agrifirma Brazil, now called  Genagro which was initially a UK farm fund set up in 2008 and backed by Lord Rothschild and Jim Slater, a former corporate raider. It seems Genagro is owned now by Ace & Co which also owns UAG which is farming a large area in Uruguay but has had mixed results.

Genagro originally owned 42,000 hectares around Luiz Eduardo Magalhães, of which 11,000 were farmed. It’s business model involves bringing new standards of governance to farms it buys under operation and applying those standards as it opens new areas for farming. “Genagro model is to look after the three Ps: productivity, people and the planet,” Nowadays due to its ownership structure it is hard to identify exactly what it does own or lease in the region.

“They say respect for the environment and for people, with a focus on productivity and profitability, brings much better governance.”

In practice, this means strict compliance with environmental and labour laws and applying the best managerial practices, in training, farming methods and finance.

David Cleary, head of a programme to preserve Brazil’s cerrado at The Nature Conservancy, an environmental group, agrees.

“Genagro is a classic example of the kind of new actor that is changing the cerrado around,” he says. “They want to do the right thing and they view the wrong thing as a risk and a cost.” He says Western Bahia and areas in the neighbouring states of Tocantins, Maranhão and Piauí are the “filet mignon” for new investors.

“These are remote areas that have historically been run by old-style landowners not known for being law-abiding,” he says. “Now they are being overtaken by globalisation and realising that if they want to attract investment they have to be serious about governance.”

Several other funds are operating in western Bahia or actively looking to invest. One is Adecoagro, backed by George Soros. Grupo Iowa and Global Ag Biodiesel, two funds backed by US and Brazilian investors, are among the others.

They are not alone in demanding good governance. Walter Horita owns 45,000 hectares with his two brothers. Their business is run along corporate lines.

The population of Luiz Eduardo Magalhães has tripled to more than 50,000 over the past decade as agribusiness has moved in. Other towns in neighbouring states are at the earlier stages of similar transformations.

“Today, without a doubt, Bahia is better positioned because of the quality of land and logistics, but we think other regions will have the ability to apply the same model.”