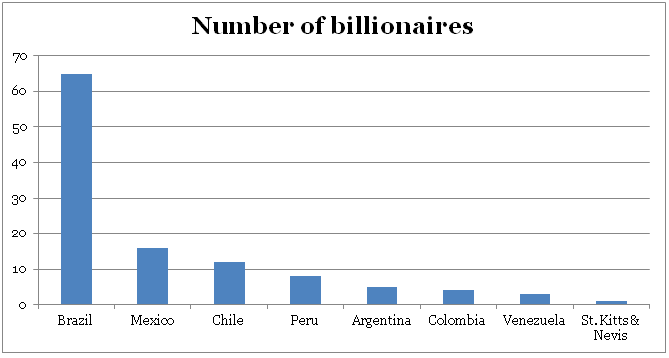 Chile is home to 11 billionaires in South America, out of whom 10 have made it to the list of Forbes’ 2016 billionaire rankings.

The Forbes Billionaires list is a snapshot of wealth taken on Feb. 12; we used stock prices and exchange rates from that day. Some fortunes could have changed considerably since then. 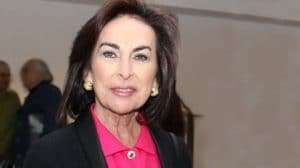 Chile’s richest person, Iris Fontbona, inherited mining assets from her late husband and now shares a $15.5 billion fortune with the rest of her immediate family, making her the fourth-richest in the region. Her net worth is equivalent to 6% of Chile’s GDP.
Iris Fontbona is the widow of Andrónico Luksic, who built a fortune in mining and beverages before dying of cancer in 2005. He left his businesses to his wife and three sons: Jean-Paul, Andronico and Guillermo (who died in 2013 of lung cancer at age 57). Fontbona and her children control Antofagasta Plc, which trades on the London Stock Exchange and owns copper mines in Chile. The family also holds a majority stake in Quiñenco, a publicly-traded Chilean conglomerate active in banking, beer, manufacturing, energy, transportation and port services.
Other family assets include two chains of hotels in Croatia, Adriatic Luxury Resorts and Laguna Porec.
In 2015, Iris Fontbona donated a record $4.3 million to the annual Chilean Telethon, which benefits children who have physical disabilities. 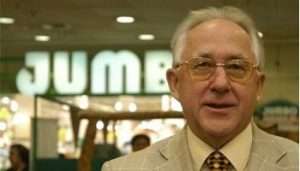 German-Chilean mogul Horst Paulmann is steadily expanding his retail empire across South America. The founder of Cencosud, Paulmann built the third-largest retailer in Latin America and the largest in Chile, with 140,000 employees and operations in Argentina, Brazil, Chile, Peru and Colombia.
As a teenager, Paulmann moved from his native Germany to Chile after World War II and opened his first supermarket in 1976. Today he operates more than 677 supermarkets and 30 shopping centers including Costanera Center in Chile – Latin America’s largest mall.
In January 2016 Chilean regulators accused Cencosud, Walmart Chile and Unimarc of fixing the price of fresh chicken between 2008 and 2011. Cencosud faces a potential fine of $23 million. In a company statement, Cencosud denied the allegations. 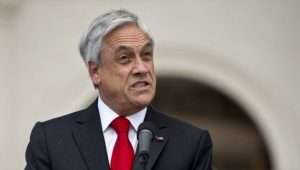 Sebastian Pinera left the Chilean presidency in March 2014 after a four-year term. The businessman-turned-politician founded credit card company Bancard in 1976.
After he was elected president in January 2010, he kept his campaign promise to sell his holdings. He unloaded his 26% stake in Chilean airline LAN for $1.5 billion, sold the TV channel Chilevision to Time Warner for a reported $150 million, and sold his share of popular soccer team, Blanco & Negro.
Since he left office, he has been working with the charities he founded, including Fundación Futuro, which supports educational, cultural and conservation projects in Chile.
He has also been a vocal critic of his successor, Michele Bachelet, and has vowed to lead Chile’s conservative wing back to power in 2017, though he has not formally declared his own candidacy. 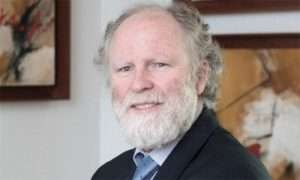 Bernardo Matte Larrain and his two billionaire siblings inherited what is today Chile’s largest pulp and paper producer, Empresas CMPC, from their father, Eliodoro Matte Ossa. They also own stakes in telecom, banking and shipping firms.
Bernardo oversees the family’s other assets, including its stake in Bicecorp, of which he is president and electric utility Colbun.
In May 2014, Bernardo left his position on the board of Colbun to focus on CMPC and Entel, a telecommunications company in which he and his family also have a stake. 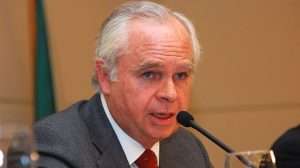 Eliodoro Matte is the president and, with his two siblings, the largest shareholder of CMPC, a Chilean forestry and paper products company they inherited from their late father, Eliodoro Matte Ossa, founder of the company.
Until May 2011, Eliodoro was president of five of Grupo CMPC’s holdings; despite having stepped down, he maintains leadership over Empresas CMPC, the primary holding company. The siblings also have stakes in telecom, banking and shipping firms.
Eliodoro is the president of conservative Chilean think tank Public Studies Center. 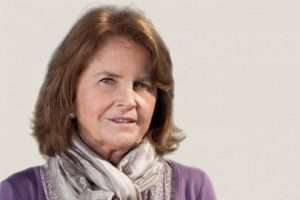 Patricia Matte is the eldest of three siblings, all of them billionaires, who inherited the largest pulp and paper producer in Chile, Empresas CMPC, from their father, Eliodoro Matte Ossa. They also have stakes in telecom, banking and shipping firms.
Matte is a sociologist and sits on the board of Instituto Libertad y Desarrollo, a private think tank that analyzes social issues and public policy and economics.
Matte, who serves as president of the Sociedad de Instruccion Primaria, a Chilean non-profit focused on education has been a vocal critic of Chilean President Michele Bachelet’s education reform policy. 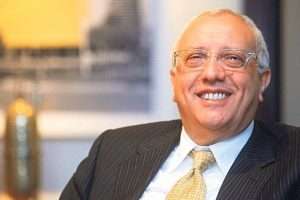 Alvaro Saieh Bendeck owns nearly 50% of the Chilean bank Corpbanca, which he built after buying Chile’s Banco Concepcion in 1995. He added Banco Santander’s Colombian unit in 2012 and announced a merger with the Chilean unit of Brazilian bank Itau Unibanco Holdings three years later.
Saieh’s insurance holdings include a majority interest in Corpseguros and Corpvida. He also serves as the president of SMU, a Chilean supermarket chain in which he is also a major stakeholder.
In 2013, Saieh invested $300 million in the company, which has been struggling in recent years due to integration problems following more than 70 acquisitions.
He also owns the Grand Hyatt hotel in Santiago, Chile. 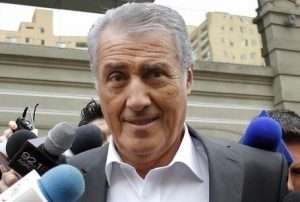 Once the son-in-law of the late Chilean dictator Augusto Pinochet, Julio Ponce Lerou derives his fortune from his stake in Sociedad de Quimica y Minera de Chile (SQM), a publicly traded company privatised by Pinochet’s government in the 1980s.

For almost 40 years Ponce headed SQM, one of the world’s largest producers of potassium nitrate, iodine and lithium – chemicals used in fertilisers and LCD screens – but he resigned as chairman in April of 2015, citing personal reasons.
Ponce is appealing a $70 million fine imposed on him last year by Chile’s securities regulator for illegally trading stock, all as SQM is caught in arbitration with the Chilean government over an alleged breach of contract for its lease of Atacama, the largest salt flat in Chile, containing 29% of the world’s known lithium reserves.
In December 2015, SQM shares surged after news broke that the former chairman was relinquishing control of the lithium producer by welcoming bids for his shares in the company. 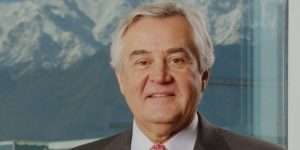 Roberto Angelini Rossi, along with his sister Patricia, heads one of Chile’s largest investment groups, Inversiones Angelini. The group’s biggest holding is publicly traded Antarchile, which distributes fuel, operates fishing and shipping businesses and invests in energy, forestry and mining.
Angelini also owns stakes in Siemel, an agro-business and Eperva, a commercial fishing corporation.
The Angelini family is very private, typically eschewing publicity.
The group was previously headed by Roberto’s uncle, Anacleto Angelini, who died in 2007. 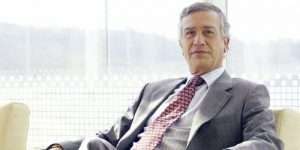 Luis Enrique Yarur Rey is the chairman of Banco de Credito e Inversiones (BCI), a Chilean retail and commercial bank with more than 300 branches throughout Chile and Florida.
The bank was founded by the Yarur family in 1937, and today is one of Chile’s largest banking institutions with more than $30 billion in assets.
In 2015, BCI purchased Miami-based City National Bank of Florida for $947 million. The acquisition marked the first time a Chilean bank purchased a U.S. financial institution.

Chile has a market-oriented economy characterised by a high level of foreign trade and a reputation for strong financial institutions and sound policy that have given it the strongest sovereign bond rating in South America.

Exports of goods and services account for approximately one-third of GDP, with commodities making up some 60% of total exports. Copper alone provides 20% of government revenue. From 2003 through 2013, real growth averaged almost 5% per year, despite the slight contraction in 2009 that resulted from the global financial crisis. Growth slowed to an estimated 2.3% in 2015.

Chile deepened its longstanding commitment to trade liberalisation with the signing of a free trade agreement with the US, which took effect on 1 January 2004.
Chile has 22 trade agreements covering 60 countries including agreements with the EU, Mercosur, China, India, South Korea, and Mexico.