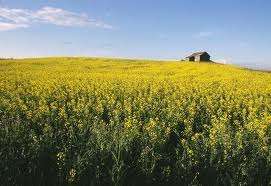 The quest to feed the world’s rapidly growing population over the next 40 years needs a front loaded approach to funding agricultural research, according to a report on food security released recently.

New science and technologies are among the tools needed to achieve a huge ‘sustainable intensification’ of agriculture aimed at feeding the nine billion people expected to inhabit the planet by 2050, says ‘The Future of Food and Farming: Challenges and choices for global sustainability’, published by the UK government.

But, because of the time lag in reaping the benefits of research aimed at achieving this, basic and applied research need to be funded now, says the report, put together by 400 scientists from 34 countries.

Recent evidence from many countries shows that productivity increases at a slower rate when investment in research and development is reduced, says the report.

Improvement in infrastructure and the revitalisation of agricultural extension services are essential interventions, said the report. But modelling studies agree that “the most critical driver of future food supply is the rate of growth of yields due to new science and technology. New knowledge is also required for mitigation of and adaptation to climate change.”

The report’s authors call for investment in new technologies including genetic modification, cloned livestock and nanotechnology, but added that such research should be done in the context of competing risks and the costs of not using such technologies.

They add that human and environmental safety measures should be rigorously established. The people who could benefit from the technologies must be involved in decision-making at all stages of the development process, they said.

It is equally important to invest in neglected research areas, such as agronomy, agro-forestry, agro-ecology and soil sciences, Charles Godfray, chair of the lead expert group of the Foresight Project on Global Food and Farming Futures, which produced the report, told SciDev.Net.

And the report says non-governmental organisations should “identify and plug gaps in research not supported by the private and public sectors … [such as] recent initiatives on biofortification and water-resistant crops for African smallholders”.

Jules Pretty, also a member of the project’s lead expert group and director of the Centre for Environment and Society at the UK’s University of Essex, called for a move away from the “binary opposition” between high-tech and low-tech approaches.

“We need both biotechnology and organic approaches,” he told SciDev.Net.

He said that the key to effective agricultural science will be to ensure it is locally adapted and developed together with the farmers to fit crops to local circumstances.

“The idea of a linear chain in which researchers pass their technology to farmers is an old one and we need to move away from it,” he said.

The report also made recommendations for policy, trade and economic issues related to ending hunger.

It was produced by the Government Office for Science with support from the government’s Department for Environment, Food and Rural Affairs and the Department for International Development