Flight of the Phoenix – Christina Kirchner returns to power 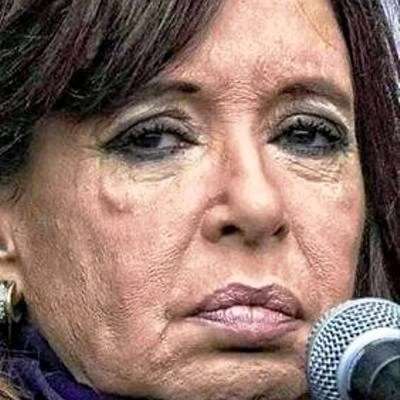 It is often said that politics is theatre. This has been especially true during the past four years in Argentina, which has been a high-stakes melodrama along Kafkaesquelines, redolent with existential anxiety, alienation, and absurdity.

The convoluted plot sees the ruling President Mauricio Macri and his coterie of media magnates and partisan judges trying to bury the immediate past president, Cristina Kirchner, in vexatious criminal prosecutions and relentless calumny. But when their neoliberal economic policies crash and burn it is Cristina who ascends from the ashes. The play unfolds as follows.

A maudlin, million-strong crowd gathers in front of the Presidential Palace to farewell Cristina, who must relinquish office due to constitutional term limits. Bedecked in glittering jewels and haute couture, Cristina channels Evita Perón as she appears on the very same balcony where Evita, knowing she was dying of cancer, uttered her most famous line: “Don’t cry for me Argentina.” Cristina (a devout Keynesian whose rule successfully proved that a mixed-economy, intervention and expansionary fiscal policy during downturns, works well in Argentina where income inequality is egregiously pronounced) consoles her teary-eyed followers in flights of vaunting rhetoric promising, “I will return.” With Cristina constitutionally barred from what would have been landslide re-election, neoliberal billionaire Mauricio Macri wins the presidency by a wafer-thin margin. And in a not-unexpected volte-face, he promptly removes exchange controls and export taxes, slashes energy and public transport subsidies and suppresses wages.

Macri and his fellow travelers doggedly demonize Cristina in the media as an irresponsible, populist villain, and put her on trial for corruption. But she retains the diehard support of the 35 percent of the electorate who inhabit Argentina’s numerous slums (known as “villas”) and particularly those in Buenos Aires Province who elect her as their Senator. Cristina keeps a low profile, only appearing for Senate votes, to launch her memoir (the #1 best-seller, Sinceramente) and to give evidence in a burgeoning number of criminal trials when her supporters throng the court district in the hope of seeing her, and all the while, Cristina bides her time. In the gilded salons of the presidential palace three years on, Macri reels when he learns his four years of “reforms” have resulted in inflation totaling 240 percent, GDP decreased 3.4 percent, unemployment at 9.7 percent and, despite his “zero poverty” promise, it’s more than doubled to 32 percent from 15 under Cristina.

Millions of citizens march in protest against Macri’s economic policies and the IMF’s US$57 billion bail-outs he arranges to stave off default. With a new presidential election looming, Cristina, aware of how viscerally polarising Macri has made her, artfully enlists the assistance of an old ally, former Chief Minister and respected centrist, Alberto Fernández. He agrees on a “Fernández for president, Cristina for vice-president” ticket, which raises suspicions Fernández is no more than Cristina’s stalking horse.

Then in a desperate, too-little-too-late bid to salvage his re-election hopes, Macri abandons his principles and removes GST on food, freezes energy and transportation prices, increases the minimum wage by 25 percent and imposes foreign exchange controls.

The real cliff-hanger is how long Fernández will last as President, which is unlikely to be for long unless he gives Cristina free reign to dictate policy and she’s happy in the back seat (fat chance, some would say).

The more plausible denouement will be that Fernández will resign the presidency after an already agreed interval, in which case, as Vice President, Cristina will inherit the presidential sash and baton, satisfying her myriad supporters, as well as her own, prophesy, “I will return”

Thomas Manning who has advised on and managed projects for New Zealand companies in Latin America for over 30 years, Thomas is a former Vice President of the Latin America New Zealand Business Council and is a Buenos Aires Times Columnist who also writes regularly for EMA's BusinessPLus Magazine.