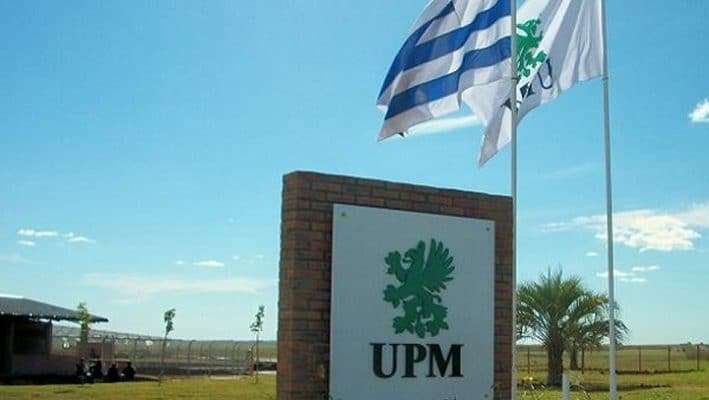 The firm claims that the investment will create thousands of jobs in a country with a growing unemployment problem but environmentalists are concerned about the plant’s effects on the river.

Finnish company UPM said Tuesday it will go ahead with plans to invest more than $3 billion to build a eucalyptus pulp plant in Uruguay.

The plant will begin functioning in the second semester of 2022 and some construction is set to begin “immediately.”

The company will spend USD 2.7 billion to set up the plant itself and USD 350 million on river port and logistical facilities.

The company already operates one such plant in Uruguay. It was highly contentious because it is located on the Uruguay River, which forms the border with Argentina, which sued earlier over the potential fallout to the waterway.

On Tuesday, Finnish company UPM confirmed an investment of more than USD 3 billion to build a controversial second pulp production plant in Uruguay.

The investment includes USD 2.7 billion for an industrial plant in the Department of Durazno (center) and USD 350 million in port facilities and logistics in the port of Montevideo. Construction will begin in the second half of 2022.

The Uruguayan government of Tabaré Vázquez and UPM negotiated an agreement – the terms of which have not yet been revealed – for this industrial enterprise that will be installed on one of the country’s main internal rivers.

The project has made clear criticism from environmentalists who fear for the future of the watercourse; and the political opposition, which questions the Executive’s commercial and labor concessions to the company.

The Finnish company’s second plant would produce about 2.1 million tonnes of cellulose per year, increasing the company’s production in Uruguay by 50%.

“Uruguay has demonstrated a consistent long-term vision in developing the conditions needed to attract foreign investment, building the foundations for industrial development. I humbly recognize the determination with which decision-makers have made progress in the country’s economic development.

Today’s decision will provide many opportunities for Uruguayan small and medium-sized enterprises and skilled labour in the downtown area, which will benefit thousands of Uruguayans in the coming decades,” says Jussi Pesonen, President and CEO of UPM, in an official statement company.

According to the company, UPM would employ 6,000 workers during the construction of the eucalyptus cellulose plant, but it is could generate more than 10,000 jobs once it is finished. Of these, about 4,000 would be employed by the company directly. In addition, it says that more than 600 companies would be involved in the value chain, which would generate permanent jobs.

The company estimates that this second plant will increase Uruguay’s gross product by approximately 2% and the annual value of the country’s exports by approximately 12%, according to independent socio-economic studies cited by the company in its release Press.

Pesonen says that over the past decade, the company, which manufactures wood in addition to cellulose and paper, has developed an additional forest base in Uruguay and “has created a market-driven cellulose business with a broad customer base in the increasing end-uses.”

One of the purposes of the new plant would be to be able to meet the growing demand for cellulose in Asia. UPM explains that Asian markets are where demand has grown the most – growing almost 3 annually – and that they want more paper, toilet paper, packaging and special papers.

UPM also ensures that it will be able to maintain a constant supply of eucalyptus wood through contracts with small and medium-sized Uruguayan forestry companies, as well as maintain their own plantations.

UPM’s previous cellulose plant generated a major bilateral conflict between Uruguay and Argentina. Argentines opposed the installation of this factory because they said it would pollute the Uruguay River, the river bordering the two countries where the factory had been installed.

Neighbors of Gualeguaychú, a city in Argentina’s Entre Ríos province, blocked the bridge linking the Argentine city with Fray Bentos for 45 days as a protest in 2006. This conflict was elevated to the International Court of Justice in The Hague, which rejected Argentina’s claim on the grounds that there was no evidence that the plant actually had negative effects on the Uruguay River ecosystem.

However, UPM anticipated environmental critics in its statement, saying that “the plant is designed to fully comply with Uruguay’s strict environmental regulations, as well as international standards and recommendations for plants including the latest and best-tested technology available.”

According to the company, the environmental performance of the plant will “be verified with comprehensive and transparent monitoring” and will also generate a surplus of energy. The latter could be a nod to the last blackout in Uruguay and Argentina, which left the two countries completely out of light for several hours due to a power plant malfunction in Argentina.

Uruguay’s lack of electrical independence generated many criticisms within the country. In this regard, The UPM statement stated that the plant will “generate a surplus of firm, predictable and renewable energy of more than 110 MW strengthening the country’s energy matrix.”

More UPM information on the project