Feature Analysis: Will a new team turn Argentina’s economy around in time ? 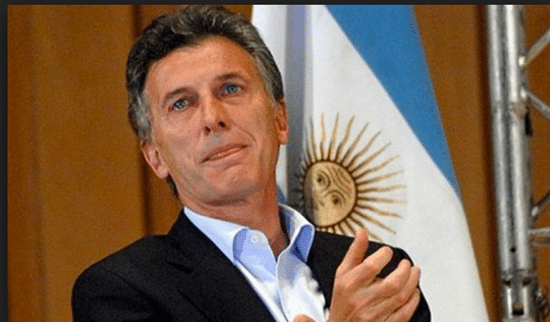 Since taking over as Argentina’s president a year ago, Mauricio Macri has implemented free-market measures in an effort to spur the economy and attract foreign investment. However, the country’s economy contracted for the fourth consecutive time in last year’s third quarter, and Macri in December dismissed his finance minister, Alfonso Prat-Gay, and split his ministry of treasury and finance into two cabinet departments. What kinds of economic policies can be expected of new Treasury Minister Nicolás Dujovne and new Finance Minister Luis Caputo? What policies should the Macri administration push in order to restore the country to growth? To what extent will mid-term legislative elections in October complicate efforts to reduce the country’s fiscal deficit and pass other needed reforms?

Daniel Filmus, Parlasur deputy, researcher at the National Scientific and Technical Research Council (CONICET) and professor at the University of Buenos Aires: “Mauricio Macri’s economic policies have had serious consequences. All indicators show a negative trend. GDP has decreased, inflation was at its highest level in 15 years, the fiscal deficit increased sharply, external indebtedness grew, income distribution was regressive, thousands of companies shut down and so on. Foreign investments also did not arrive. Social indicators also accompanied this trend. Unemployment, poverty and indigence increased. Purchasing power fell, and the domestic market collapsed. Investment in key areas such as science and technology declined. All of this caused the fall of Alfonso Prat-Gay. However, in order to change this trend, just changing names isn’t sufficient. It is necessary to change policies. Nothing allows for this change.

The government is continuing to bet on debt to sustain a fiscal deficit and the dynamism of sectors that have little impact on the real internal economy. In a world that will show more difficult economic conditions, the consequences are predictable. To make matters worse, this is a legislative election year, and efforts will be aimed at expanding the debt in order to sustain the deficit. This has already caused the resignation of the president of Banco de la Nación, Carlos Melconián. This will further complicate the economy’s future recovery. Reasonable policies that generate equilibrium and macroeconomic stability and at the same time support the growth of the domestic market, using credit as a lever for innovation, production and national industry as well as the recovery of consumption capacity and a progressive distribution of income seems to be the only way to reverse the present situation.”

Miguel Kiguel, executive director of EconViews in Buenos Aires: “The Macri administration during its first year concentrated its efforts on correcting the large distortions in relative prices, on resolving the default to restore access to international credit and on dismantling the systems of price and foreign exchange controls. In addition, the government took important steps to de-regulate the economy and improve the business climate. Despite these positive measures, this first year was difficult, as the economy suffered a deep recession and high rates of inflation. But these effects were largely anticipated, due to the ‘tough’ policy measures that the government put in place. Inflation has now receded and has dropped from around 4.5 percent per month in the first half of the year to around 1.5 percent. The biggest concern is growth, as the economy remained in recession at least until last November.

In December, there was scattered evidence of a recovery, and there seen to be green shoots in agriculture and even in consumption. Will they develop or dry-up? Most likely, the economy this year will enjoy growth, mainly because the factors that led to the recession have been reversed: interest rates dropped, public works are on the rise, inflation has stabilized at lower rates and real wages are up. The recent changes in the cabinet do not signal a change in policies, they are intended to achieve better teamwork. Dujovne is an experienced economist with an excellent reputation and who is likely to closely monitor government expenditures, while Caputo is well-known for his ability to manage debt. All in all, Argentina is likely to maintain a friendly investment climate, and the economy is up for a year of growth and much lower inflation.”

Paula Alonso, associate professor of history and international affairs and director of the Latin American and Hemispheric Studies Program at The Elliott School of International Relations at The George Washington University: “Argentina has lifted capital controls, agreed with holdout bond investors, improved economic statistics and published a set of targets on inflation and fiscal deficits. A roadshow announced Argentina is back, relations with the IMF have been normalized and the country will chair the G20 in 2018. However, the previous government left the Macri administration with a massive fiscal deficit and a myriad of microeconomic problems, distorting economic incentives. Fearing their impact on the economy and on social cohesion, progress has been relatively slow on these issues. The new treasury minister, Nicolás Dujovne, is a highly respected economist, a fiscal hawk and a budgetary expert who will try to further reduce spending by enhancing efficiency.

Dujovne is helped by better-than-expected results from the recent tax moratorium, reducing the financing requirement for 2017. However, the government faces a tricky juggling act. It must issue around $10 billion of debt this year and must continue to bring inflation down and reduce the fiscal deficit. However, at the same time, it needs to attempt to boost growth in the face of headwinds, as growth still falters in Brazil, global interest rates rise and U.S. trade policy may become more restrictive. The outcome will affect the mid-term election in October. Indeed, one of Macri’s main political achievements in his first year has been his success in negotiating (with costly concessions) significant laws in a Congress where ‘Cambiemos’ only has 87 out 257 seats in the lower house and 15 out 72 in the Senate. He has also succeeded in establishing good relations with key provinces, including those in the hands of the opposition. The election will be a decisive political battle; it will not only define Macri’s power and the future of ‘Cambiemos,’ but it will also begin to define the leadership of the fragmented Peronist Party. The government is betting that the economic recovery will be strong enough at polling time”

Daniel Artana, chief economist at FIEL in Buenos Aires: “The new economic team should be more focused on achieving gradual improvement in the fiscal accounts. Last year, the government was able to comply with its target for the primary deficit, but with the help of one-off fines collected from the tax amnesty. The target for this year assumes an additional improvement of 0.6 percent of GDP. It would be a very positive signal if the new team achieved this fiscal target in a year of crucial mid-term elections, without using creative accounting. The economy will rebound in 2017. However, to consolidate medium-term growth, Argentina needs to increase investment and to raise productivity. The government is working slowly on reforms to improve productivity.”

(This article was published in Latin American Advisor, a publication of www.thedialogue.org on 25 January, 2017)