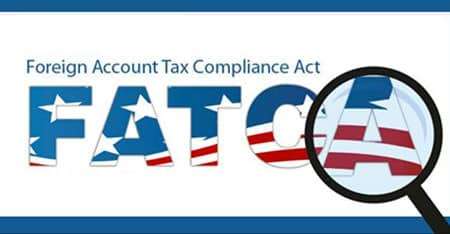 The FATCA or the Foreign Account Tax Compliance Act. This is one-sided law which forces other countries to enforce US tax laws. If they fail to do so, they’re effectively locked out of US markets and the US dollar – the world’s reserve currency (at least for now).

FATCA imposes a 30% withholding tax on interest, dividends, rents, and similar payments leaving the US. The only way to avoid the tax is for foreign financial institutions (FFIs) to act as unpaid IRS informants. Withholding came into effect last July, although the IRS postponed it for FFIs making a bona fide effort to comply with the law.

Entire countries are labeled “compliant” if they sign what the IRS calls a “Model 1” FATCA agreement. This requires that banks in those countries send the information demanded by the IRS to their own tax authorities to subsequently be sent to the IRS. Other countries, like Switzerland, have signed “Model 2” FATCA agreements. These agreements leave it up to financial institutions in that country to come to an agreement with the IRS.

But there are still some big gaps in the list of countries that have signed FATCA agreements. And the biggest gap of all is the world’s second most populous country: India.

While nearly 1,000 individual FFIs in India have already registered with the IRS to enforce FATCA, for the process to be official, the two countries have to sign an agreement. That agreement is now closer to fruition, thanks to progress made in the “Indo-US Economic and Financial Partnership” meeting earlier this month.

What’s remarkable about the statement that came out of the meeting is that it called for “an early conclusion of reciprocal arrangement on [FATCA] and… an early adoption of the new global standards on automatic exchange of information on a fully reciprocal basis.”

Whilst it’s not always obvious to those in the US, the rest of the world feels enormous resentment against it. There are many reasons for this resentment. One big reason is the US attitude toward other countries, which is exemplified in FATCA. That attitude is essentially: “Do what we tell you… or else.” Since the consequences to a country for not complying with FATCA are so catastrophic, there’s really no choice but to comply.

And that’s why the choice of the word “reciprocal” – repeated twice in the official statement – is so ironic. The fact is, when it comes to FATCA and similar tax-related pacts like “tax information exchange agreements,” information flows only one way: to the US. With very rare exceptions, the US almost never shares tax information with anyone else.

It’s no accident why this is true. As I pointed out in this essay, there can be no reciprocal exchange, because there’s no procedure in US law for that to happen. Sure, the US Treasury can promise to reciprocate. But the fact is, with rare exceptions, no legal mechanism exists in US law for the IRS to send tax information to foreign tax authorities. In fact it is against US law to do so.

The government of India knows this, so it must be especially galling for it to sign an inter-government agreement predicated on a lie. Indeed, the reason India didn’t sign a FATCA agreement much earlier is because agencies like the Securities and Exchange Board of India warned lawmakers there that reciprocity did not – and could not – exist.
But India is about to sign a FATCA agreement that promises reciprocity anyway. Will India hold the US to this obligation? Even if it does, the Republican-dominated US Congress hates FATCA and is unlikely to authorize reciprocal information exchange.

So we have a stalemate… with countries like India caught in the middle. And in the meantime, millions of Americans of Indian descent will have a lot less financial privacy as Indian FFIs sign on to “exchange” data with the IRS.
This is not a good time to have unreported financial accounts in countries that have already signed FATCA agreements with the US, or are about to. If you’re in this situation, you might want to seriously consider retaining a tax attorney to enroll you in the IRS’s latest Offshore Voluntary Disclosure Program.