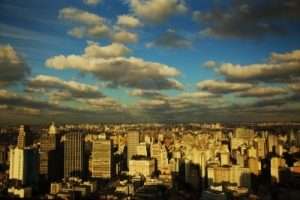 The farming company founded in 1987, El Tejar, who has become one of the biggest grain and oilseed producers globally, has relocated their headquarters from their original base in the province of Buenos Aires to São Paulo.

Among the world’s top grain producers in 2012, the company have now also almost replaced their Argentina chief executive, Horacio Ackerman, with Brazilian Luiz Kaufman. The changes come as a result of a disintegrating relationship between the Argentine government and the farming industry combined with a natural transformation within El Tejar.

The move marks the company’s shift in strategy from leasing to owning farmland and with the capital injection from financial backers El Tejar’s land purchases where facilitated. Investors include London-based hedge fund Altima Partners who have built a 40% stake since 2006 and US private equity firm Capital Group who owns a 15% stake having invested in 2009. Institutions and the founding families hold the remaining stake.

In 2011 the company failed to meet their plans of selling bonds on the public capital market and their plan to launch a widely expected IPO last year never materialised either. However, the IPO is more of a question of when rather than if as a result of having hedge funds and private equity investors among its shareholders.

Their need for a strategic re-think of its business model are a consequence of the land rental costs in Argentina soaring in recent years, causing the company’s margins to decrease despite rise in grain and oilseed prices. A way to re-gain control of productivity and profit margins is to move into owning rather than leasing agricultural land.

The company has increased its purchases of farmland, principally in Brazil, since the death of its founder in 2010, Oscar Alvarado.

Now one of the top producers of soyabeans in the country, Brazil has approximately 65% of El Tajer’s operational assets as well as the chief financial advisor and most of its executive team being based in São Paulo.

Other companies such as Los Grobo, Cresud and MSU show that El Tajer isn’t the only Argentina agribusiness in recent years to be expanding across borders and taking advantage of the abundant land supply in Brazil. Although Brazil’s lack of transportation infrastructure, high energy and labour costs present challenges to the company’s shifting their base.

www.gatewaytosouthamerica.com
The Gateway Team – When You are Serious About Property