El Síndico: The Protector of Argentine Shareholders and Members? 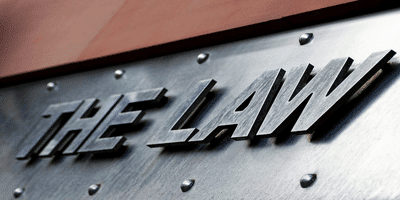 Gateway to South America on 15/08/2019 - 14:12 in All categories of countries are, Argentina-General, Argentine farms, Commercial Argentina

Argentina’s National Constitution may be modeled after the U.S. Constitution but the South American nation’s corporate law draws primarily on the legal tradition of Continental Europe.  Beyond its similarity as a “code-based” legal system, much of Argentina’s procedural and substantive rules are specifically inherited from legal systems reformed by the Napoleonic reign. One such remnant of this inheritance is the síndico. The figure of a síndico is completely foreign to U.S. and other common law jurisdictions. Who are these people and what do they do?

The síndico is often translated as “statutory auditor.”[1] This is a misnomer, as a syndic is neither an external nor internal auditor. Internal and external auditors examine financial documents to certify legal compliance for the entity. The síndico is not charged with reporting or validation of financial information. Argentine law places síndicos into a supervisory role aimed at the corporation’s administrative organ. The síndico’s primary duty is to monitor the firm’s directors on the shareholders’ behalf and to layer additional governance for the shareholders’ benefit.[2]

By law, a síndico must be a resident and be a licensed attorney, certified public accountant, or a firm composed of attorneys or accountants.[3] The síndico’s supervisory role entails overseeing management by retaining legal control over managerial responsibilities,[4] and verifying the availability and value of the shares evidencing ownership. A síndico is entitled to demand the preparation of financial statements and must deliver reports to shareholders on the financial condition of the company.[5] They are required to attend every board and shareholders meeting,[6] to sign financial statements, and to issue a report when the financial statements are approved. These personal duties cannot be delegated.[7]

Within its supervisory role, a síndico can be held liable by the owners or by third parties should the company fail to be legally compliant. Síndicos are personally liable for the company’s violation of any law or regulation applicable to it. The síndico’s duty to the owners begins upon appointment and the owners can remove the síndico at any time. The síndico may also be held jointly and severally liable with the directors for any act or omission that breaches the síndico’s duty to the owners.

Síndicos are valuable to corporate governance when acting properly. As overseers of the board, síndicos serve as a conduit for transparency between the owners and the statutory managers. This helps deter negligent or willful misconduct. For privately held companies, this can be meaningful if a conflict arises between the owners and a director who is also the company’s legal representative (and thus exercises absolute binding authority). The síndico offers the owner a means to retain control (e.g., by calling a shareholders’ meeting to remove an obstructive director) and to assure control by the owners.

This article was prepared by Lakeisha Barnes, a legal intern at Wiener Soto Caparrós. For more information about this topic, please contact her at info@wsclegal.com.

This article is based on publicly available information and is published only for informational purposes. It is not intended to be legal advice or a thorough analysis of the issues mentioned.

[2] The company owners (members or shareholders) appoint the síndico with an equal number of alternates for each named síndico. The appointment can last for up to three years but no less than one and the síndico can be re-elected after their term ends.

[3] The law does not state how much experience attorneys or accountants acting as síndicos must have. Recently, a draft act amending the law was submitted to the Senate that includes a minimum of five years’ experience. The majority of the attorneys and accountants of an entity acting as a síndico will also be required to have at least five years of experience.

[4] For instance, special cases where the síndico (rather than the owners) appoints the director.

[5] The report is based on the entity’s inventory, balance and income statements, and the directors’ fiscal year report (called la memoria in Art. 294 of Law No. 19550; Art. 66 of Law No. 19550 provides additional information about la memoria).

[6] Assists by voice and without a vote during director meetings, stockholder meetings, and normal and special assembly meetings.