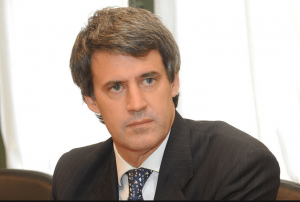 In a meeting with a group of prominent economists that I attended in Buenos Aires last week, I heard something I had not heard in over a decade, at least from the mouth of a serious person: that Argentina will soon have an economic boom. The prediction was made by former Central Bank President Alfonso Prat-Gay, a highly respected professional, who like a growing number of other experts, expects Argentina  to boom once this disastrous and horribly corrupt government of President Cristina Kirchner is removed after the elections of October 2015.

I later discovered that Prat-Gay is far from the only economist who expects Argentina to takeoff after elections next year and amongst other things, that the country will receive a flood of money from the new reserves of oil and gas shale, and because all the presidential candidates are far more fiscally responsible than Cristina Kirchner and her incompetent allies and, therefore, is more likely to attract domestic and foreign investors. Prat-Gay finished his speech with a slide that summarized its forecast in two sentences: ” In the short-term, suffering  but in the Long term a long term boom.”

Today inflation is over 33% per year, foreign reserves have fallen to the value of four months of imports and the economy is in virtually recession. Durante the past eleven years, the President and her late husband have squandered the greatest economic boom that this the world has ever had in recent history. Argentina is a major exporter of soybeans and other raw materials and has also benefited from the worldwide commodity boom. However rather than invest in improving the quality of education, health and infrastructure, this external bonanza was squandered by this populist party with massive subsidies and obscene corruption at the highest level. As many anticipated, the economy has now collapsed.

Market sentiment began to change after the midterm elections, in which the Front for Victory ( Kirchner ) was defeated and it was clear that the current President could not change the Constitution and try to be re-elected for a third term. As well most independent economists mentioned several reasons to be optimistic about the post-Kirchner era. They say it’s no coincidence that the stock market in Argentina has risen by 74% in dollar terms over the past 12 months: larger investors are already looking beyond the Kirchner era and anticipate that 2016 will begin a much better time.

Reasons for optimism that are mentioned by serious economists are:

“We never had this,” said former central bank president Prat-Gay, referring to gas reserves and oil shale. “I do not think we can be so stupid as to let this opportunity slip through our hands.”

My opinion: Argentina is the land of lost opportunities, where populist governments have managed to turn one of the world’s richest countries in an international example of economic decline. I’m afraid the only way to get away from the Argentine populist curse I will create a constitutional rule that acts as a straitjacket to prevent future presidents squander the country’s income. For example, Argentina could do what he did with oil Norway and Chile with copper and allocate a percentage of their future income from oil and shale gas to fund quality education, health and infrastructure.

If it did that, it could become the new darling of Latin American economy before the end of this decade .