With a new owner, Irish, reopens The Inn of the Birds

The team of Boca Juniors and takes place for the preseason. Hand in hand with their new owners, the traditional La Posada of Birds, which was the venue chosen by xeneizes from the first stage of Carlos Bianchi as coach, will reopen on Tuesday. 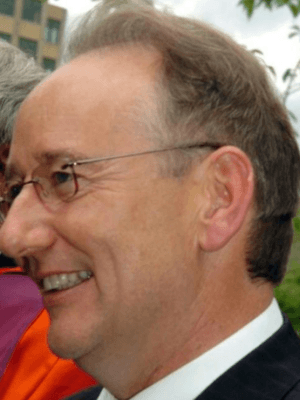 Behind the reopening is an investor group led by Irish businessman Eamon Cleary, although the operation of the facility was in charge of the Argentine Arne Bergsvik.

The Inn of the Birds had suddenly closed its doors last July, when the previous operator of the hotel, the Argentine businessman Ricardo Giovanetti, closed the concession.

“The objectives for the first year are to have an occupancy rate of 50 percent and achieve a turnover of approximately a million dollars,” said Bergsvik. “For 2010 we expect to grow 15 percent and just have a profitable business in the third year,” said the Argentine operator.

Bergsvik reached an agreement with the Irish group to operate the hotel for a period of five years. The agreement includes an investment of $ 250,000 by the local businessman to refurbish the premises of the inn.

To Bergsvik, the project does not mean his debut in the tourist business, because until a few months ago was the hotel owner Beach Inn Cariló.

The Inn of the Birds was opened 20 years ago. At present, it has 17 rooms, a convention hall, restaurant, two swimming pools, a relax room with Jacuzzi and landscaped over 50 hectares. The idea of ​​the new operators to arrange an extension of the hotel, adding at least three more rooms for the 2009/2010 season.

“This is a complex combining Fit for health care with sports training infrastructure,” said Bergsvik. Argentine businessman also is very cautious when speaking about the prospects for the 2008-2009 season to Tandil.

“This year has been difficult for Tandil, with a low rate of early bookings and some bumps may appear on occupation. In our case, we will work with commercial policy very carefully and will favor the possibility of Boca again to make the preseason at our facilities “, explained on site.

Eamon Cleary won control of La Posada Bird in early 2008, as part of an expansion plan in the province of Buenos Aires, which also included the purchase of fields in Tandil Buenos Aires and other cities. The amount of the transaction was not revealed, but sources close to the deal said that the figure disbursed by Cleary over US $ 10 million.

Cleary was born in Ireland, but for more than 20 years ago is based in New Zealand, where he made his fortune investing in real estate. Currently, he is the second richest man in New Zealand and in his capacity as Irish is ranked 220 among the millionaires in the UK.