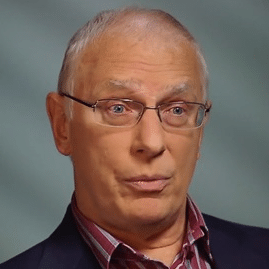 First, it’s good to remember that demographics have a life of their own. That’s not good from the point of view of those of us of European descent. We’re only 10% of the world population and falling rapidly. Worse, it seems we’re responsible for all the world’s problems and therefore aren’t very popular.

In Europe, I expect the ’20s will have a lot of mass migration, the largest in scale since the barbarian invasions of the fifth century. This time there will be millions, then tens of millions, of Africans, coming across the Mediterranean, looking for a higher standard of living—like all migrants.

In the United States, there will be hundreds of thousands coming up from Central America. A Reconquista movement will develop, to make the Southwest Hispanic again. And young Chicanos and cholos won’t be interested in paying 50% of their incomes to support old white broads on Social Security in New England.

Meanwhile, lots of Mohammedans from Central Asia will migrate north to Russia.

Millions of Chinese will migrate to Africa. The reason for this is that the Chinese have lent scores of billions of dollars to Africans to build seaports, airports, roads, railroads, mines, and other infrastructure as part of their One Belt, One Road Initiative. They’re repossessing these assets and bringing in their own people in order to run them profitably—as well as disperse excess population.

All of these things will be massively destabilizing.

The consequence of scores of trillions of new currency units being printed around the world in response to the crisis that began in 2007 will be a catastrophic Greater Depression. Made worse by negative interest rates. Expect massive unemployment, high retail inflation, a collapse of the bond market, and a much lower stock market. Most importantly, expect a lower standard of living for the average American.

#3 The Election of a Left-Wing Democrat

One consequence of the Greater Depression will be the election of a left-wing Democrat, if not in 2020, then definitely in 2024. The US has been undergoing what amounts to a cultural revolution, because the universities, media, and entertainment have been captured by the memes of cultural Marxism. The last cultural revolution was in the ’60s. This one will be much more serious, with broader participation. In fact, the US is on the ragged edge of a civil war between the Red counties and the Blue counties. They don’t like each other and don’t share the same values. The best solution is separation.

China is on its way to dominating the world this century. The changes in China over the last 30 years are both real and unparalleled in world history. But in the meantime, its financial system—starting with its banks—will implode. Mrs Wong will be very, very unhappy to find that 50% of her savings has disappeared.

The US is likely to provoke a major war, partly in an attempt to unite a culturally divided country. But not just a sports war such as we’ve had in Iraq, Syria, and Afghanistan. Probably with China, possibly Russia or Iran. Perhaps with all three. The US won’t do well since it will find that its aircraft carriers, F-35s, and the like are equivalent to cavalry before WW1 and battleships before WW2.

#6 US Dollar Loses Its Top Status

The US dollar will lose its preeminence and will be treated like a hot potato by foreigners. Trillions will flood back to the US in exchange for whatever is available: land, companies, what have you. This will help take domestic inflation to unprecedented levels. Meanwhile, China, Russia, and numerous other countries want to discard the dollar. It makes no sense to use the currency of your adversary—or enemy. Especially when all dollar transactions have to clear through New York.

Foreign governments have been buying gold in anticipation of this. And the gold price will go considerably higher.

But enough doom and gloom. On the bright side, we’ll approach the Singularity. Many technologies—including artificial intelligence, robotics, space exploration, biotech, genetic engineering, and nanotechnology—are advancing at the rate of Moore’s Law.