Emotional ads are processed quite differently by the brain than those that appeal to logic, according to a new study published in the Journal of Neuroscience, Psychology and Economics shows that. That might seem like old news to Neuromarketing readers, but the experimental approach was somewhat different than past efforts in this area. Researchers at UCLA had subjects view different ads, some that used logical persuasion to sell, and others that used what they called “non-rational influence” ads. The latter used mostly images, often of attractive people. (All ads were real ads, though not necessarily currently in use).

When the experimenters monitored the subjects’ brain activity using a form of EEG called low-resolution brain electromagnetic tomography, they found that the information-laden logical ads did light up more of the brain, including both areas associated with decision making and emotions. 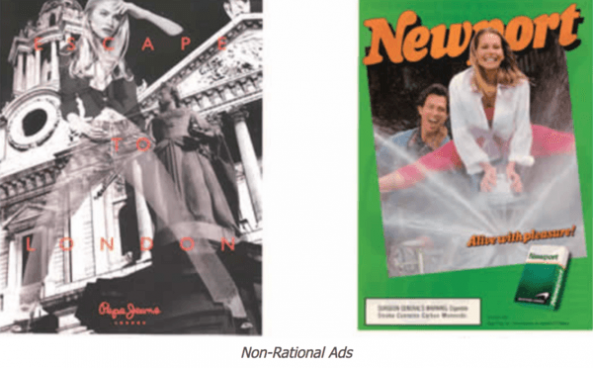 While the higher levels of brain activation sound like good news for ads that persuade with logic, lead researcher Dr. Ian Cook concluded that the emotional ads were more impactful:

Because the results showed that in response to non-rational sensory inputs, activity was lower in areas of the brain that help us inhibit responses to stimuli, the findings support the conjecture that some advertisers wish to seduce, rather than persuade, consumers to buy their products.

That doesn’t mean that facts and logic should never be used. According to Cook, ‘The finding reinforces the hypothesis that preferences for purchasing goods and services may be shaped by many factors, including advertisements presenting logical, persuasive information and those employing images or text that may modify behaviour without requiring conscious recognition of a message. 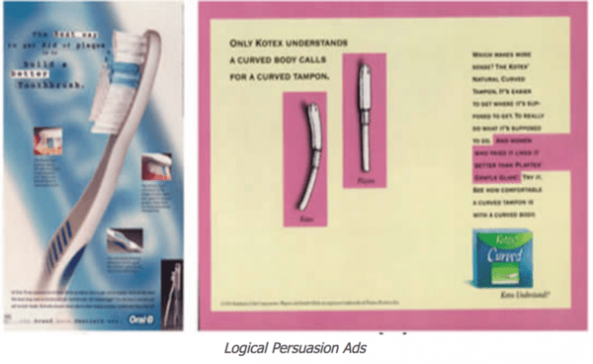 Cook’s comments seem to go a bit farther than the research paper itself, suggesting that attractive men and women make the “non-rational” ads more powerful sales tools. Even if Cook and his coauthors didn’t leap quite that far for publication, the concept is far from outlandish. We know from other work that images of attractive women are particularly effective in ads directed to males ( A Pretty Woman Beats a Good Loan Deal and Bikinis, Babes & Buying). Women seem less influenced by images of men, at least in those studies.

Need to shake up your advertising and boost sales? Run a test of ads that skip the facts and logical persuasion, and instead show imagery of a place and state of mind where your target customer would like to be. Bypass the rational analysis, and appeal directly to your customer’s emotions.