Doing business with the Chinese requires an understanding of their culture 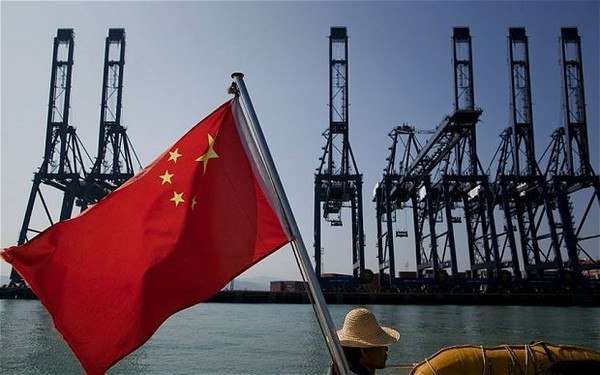 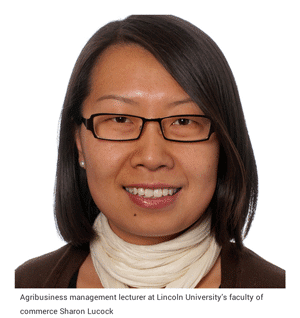 Major cultural differences can be a recipe for disaster when South American businesses try to operate in China. Understanding the distinct characteristics of the Chinese way of thinking is a first step in reducing that risk of failure.

The research by agribusiness management lecturers at Lincoln University’s faculty of commerce in New Zealand, set out to study the cross-cultural business relationships between foreigners and Chinese within the food and agribusiness sector.

Nonetheless, the lessons learned from it apply across most other industries and nationalities too.

As a summary of those major cultural differences, Ms Lucock says that a Daoist perspective of the world and Confucian moral values shapes Chinese behaviours.

“Daoism believes that prosperity derives from following ‘The Dao of Things’, which is the natural way and order of things. This is demonstrated in an emphasis on survival strategies and a pragmatic approach to doing things.”

Consequently, Ms Lucock suggests that the first summarised finding of the report is that the Chinese are more inclined to go with the flow.

“That is not to say the Chinese don’t but they are relatively more flexible and fluid in how they do things, as long as it achieves the final outcome.”

Ms Lucock says westerners tend to be more strict about following a predetermined process all the way through, whereas Chinese are happy to revisit the plan and change it as things evolve.

This strategic thinking has direct implications in cross-cultural business relationships, the report suggests.

Whereas western partners may expect to draft, sign and follow a contract, the Chinese tend to see a contract or a plan as simply a “snap shot in time,” or a mere guideline. They assume changes to the plan will take place as things progress to suit the situation.

Another implication of this strategic thinking, the report says, is the need for the Chinese business party to be presented with a situation that has “good positions and potentials” – as opposed to just a black and white contract. Once this has been presented, the Chinese party will have more confidence in working with the western business long-term.

“This means that when  entrepreneurs are seeking to form a business relationship, it is necessary to reveal the current situation and its potential fully, in a way that would be perceived favourable by potential business partners,” the report says.

“A party’s sincerity for collaboration alone will not secure the partnership. The Chinese party desires to see that the potential collaboration is on an upward trend, with scope for a ‘win-win’ to all parties within business arrangements, which will evolve over time.”

The second summarised finding is that China is a country “ruled by people, not by law.”

Ms Lucock says she heard this being said quite often as a child growing up in China but not very many people will talk about it in front of westerners, in case it gives them the wrong impression that there is no law in China.

“That is not what I am saying. There certainly is law in China and it is followed but when it comes to the interpretation of the law, there is certain flexibility as to the person in charge. So it’s as important to understand where that person in charge is coming from as understanding the law itself.”

The background to this is as follows.

As China has never had a separation of powers between governance and judiciaries throughout its history, those who make the laws also practise them. This has a tendency to make the implementation of such laws appear to be subjective and ambiguous to non-Chinese.

“Combined with the Confucius value system, where hierarchy is highly regarded … Chinese tend to defer to those who are in power, and rely on kinship,” the report says.

What business people need to know is that this means networks and patronage are likely to be more dependable than the legal system.

It is here the concept of “guanxi” (relationships or connections) becomes pertinent in increasing the long-term security of the cross-cultural business relationship.

It argues that such an alignment should work on two levels.

Policy level is the first. The business goal of the foreigner needs to be in line with the target that the Chinese central or local government wants to achieve. Those authorities should never be underestimated in China and westerners should remember that officials there are often more interested in projects rather than products.

“A lot of officials get posted around different parts of the country and they have certain targets, or KPIs, they have to meet,” Ms Lucock says.

She adds that officials may opt for something the public can see, such as a large factory or farm, rather than focus on growth rates or strategic business plans.

“But there are also some officials who do try hard to generate long-term success for the local people.”

The personal level is the second level of the alignment.

Much like outside China, it is important that it’s in the best interest of each party for the other to succeed. Hence, the partnership structure needs to be set up in a way that either party would not want to do anything else but to work towards the success of the other party.

“It is through this symbiotic inter-dependency that a strong relationship or guanxi can be established,” the report says.

The third and final summarised finding from the 48-page report is that compared to foreigners, the Chinese strive to survive – as opposed to striving to succeed (in the western business sense of the term).

Ms Lucock says that many of the Chinese people she interviewed for the report mentioned how hard life is in China and that, although a huge country, per capita its resources are extremely limited, while competition is fierce.

“For example, for years through history, agricultural production has been more or less forced to feed a lot of people. My understanding is that it was hardwired in a lot of people’s minds that they just survive.

“Also, the social welfare system is not at the same level as countries in the west. People worry that if I don’t have a job, what am I going to put on the table for the kids?

“That drives certain behaviours, which is where some of the quick success [attitude] comes through, because you never know what might happen to you tomorrow. Because of that, some people don’t look too far ahead,” Ms Lucock says.

Reflecting upon the report and the land of her birth, the agribusiness management lecturer says many core Chinese values, such as valuing family and viewing business interests in a fluid, evolving fashion, has never really changed in China.

“In fact this [modern] materialism is a reflection of how Chinese do have the characteristics of being pragmatic when the opportunity arises and so they make the most of it.

“So, deep down, a lot of the core values haven’t changed a lot for centuries but at the same time Chinese are actually quite open to western ideas too – especially businesspeople. They do look into how westerners manage their businesses. So it’s a mix of holding on to their traditional value as well as learning what is good on the outside.”