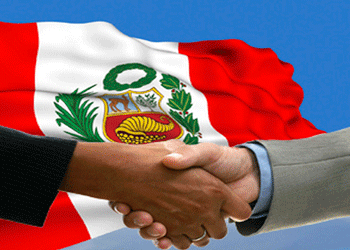 During the decade between 2003 and 2013, Peru’s economy development was steady and exceptional: its real GDP rose at an annual average rate of 6,6 %, the highest average rate in Latin America and one of the most important worldwide. However, this performance was affected in 2014 by an international crisis. Since then, Peru has only shown moderate growth not exceeding 4,0%

Many external factors were pointed to as catalysts of this deceleration, such as the Eurozone weakness, the China hard landing, the slump in raw materials’ prices and the South America downturn, which translated in lesser actual exports and foreign capital flow. But it was also triggered by internal factors, such as the poor growth of private and public investments and the low growth of domestic consumption.

The national government had already gone halfway through its mandate without having been able to regain entrepreneurial trust and speed up the capital injection process. The administration was affected by the corruption crisis in Peru related to Brazilian construction companies and spreading over other countries — Lavajato — and the political instability with opponents holding a majority in Congress, which led to the resignation of President Pedro Pablo Kuczynsky and the assumption of command of Vice President Martin Vizcarra.

However, Peru has maintained an above- average performance in Latin America and the Caribbean. According to the World Bank, Peru is expected to become the region’s fifth most dynamic economy in the next three to five years, after Panama, the Dominican Republic, Paraguay and Honduras, among 27 countries.

The Peruvian economy ended 2018 with GDP growth of 3,9% and the World Bank expects the economy to grow 3,8% in 2009. Prospects for Latin America and the Caribbean are also promising, which is expected to grow 1,7% while the global economy is expected to gain 2,9%, albeit with a potential risk of slowing down.