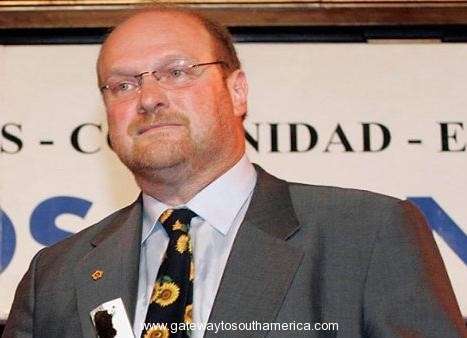 Farming without fields An Argentine farming group is heavy on science and light on assets BRIAN BRETT, a poet, called farming “a profession of hope”. Farmers must pray for just enough rain, amenable soil conditions and good market prices. In Argentina their prayers do not end there. Since the country’s financial crisis in 2002, its government has taxed farmers at between 20% and 35% on their grain exports, while galloping inflation has pushed costs up by 25% a year. Worse, the government has propped up the Argentine peso so that it is 60% stronger than it would be if freely traded, making crops too dear to sell even as commodity prices have soared. 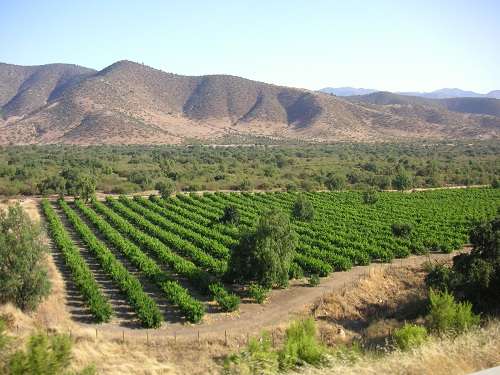 This harsh climate has caused many of Argentina’s agriculture groups to shrink their presence in the country. El Tejar, once Argentina’s largest farming group and still the largest in the Americas, harvested only 30,000 hectares (75,000 acres) in the 2012-13 growing season, down from 180,000 the year before and 300,000 at its peak. The company also moved its headquarters to Brazil.

Los Grobo, a family-owned firm and the second-largest grain producer in Latin America, has chosen a different strategy: metamorphosis. Instead of decamping to Brazil, Los Grobo has sold its Brazilian operations and bought Agrofina, an Argentine agrochemical company, promising to spend 400m pesos ($61m at the official rate) on expanding its output and investing in other seed-treatment plants.

Gustavo Grobocopatel, the chairman of Los Grobo, insists that both moves were merely opportune rather than a contrarian bet on Argentina just as competitors are fleeing. Nevertheless, he is keen for his company to be in a good position to benefit once the economy picks up. Unlike many outside observers, he believes this will not take long.

Whereas most of his rivals focus solely on grain production, Mr Grobocopatel describes his company as a flexible “one-stop shop” that also provides other farmers with supplies, financing, trading services and transport. As a result Los Grobo’s competitors are sometimes also its customers. El Tejar has used its trading and logistics services for more than 20 years.

Los Grobo’s production branch, which reaped nearly $150m in revenues in the 2011-12 harvest, is also more nimble than most traditional grain operations thanks to its lack of overheads. The company does not own a single shovel or acre. Instead it leases machinery and land from others.

This outsourcing model is now used for nearly 60% of farmland in Argentina, where strong property-rights protection and inheritance laws make it ripe for leasing. Los Grobo is credited with pioneering its application on a large scale. Since the 2004-05 harvest, Los Grobo has rented at least 170,000 hectares of farmland. In its peak year, 2010-11, it leased 320,000 hectares in Argentina, Brazil and Uruguay on which it grew wheat, oilseeds and Argentina’s most popular crop, soyabeans.

Until this year El Tejar also rented much of its land and machinery, though it has recently cut its rented acreage to concentrate on working land that it owns. Two other giant Argentine agribusinesses, Cresud and Adecoagro, own most of the land they work, and are thus seen by investors as property plays as much as agribusinesses.

The company’s roots can be traced to 1915, when Mr Grobocopatel’s great-grandfather, Abraham, was given a 15-hectare plot by Baron Maurice de Hirsch, a German-Jewish philanthropist who was helping Jews escape persecution in tsarist Russia. Over the next two generations, the family’s holding grew to 4,500 hectares, before the current generation switched to the asset-light model. At the same time as it was shedding its physical assets, Los Grobo invested heavily in developing new technology and cultivation techniques.

It was one of the first big groups in Argentina to champion no-till farming, a technique that reduces soil erosion. It was also an early experimenter with genetically modified seeds. Both methods have since been widely adopted across the country. Besides wheat and soyabeans, many of Los Grobo’s rented fields are being planted with sensors that send real-time data about soil temperature and humidity to the firm’s managers, to help them monitor the crops.

Mr Grobocopatel sees scope for spreading his high-tech, low-asset model across South America and beyond: “Farming based on knowledge rather than assets will change the paradigm of agribusiness,” he says. “This is the model that is most appropriate for difficult places with inefficient or nascent farming sectors. If applied on a large scale, keeping in mind sustainability, innovation and organisational efficiency, it would mean a revolution.”