Did you miss seeing the Consumers Electronics Show in Las Vegas ? 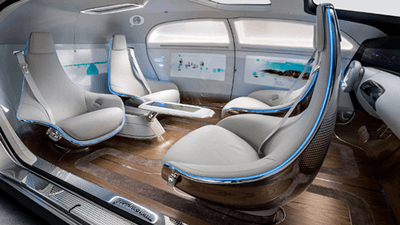 Gateway to South America on 15/01/2015 - 11:29 in All categories of countries are, Argentina-General, Argentine farms, Brasil-general en, Chile – General, General of Uruguay, Perú-general en

In January, the big story in tech is always the Consumers Electronics Show  (CES), which is held in Las Vegas and just wrapped up on January 9. CES is where manufacturers roll out the gadgets and gizmos they’ll be releasing in the near (or sometimes far) future.

It’s the biggest commercial gathering in the world, spread across a dozen different halls, with 3,600 exhibiting companies commandeering 2.2 million square feet of floor space in the Las Vegas Convention and World Trade Center and other venues. This year, 170,000 people showed up for it.

As in 2014, there was a big emphasis on the Internet of Things (IoT), i.e., the move toward getting all of our household devices connected online. This is no small trend. There are now about 10 billion net-connected devices, or 1.5 for each human being on the planet. Tech research and advisory firm Gartner predicts that by 2020, the number will jump to 50 billion, or 8 per person, and the IoT market will be three-quarters of a trillion dollars. Nearly 30% of 2015 CES exhibitors were introducing products and services in the IoT sector.

Among IoT-related offerings at the show:

And some other attention-capturing new items:

All in all, while the 2015 CES didn’t yield anything revolutionary, it did suggest a fun year ahead in technology.