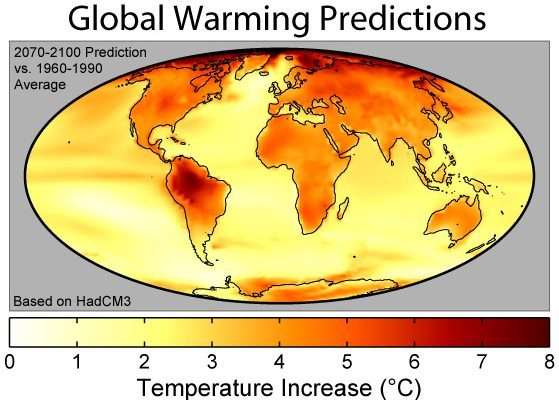 Global Warming. Arguably the buzzword of the century. Preached by some, denied by others, it is the issue that is possibly going to define the legacy of our generation. A brief glance at some statistics tells enough of the story to hammer home what experts have been warning us about for decades.

Since 2001, 17 of the 18 warmest years on record have been registered. Carbon Dioxide levels are at their highest point in 650,000 years, at a quite astonishing 409 parts per million. The global sea level is growing at a rate of 3.2mm a year and has risen a terrifying 7” (178mm) in the last century.

An Opportunity for Change

This article is going to focus on Latin America as a case study for the endless potential that sustainable innovation has in improving the quality of life and economic security in the region, and the notable opportunities that there are for foreign investment in the region.

The results from the study Better Business, Better World LAC suggest that by 2030, there is an astonishing USD$1 trillion of potential profit and opportunity to be tapped into across the Latin American and Caribbean region from purely green, sustainable and innovative business models and investment. The study points to an eye-watering USD$321 billion available in the energy and minerals sector, with USD$328 billion at the disposal of any entrepreneurs that can effectively clean up the highly polluting food and agricultural sector. This estimate comes with the projection of over 20 million jobs across the LAC region.

The start-up boom that has characterised Latin America’s recent economic resurgence includes a very significant subcategory of green concepts that are combining a variety of approaches to entrepreneurship and innovation with the goal of reducing their impact on the globe. The next part of this article will focus on three communities of the economy that are making a statement regarding clean commercial activity: companies redefining the energy production sector, companies using a circular economy and Green Investment Banks (GIBs).

Finding a clean solution to energy production has been at the top of the ‘to-do list’ for decades now. One option that is being pursued by many leaders in the green development sector is the possibility of creating localised, community-focused energy production methods. Industry experts EWT Direct Wind have described the idea of ‘Distributed Systems’ as a solution that “reduces costs of local generation, is quicker to deploy and offers greater security and flexibility to the local energy system”. The Dutch company started their work in their native Holland, before expanding their operations all over the world, from Great Britain to Turkey to Mexico. It is a practical solution to the infrastructural issues that have held back Mexico’s energy sector, with current generation grids often excluding rural and isolated communities. A distributed energy system like EWT will solve the issue of exclusion that many smaller towns and villages suffer from by bringing the solution directly to their communities with a local small-scale wind energy production plant.

Another shift in the Latin Market that is making a significant difference in improving the regions carbon footprint is the emergence of companies that employ a fully integrated Circular Economy. The traditional production timeline of a product or good is described as a take-make-dispose process. To provide an example, let’s consider the production of an everyday object such as a pencil sharpener. This 3-point description refers to the taking of raw materials such as plastic or brass in order to make the product. This pencil sharpener will then be used until the blade goes blunt and it is disposed of. An innovative company that uses a circular economy will break this chain, and provide an opportunity for users of their product/service to recycle parts of the product, reducing costs and waste for both the producer and the customer. To wrap up our pencil sharpener example, London based startup Brahman Design have solved the waste issue of this common stationery item by innovating a new, one-of-a-kind product that provides the opportunity to replace the blade, rather than the entire product.

Circularity has been employed by a number of startups in Latin America, often with the support of local Latin America companies, such as Biz Latin Hub, to tremendous effect in an effort to more efficiently and cleanly deal with waste and rubbish disposal. Brazilian based startup New Hope EcoTech, a 2016 finalist in the Circulars competition which rewards the best companies that utilise an innovative circular economy, is a perfect example of the potential economic power that marrying sustainability with corporate motivations. They have created a platform that links the thousands and thousands of informal rubbish collectors in Latin America with giant waste-producing corporations via a government-funded technological solution that manages the bureaucracy for the corporations and the individual rubbish collector. It is an inclusive system that empowers the ‘little man’ whilst helping large businesses to do their bit for the environment.

The concept of a start-up incubator is by no means novel in Latin America. It is the la mode strategy of choice by a number of governments who have pledged financial support and assistance for startups that look to enter the domestic market of the respective country. The most famous example is perhaps Start-Up Chile. The work of these groups is well known and the results are largely very positive.

Perhaps slightly more under the radar is the work of Green Investment Banks (GIBs). These are specialist financial institutions that receive their money through public contributions and provide support for green investment. Another interesting trait of many GIBs is the fact that they use their financial capital to ease the risks involved in investment for other investors, thus encouraging more participation and nourishing further innovation and development in their market. Interestingly, despite the success of global GIBs, such as GreenTech Malaysia, the only one based in an emerging market, the concept has yet to take off, despite the obvious opportunities, in Latin America. The feeling among experts such as Douglass Sims is that this could be a hugely successful and promising market entry opportunity in Latin America and maybe a space to watch in the near future.

What is the Future?

This article has strived to make clear that and clean industry can and does exist and the mutual interests of all parties involved can be satisfied. The corporate greed that has dominated the international industry for decades is no longer tolerable, and a supposed lack of profitability is not an excuse. The recognition of the importance of green business in Latin America stems back to the 1950sand has been gaining traction ever since. This article hoped to foster optimism and hope in a time where the rhetoric surrounding climate change is often dreary and bleak. People are making a difference and there is plenty more that can be done to help save our planet.