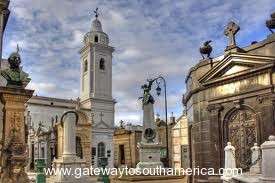 Gateway to South America on 19/12/2016 - 09:37 in All categories of countries are, Argentina Lifestyle, Argentina-General, Buenos Aires Residential

Buenos Aires’ luxury housing market can be found primarily in the more costly neighborhoods such as Barrio Parque, Belgrano, Palermo, Nuñez, Recoleta or Barrio Norte, where there is a concentration of older, stately buildings intermingled with modern, sophisticated high rises. Among the most exclusive are the Estrugamou, the Kavanagh, the Torre Le Parc Figueroa Alcorta, Chateau Libertador, Grand Bourg, and the Palacio Atucha, among others. Real estate prices at these renowned, top quality buildings far exceed average market prices.

People’s reasons for choosing these buildings vary, but the main attractions are the views, spacious rooms, and prime locations. Some are drawn to a building because a famous architect designed it, such as Alejandro Bustillo, Mario Roberto Alvarez, Rafael Viñoly or Santiago Sanchez Elía. For others, the appeal lies in the fact that a famous personality, from history, literature or the arts, previously lived in the residence.

The older more stately buildings are sought after in prime locations, especially with beautiful views of green plazas and parks. The vicinity of Plaza Francia, Plaza Alemania and Plazoleta Carlos Pellegrini are among the prefered locations. Also in demand are the upper floors of modern, luxury high rises which offer spectacular views of the cityscape and the Río de la Plata.

One of Buenos Aires’ architectural icons is the stately Estrugamou building at Esmeralda and Juncal. This classical French structure built in 1929 is very sought after by foreign investors. Architects Sauze and Huguier designed the building with four wings, each of which has one apartment per floor measuring 500-600 m2. The building faces three different streets and each side has a different facade. The Estrugamou offers top-rate architectural quality, constructed with materials brought over directly from France. The sale price of an apartment varies based on its condition, the floor it is located on, and the view it offers. On average, prices start at $3,500 US dollars per m2. A 400 m2 apartment recently sold for over one million US dollars and we currently have another larger one available for a little more than this.

An even more visible and highly recognized architectural icon is the Kavanagh building at 1065 Florida Street, across from the historic Plaza San Martin in Retiro. When the 120 meter high Kavanagh building was inaugurated in 1936, it was the tallest concrete building in Latin America and the first residential building with air conditioning in Buenos Aires. This unique structure is greatly desired for its prime location and first-rate quality. Many of its units have terrace gardens and views of the Rio de la Plata. The Kavanagh building is so significant that in 1999 it was declared a National Historic Monument.

Another of the older, stately buildings that are sought after real estate, is the Palacio Atucha built in 1924 under the design of architect René Sergent. Palacio Atucha, located at Arroyo and Cerrito offers scenic views of the Plazoleta Carlos Pellegrini, yet it is steps away from the city center. In the 1940s the three stories and attic of this residence, which once belonged to Jorge Atucha, where subdivided into apartments and sold to individual owners.

Some people prefer the modern constructions which offer sophisticated services and amenities. The Chateau Libertador close to the General Paz freeway, or the Torre Le Parc Figueroa Alcorta adjacent to the Figueroa Alcorta Shopping mall, are two examples. A 200 m2 apartment on the 22nd floor of this Le Parc tower with a view of the Rio de la Plata, sells for almost $6,000 US dollars the square meter. A parking space sells for $35,000 dollars. The Grand Bourg development is completely sold out and resale units sell for a minimum of $5,500 dollars per m2.

The sought after neighborhood of Belgrano, has its own architectural beauties; it offers both older stately buildings and modern luxury units. The elegant area of Barrancas de Belgrano features views with scenic greenery and the taller buildings offer beautiful views of the city and the river. Sale prices in Belgrano range from $2,500 to $4,000 US dollars the m2.