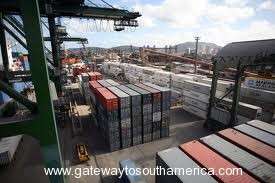 China and the Inter-American Development Bank said on Monday they are starting a $1 billion fund to invest in Latin America, though the Asian giant’s latest push to expand its influence in the region prompted words of caution from Brazil.

To feed its fast-growing economy’s voracious appetite for raw materials, China has invested tens of billions of dollars in the region, from Mexico to Argentina, over the last decade to acquire strategic assets or companies in sectors such as oil, minerals and food products.

“This shows the enormous interest that China has in the Latin American region,” IADB President Luis Alberto Moreno told reporters at the IADB’s annual meeting in Montevideo.

The deal with the IADB also shows China is strengthening its ties to prominent institutions in Latin America. China has been able to expand its leverage in what was traditionally seen as the backyard of the United States partly because Washington was distracted for much of the last decade with wars in Iraq and Afghanistan.

But some countries, namely Brazil, Latin America’s largest economy, have been wary about China’s deep pockets and labor practices even as Brazil has ramped up exports to Beijing.

“We need to look at these kind of proposals cautiously because the Chinese presence in some places has meant that they bring over their own workers and practices,” Brazil’s planning minister, Miriam Belchior, told Reuters at the IADB meeting.

Brazil and China have clashed over trade and investment rules as the two, both members of the BRICS group of emerging economies, race to protect local industries from foreign competition and a slowing global economy. Brazil has raised taxes on some imports and last week succeeded in getting Mexico to rework a decade-old trade deal by agreeing to quotas on exports, raising fears of protectionism in the emerging-markets world.

China has not given full clearance for Brazil’s Vale SA , the world’s largest iron ore producer, to dock its giant “Valemax” iron ore ships in Chinese ports. Analysts say it could be a roundabout effort to protect Chinese shipbuilders.

Brazilian companies are also competing with China for more influence in Latin American and other emerging regions like Africa as their economic clout soars.

China has come under fire for some of its labor practices in Africa that include importing Chinese workers and paying low wages.

Rapidly growing China has surpassed the United States as the main trade partner of Brazil as well as many other commodity-rich countries of Latin America.

Latin America’s leaders have looked to Beijing for trade and investment deals to offset slow economic growth in the United States and Europe.

China has free-trade pacts with Chile and Peru. But a slowdown in the Chinese economy is seen as a risk to commodity prices for many Latin American nations like
Brazil, Chile and Peru.

In addition to the fund with China, the IADB said it would make available more than $300 million to help improve the capacity of public security and anti-crime strategies in a region with more than 30 percent of the world’s murders but only 8 percent of the global population. Crime has risen despite economic growth, Moreno said.