Chile’s economic success was no accident but is there change on the way ? 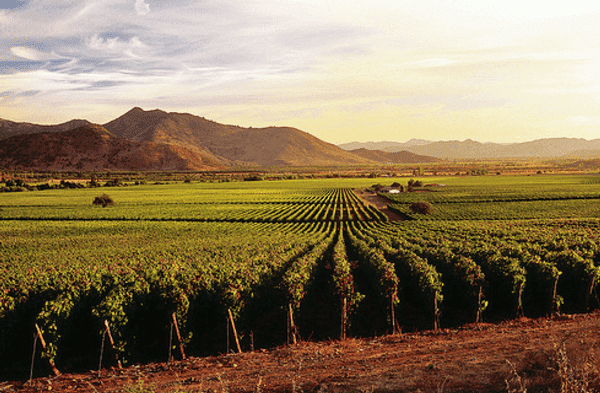 Chile has turned away from its earlier neo-liberal growth policies, described by many commentators as Chiles’s growth miracle.

This year, Chile’s new leftwing government has been busy pacifying foreign investors who had worried about radical President Gabriel Boric’s expensive campaign promises. These concerns may have been overblown, as the fundaments remain the same, but we will see.

The new government, however, believes it can lift spending by using tax reform to raise more revenue. Chile’s tax take is one of the lowest in the OECD at 19.3 per cent of GDP in 2020. The planned changes would gradually raise tax revenue by around four percentage points of GDP by 2026. “In Chile, there’s a firm conviction in politics, particularly in the centre-left, that if you don’t have healthy public finances, you can’t make the reforms you want to pass sustainable,” Marcel said.

Investors have also been unsettled by a debate over Chile’s constitution, which began when the previous government agreed to a demand from protesters for a new document. A draft charter produced by an elected assembly dominated by the hard left was rejected by voters, and discussions are continuing over how to move forward.

Previously the World Bank and IMF believed that Chile’s economic success is mainly due to the neo-liberal, export-oriented policies adopted by the military government back in 1973 and pursued to the present. These are policies based on the underlying principle of free trade and comparative advantage, underpin the GATT’s rationale and the international trading system.

For the European visitor, the area around Chile’s capital city is reminiscent of the southern Mediterranean, with similar vegetation and climate. In late summer, bougainvillea scrambles over whitewashed houses while sturdy oleander bushes, resplendent with pink or white flowers, line the straight, paved highways. Santiago is an elegant city. Its centre is a mix of graceful old Spanish-style colonial buildings and smart new shopping malls, with coffee shops and fountains. There are wide, tree-lined streets, well-tended parks, chic restaurants, high-quality clothes shops, museums, theatres, and art galleries. The streets bustle with activity, giving the appearance and feel of a modern, dynamic, and cultured city. It could just as well be Paris, Madrid, or New York. From here, Chile’s earlier economic success is evident.

Until 1973 Chile, like many other Latin American countries, had pursued a path of economic development that attempted to decrease the economy’s dependence on exporting a few primary commodities. In Chile, these were copper and nitrates. Influenced by the ideas of Raul Prebisch and others at the Economic Commission for Latin America (ECLA), governments in many Latin American countries believed that the only way that they could escape from the periphery of the world economy as suppliers of food and raw materials was through a strategy of industrialisation.

They did this by developing local industries to produce the many manufactured consumer goods – clothes, shoes, processed foods, and durables like electrical equipment – which had always been imported. Such a policy affected trade because the government gave less support to the traditional export sector and instead invested in the new import-substituting industries. It also imposed taxes on imported consumer goods to discourage people from buying foreign goods in preference to locally produced ones, effectively protecting the new industries.

The World Bank and the IMF have been critical of such populist policies for a good reason. They argue that countries that have adopted a protectionist trade policy to promote industrialisation through import-substitution have industrialised less quickly and have a higher rate of poverty than those that have adopted an outward-oriented or free-trade strategy.

The reasons given for this are that a protectionist strategy promotes the inefficient allocation of resources because countries end up producing goods they could import more cheaply.

In addition, such a strategy requires a costly administrative system to enforce taxes on trade and other trade barriers. This system often becomes corrupt, as seen in other South American economies.

The Bank also argued that the evidence is that protected industries are less efficient because they are not exposed to the discipline of international competition. They show little interest in adopting new technologies.

” Protectionism also prevents an economy from diversifying along lines determined by its ‘comparative advantage’ in the world economy.

Free-market ideology guided the economic policy development in Chile after the coup in 1973, resulting in the success we can see today.

Trade barriers were dismantled, and the exchange rate devalued, shifting the economy from protectionism to an outward-oriented strategy. Markets were ‘liberalised’, and government price controls and subsidies were removed.

This provided new jobs and brought a lasting dynamism to the economy. The country’s export base had changed. Its dependence on copper, which in 1973 accounted for 82 per cent of export earnings, had declined to 60 per cent in 2017 (The state-owned firm CODELCO is the world’s largest copper-producing company, with recorded copper reserves of 200 years). Chile controls 33 per cent of the global copper market.

Three new export industries had also emerged – fishing, fruit, and forestry (14 per cent) – and were providing Chile with 30 per cent of its foreign-exchange earnings.

There has also been impressive growth in manufactured exports linked to these sectors, particularly in the paper, wood, cellulose, and fishmeal.

The success of Chile’s export policy is evident. While exports in Chile have displayed an upward trend, the new export industries have started to contribute significantly to export earnings.

The fruit industry is the most remarkable success story among the new export industries. The central valleys around Santiago are almost entirely devoted to fruit production. The Mediterranean-type climate and easy access to the ports are natural advantages favouring fruit production, but the availability of cheap labour has been crucially important too.

Apples and grapes are the two most significant exports, but plums, apricots, peaches, lemons, oranges, avocados, pears, and kiwi fruit are also grown. The highway that cuts through the middle of Chile acts as the industry’s central nervous system, along which the boxed-up fruit is transported for export. Orchards and vineyards fan out from it, interspersed with substantial packing houses, many foreign-owned, with the big US companies, United Fruit and Dole, very much in evidence.

There is enormous potential for continued increases: a further 100’s of thousands of hectares of land could be allocated to fruit farming. The forestry industry has also thrived. Chile’s extensive forest reserves are among the most important in Latin America. The country has 7.6 million hectares of natural forest, including larch, native pine, soapwood, and tamarugo.

Following a change in the law designed to encourage tree planting, Chile now has over 13.8 million hectares of forest, 1.4 million hectares of which is Native protected forest.  The most significant percentage of the planted forest is radiata pine, followed by eucalyptus.

Chile boasts a considerable comparative advantage in its forestry industry because its climatic and soil conditions yield high growth rates. With low labour costs, Chile is one of the world’s lowest-cost timber producers and is poised to become one of the world’s top exporters of forestry products.

Before 1973 the forestry industry was largely state-owned and geared principally around meeting the national market’s needs. Since then, it has been privatised. Foreign investment has been successfully encouraged, and forestry product exports have been promoted. In terms of value, only about 30 per cent of exports take the form of logs or sawn wood. Nearly half comes from cellulose. There is also an expansion in the export of forestry products with higher value-added content, such as newsprint and wood panels.

A similar policy prescription has produced comparable results in Chile’s fishing industry. Once again, with 6,435 km of coastline at its disposal, Chile has a considerable comparative advantage in this industry.

Today Chile is the world’s largest exporter of fishmeal (which represents about two-thirds of total fisheries output), ranks third among salmon exporters, is the sixth-largest seaweed producer, and accounts for 6 per cent of the world’s fish catch.

Revenues from sea products have soared, making it the country’s third-largest export earner after copper and agriculture.”Chile’s most important trading partners are China, the United States, and Japan.

However, another side to this is born out in this research paper. These are the issues that caused a change in the political direction of the country.

This paper argues that the Chilean economic model is characterized by three stylized facts that undermine its earlier view as a free market/neo-liberal success: A lower trend in the rate of growth of GDP, increased inequality, and rising indebtedness. Since the mid-1990s, GDP growth has trended downwards.

This has been accompanied by an increase in the profit relative to the wage share. Chile also has one of the highest levels of personal income inequality across the OECD countries. The combined effects of the decline in trend growth and high levels of inequality have increased indebtedness in the household sector, especially in lower-income households and the corporate sector. Lower trend growth, high inequality and increasing debt are the perfect mixes that can lead to a context of financial fragility, which puts in doubt the sustainability of the earlier Chilean economic model being fit for purchase in 2023.

Link to this paper