Chilean/Swedish group subscribe usd 1.354 billion for the construction of a pulp plant in Uruguay 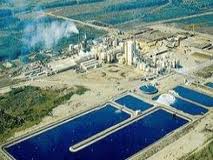 Arauco owns 50% of the Montes del Plata project in partnership with the Swede-Finish corporation Stora Enso which in planning to invest 1.9 billion dollars in the plant for an annual production of 1.3 million tons of pulp.

Last July Arauco signed a guarantee agreement to extend collateral in support of the financial obligations.

The Montes del Plata project besides the pulp plant includes the construction of a port to ship the pulp and a power generating plant.

In 2009, Stora Enso which is Europe’s leading corporation in the pulp and paper industry purchased together with Arauco, one of the major forestry companies in Latin America, most of the assets from Spain’s ENCE in Uruguay.

When finally completed in two years time Montes del Plata will be the second major pulp plant in Uruguay, as well as one of the major single private investments in the country’s history. The other plant belonging to Finland’s Botnia-UPM has been in production now for several years.

Botnia-UPM on the River Uruguay shared with Argentina, triggered a major conflict between the two neighbouring countries that lasted several years, including pickets, blocked bridges and the International Court of Justice in The Hague, but was finally overcome politically in direct discussions between President Jose Mujica and President Cristina Fernandez de Kirchner.

Argentina objected that Uruguay did not inform her of plans to build the plant as the joint administration of the river Uruguay agreement demands, and Argentine pickets claimed the Botnia plant was air and water contaminating. The claim has yet to be proved.

The Montes del Plata plant is being built in the western department of Colonia, along the River Plate and just sixty kilometres from Argentina’s capital Buenos Aires.

Members from the Uruguayan opposition have questioned the fine letter of the contract between Uruguay and Montes del Plata arguing foreign investors have been granted fiscal benefits not extensive to their Uruguayan counterparts.