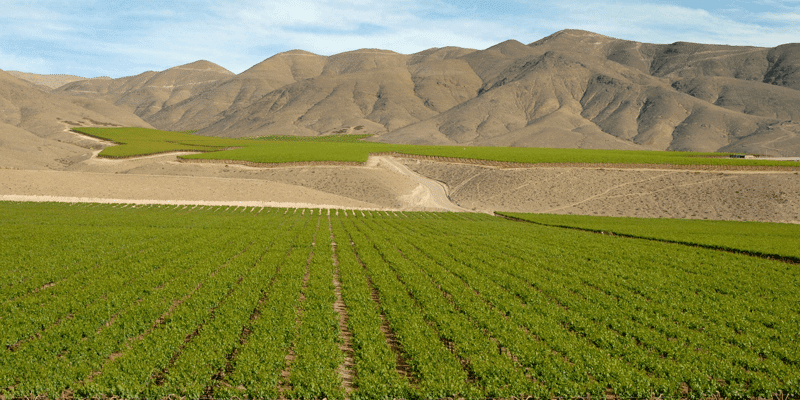 Chilean Vineyard Image courtesy of xedos4 at FreeDigitalPhotos.net
Gateway to South America on 20/05/2016 - 14:48 in All categories of countries are, Chile lifestyle, Chile – General, Chilean farms

Chilean Wines: The National Agricultural Society of Chile (SNA) issued a press release which expresses concern about the drop in production this year. The heavy rain that hit Chile caused a significant decline in the harvest.

Patricio Crespo, current President of the SNA, said: “According to the data collected from our associates, this records an estimated drop in grape production of 30%, equivalent to about 400 million fewer litres of wine this fall season. This would imply a final production of wine in 2016 of approximately 800 million litres and losses exceeding USD 220 million for producers of grapes”.

The National Society of Agriculture represents farmers; it is not a government entity and does not represent the wine industry itself. Many farmers participate in the wine industry. However, many vineyard owners sell their harvest to wine producers, and therein lies their participation. They would be the most affected by the heavy rainfall in April.

However, with regard to the wine industry, there are surpluses in the wineries. At least the last two harvests – 2014 and 2015 – were exceptional. 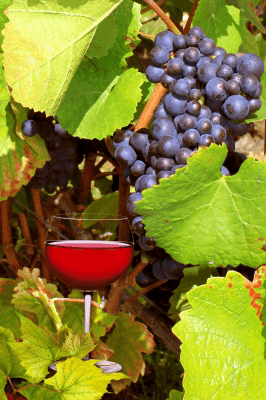 Given the situation of producers, Mr. Crespo said: “The union will convene various stakeholders in the industry to a worktable at the highest level to reflect and propose concrete action towards the balanced and sustainable development of this important production in the national agriculture chain”.

Then he referred to the measures that will be made, as representatives of farmers affected by bad weather. In this regard, he said that they have contacted the Ministry of Agriculture and the Agriculture and Livestock Service and have requested timely control in the production chain.

As already stated, in relation to the existence of surpluses from previous harvests, the fear that has been expressed in the request for timely targeting is that these stocks could tempt some to alter the origin/quality of them, affecting the great prestige and reputation achieved by the Chilean wine industry worldwide.

Along the same lines, Rodrigo Balbontín, President of the Association of Producers of Grapes and Wines with Designation of Origin, said that production is estimated at 800 million litres this year. In the “Revista del Campo” of the “El Mercurio” newspaper, he said: “It is important that in this scenario the Chilean Agriculture and Livestock Service act rigorously”.

As an example, the exceptional quality of Chilean wine is the choice of the critic James Suckling, who assigns a Chilean wine; Chadwick Vineyard Cabernet Sauvignon 2014, the maximum score.

“Perhaps a sign of Chile truly coming of age is the 100-point rating in this report of the pure Cabernet Sauvignon 2014 Viñedo Chadwick. This is a wine that defines the greatness of Chile with a purity, structure and finesse that competes with the best reds of the world. And its pedigree is second to none with vineyards next door in the Valle de Maipo to the highly regarded Almaviva and Concha y Toro Don Melchor.” As regards the support that the National Society of Agriculture intends to grant to its partners, Mr Crespo said: “SNA requests from relevant agencies and public and private financial institutions a case-by-case analysis of the situation of producers and other members of the productive chain in order that they can have sufficient financial support”.

So we should expect official reports regarding the decline in the harvest in 2016. Objectively, there was heavy rain that affected some agricultural products during the harvest stage.

Undoubtedly, the current situation should push up prices, due to the smaller crop, especially of premium wines. Prices had been down in previous years due to the high production, not only in Chile, but by other producers, especially in Europe.

At the end of the year it will be evaluated whether the eventual price rises remain and whether they are able to compensate Chilean vintners.

In sum, the crisis caused by this decline in harvest is expected to be a great opportunity for the sector to identify their weaknesses. For many years, the wine industry has not suffered a crisis.

Now is the time to devise a strategy to deal with any inconvenience.

Agriculture and related industries will always be dependent on the weather and the climate.  For these factors to be 100% stable and always convenient is not possible, even less so with climate change and phenomena such as “el niño”, which always causes trouble.

Chile is currently the fourth largest exporter of bottled wine in the world, behind Italy, France and Spain. It is the first of the new market, ie, is ahead of Argentina, South Africa, USA, NZ and Australia. Related to the quantity production, Chile is the sixth largest producer worldwide. They are betting on bottled high-quality wines.

The wine comes to Chile

When the Spanish arrived in Chile, also they brought their wine culture. In 1524 Rodrigo de Araya planted the first vineyards.

Today, the vineyards are located in six regions of the country. Each region has different characteristics and unique designations of origin. Experts say there is still room for expansion. That is, plenty of land with great potential for viticulture.

The diversity of Chilean soil allows that both red musts and white are excellent. Sauvignon Blanc and Chardonnay are white wines of great acceptance worldwide. Among the reds are Merlot, Pinot Noir, Syrah and Cabernet Sauvignon. 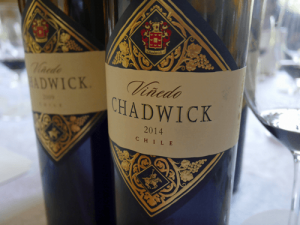 Special mention should be the Carménère, rediscovered in central Chile. Now it is also grown in smaller quantities in California and Washington. Other vineyards with Carménère are located in Italy. It is said to be an exceptional wine and fairly upscale.

“The array and uniqueness of winemaking areas in Chile is equally inspiring, whether producing  Pinot Noir and Syrah in the appellations of Aconcagua Costa, Casablanca and San Antonio, Cabernet Sauvignon and Carmenere in Valle de Maipo or Carignan and País in Valle de Maule or even Malbec in Malleco.”

Prospects for the vineyards in Chile

The Chilean wine industry is a mature industry, as evidenced by the figures in every way, and the awards, showing to the world that they are doing well. However, it is an industry – as exporters of bottled wines – relatively young.

By the same token, there is still much room for expansion. Much remains to be done in the field of related businesses; such as boutique hotels in the vineyards and tourism niche, potential sources of increased revenue.