Chile the most globalised economy in Latin America, says report 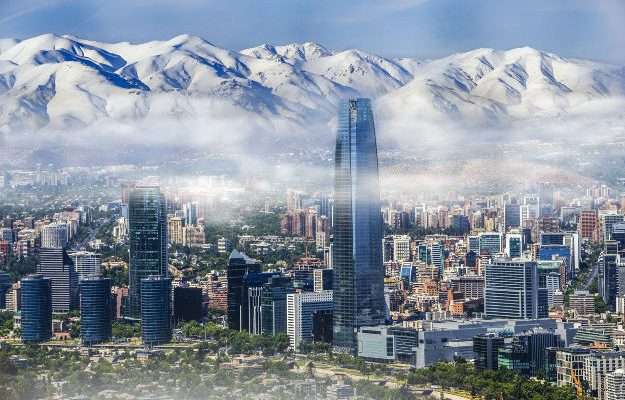 Chile has emerged as the most globalized economy in Latin America and moved up to 25th place in the world, according to global consulting firm Ernst & Young. Chile is among the countries to improve their position despite global economic uncertainty, the firm’s annual Globalization Index found.

“Unlike other countries, the policies of Chilean governments have promoted openness in times of turbulence, taking the sufficient precautions so the economic turmoil does not hit the country hard,” Cristián Lefevre, senior partner of Ernst & Young Chile, told El Mercurio.

The globalization measurement is based on five factors: foreign trade, capital movement, exchange of technology and ideas, labour movement, and cultural integration.

Technology and cultural integration were cited as the country’s weakest points, with both ranking well below Singapore and Hong Kong, the leaders in those categories.

In Latin America, however, Chile remains the pacesetter. Mexico is the closest nation to Chile in terms of globalization, coming in the 36th position, followed by Colombia (43), Brazil (47), Ecuador (49) and Argentina (50).

“We have gone further than other nations who opened themselves later to the world economy,” Lefevre said. “In fact, today Chile is one of the countries that have the most trade agreements worldwide, including among relevant economies like the US, the European Union and China.”

In 2012, Chile looks poised to continue its ascension with emerging markets projected to be the biggest contributors to the predicted global growth of 3.4%. The world growth projection was weighed down by the developed economies of the United States (2.4%) and the European Union (0%), according to the Ernst & Young report. The World Bank has predicted 4.1% GDP growth for Chile this year.

Ernst & Young’s Globalization Index takes the 60 countries with the highest GDP and ranks them based on performance in the mentioned categories. The firm also surveys a thousand business executives to discover global trends and concerns for incorporation in the report.

Among the trends from 2011 were continued developments in globalization despite a stressed economy. The chief concern going forward, according to the business leaders, is the threat of protectionism.

Ninety per cent of the executives consulted reportedly fear an increase in protectionist policies, especially if the global economy were to face another recession.

James Turley, chairman and CEO of Ernst & Young, admits that the threat of protectionism is real, but points out that globalization continued to grow in 2011 despite economic concerns.

“Businesses and governments have to continue to make the case for globalization as a positive force for economic and social good and avoid any descent into protectionism,” Turley told the press.