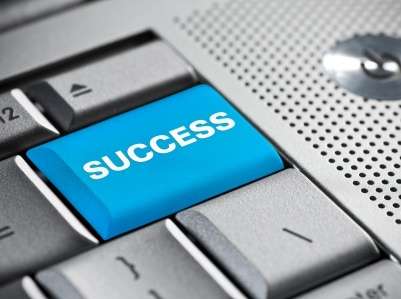 A Rising Star By Mike Konrad

Chile is now seen as the economic powerhouse of Latin America.

When I first started to seriously study South America ‐‐ from a mix of curiosity and an attempt to relearn the high school Spanish that I had forgotten lo those many decades ago ‐‐ I fixed on Argentina as the one South American country with the greatest historical potential.

On paper, Argentina should be world power. In reality, it is turning out to be Chile.

Chile is remembered for the Pinochet dictatorship. What is forgotten is that dictatorship was not typical for Chile, which for most of its history was a flawed but working democracy. General Pinochet overthrew Salvador Allende’s government with its communist tendencies which ignored the constitution. One can argue whether Allende’s policies wrecked Chile’s economy or whether the right sabotaged the economy to force a coup ‐‐ amazingly, goods immediately appeared on store shelves after he was overthrown ‐‐ but what is clear is that both administrations were such an aberration to Chile’s national temper that Pinochet had to resign from power after losing a referendum in 1988. The country is still split over the legacy.

Today, while not perfect, Chile is considered quite free, though Freedom House reports “that excessive force and human rights abuses committed by the Carabineros ‐‐ a national police element of the armed forces ‐‐ still occur.” The same might be said of some American police, or the Gendarmerie in France. However, the Chileans have been so traumatized by both Allende and Pinochet that a retreat back to tyranny is inconceivable to both left and right. In economic freedom, Chile surpasses the United States, coming in at number 7 in the world. Argentina by comparison comes in at 169, and Brazil at 118, while Israel ‐‐ the startup nation ‐‐ comes in at 33.

Chile surpasses some European nations in the Human Development Index, though it falls behind Western Europe, except for Portugal. Chile is number one in South America. Chile is a member of the OECD nations; and Chile scores rather well on the transparency [anti‐corruption] index, right next to the United States, and better than much of Europe. For all intents and purposes, Chile is a first world nation ‐‐ maybe not by American standards of prosperity, but by Latin standards, she is a powerhouse.

This is no mean feat in South America. Among Chile’s chief competitors: Argentina, for over a century, has oscillated between fascists and hyper‐leftists. Corruption is rampant. Uruguay is ruled by socialists, who are wrecking their economy. While Brazil shows some promise, the disparity between black and white Brazilians is an explosion waiting to happen. Brazil’s so‐called “racial democracy” is actually a strongly delineated pyramid with blacks on the bottom. Chile does not have these problems.

With the exception of Allende and Pinochet, the history of Chile has been one of stable law‐abiding democracy. Chile does not have a history of Peronism/Justicialism, which is the ruling party in Argentina. While Chile’s present president, Michelle Bachelet, is socialist, she is no Allende, though there are some signs that she could do some harm to Chile’s Miracle in the future. So far, however, Chile is doing quite well. Despite feelgood attempts to deny race and its tensions, race is a powder keg in Latin America. Luckily, Chile does not have the major racial problems of Brazil, which is almost split 50/50 in race.

Chile has an odd mixture. About 30% of the population is pure European white, while 65% of the population is mestizo to some extent (often 5/8ths white, 3/8ths Indian), with almost no blacks. The Chilean population has an ethnic structure consisting of 30% white or Caucasian, 5% Indian, and 65% mixed, predominantly white. (trans.) ‐‐ University of Chile Clearly Chile is not as European as Argentina, but neither is it as nonwhite as other countries. It lies somewhere in between. Nor are the elite always white. While the present socialist president, Michelle Bachelet, is white, primarily of North European extraction, her conservative predecessor, Sebastian Piñera, was clearly mestizo, with some Inca in his line.

Like most Latin countries, whites predominate at the top. Pinochet was a blue‐eyed Breton/Basque mix. His Air Force commander, Fernando Mattei, was a Teutonic German Lutheran; but in Chile, because many mestizos are close to white, the racial tensions are not at the incendiary levels of other countries. Racism, masquerading as classism, does exist, but it can be overcome. Chile does not have socially disruptive levels of diversity. A sort of social denial exists where all but the darkest are allowed to consider themselves as white or near white. Mestizo is 3/28/2015.

If race were the key issue, then Argentina should be South America’s star. Chile overturns that expectation by succeeding over its whiter neighbor. Chile is not as cosmopolitan as Argentina or Uruguay. While Chile did receive some immigration from the British Isles (4% of population), France (3%), Germany (3%), and Italy (4%), en toto Chileans retained a majority Spanish‐Basque mix. Unlike Argentina ‐‐ where over 60% of the population have some Italian, 17% have some French, and where Germans are considerable minority (over 8%) ‐‐ Chile has retained its Iberian flavor.

This can be seen it in its national music and dance, the Cueca, which is not as daring as the cosmopolitan Argentine tango, or racy as the Brazilian samba. Chile’s Spanish, though rapid and hard to understand, is well‐educated, and does not have as much Italianisms in it as Argentine Spanish. What this means is that Chile has a unified historical identity. Almost everyone has some degree of Spanish or Basque in them from the almost‐Nordic green‐eyed socialist Michelle Bachelet to the mestizo street musician. In a world of wildly centrifugal multiculturalism, Chile has maintained its historical ethnic center.

Chile is still primarily Iberian. Not striving for ethnic purity, but maintaining cultural norms. Chile is a rather large country with an enormous Pacific coastline which runs from the polar well into the tropics. Though an average of only 109 miles wide, it is still 290,000 sq. miles in area, making it a large country. However, since almost half the country is the continental divide of the Andes, only about half that area is usable. Still, with only 17 million for a population, it is rather sparsely populated, with most of its spectacular coastline empty. Houses near beaches can be purchased relatively cheaply.

Its climate is rather spectacular. Near the center of the country, it is possible to swim on the beach in the morning under palm trees, and drive to a ski resort in a few hours in the afternoon. It hosts a large amount of agricultural exports, a vast amount of fishing, and mineral wealth. In 2009, Chile was the world’s largest producer of copper. The country hosts a formidable and professional navy,second only to Brazil in South America, making it a regional power. Chile is socially conservative. Chile did not legalize divorce until 2004, due to a strong Catholicity which condemned divorce. Marriage was for life. To get around the divorce prohibition, it was common to have mistresses.

The Catholic Church does exhibit some social control, but a lot of this was due to a machismo Latin culture above and apart from Catholicism. The Machismo culture, if one is honest, can be traced back to the echo of Muslim Moorish influence in Spain. Women were sometimes severely controlled. Most of that has ended. Having chatted with some Chilean women, it seems to be dying out with education. Abortion is forbidden under all circumstances, even rape. Again the Catholic Church is “blamed” for this, but falsely. Like Brazil, Chile is having an Evangelical Revival with pro‐life mores.

There are indications that the Evangelicals are a major force in Chile’s right‐to‐life position ‐‐ and in individual practice, Evangelicals are more sexually conservative than the majority Catholics. Leftists want to legalize abortion. To date, the conservatives are still firmly in charge. [Chile’s] total ban on abortion back in spotlight after doctor reported patient, 25, to police on suspicion of using drug to terminate pregnancy ‐‐ The Guardian Only in the last two months has Chile’s government decided to drop opposition to gay marriage. The former conservative

President Piñera had wanted to limit such arrangements to civil unions. Former President Sebastián Piñera backed civil unions, but his government argued against the “new definition of marriage” … Washington Blade What is clear is that Chile is a stable democracy, a stable culture, and a free market economy. It meets the classic definition of a successful nation‐state. It is finally liberalizing where necessary (in areas like divorce), but not at extreme levels (as in depopulating on‐demand abortion).

It embraces change, but not at a disruptive pace. It has not adopted so much of the suicidal self‐destructive tendencies of so many Western democracies, though Michelle Bachelet’s recent pronouncement on acceptance of gay marriage may be a troubling turn of events. Chile has become first world. Should its present socialist president avoid extreme social engineering, by all accounts Chile may soon become a world power, while the rest of the West socially engineers itself to death.