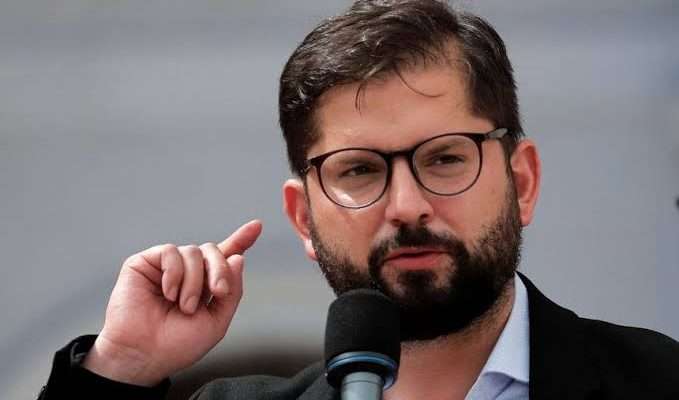 Chileans’ support for both their new president Gabriel Boric Font and the institution rewriting the constitution is fading fast, according to a new poll.

Chileans’ support for both their new president and the institution rewriting the constitution is fading fast, according to a poll that also highlighted mounting pessimism over the economy.

Forty-six percent of citizens said they would reject the charter based on the information currently available, up ten percentage points from the prior week. By contrast, 40 percent said they would back the document, according to the survey by Cadem. It was the first Cadem poll showing more people intending to vote against rather than for the new constitution, which will be put to a referendum later this year.

Meanwhile, Gabriel Boric’s personal approval rating slipped to 45 percent from 50 percent the week prior. A whopping 83 percent said the economy is either stagnated or worsening, and over half said the country is heading along the wrong path.

The poll is a red flag for Boric, who took power last month with lofty plans to create a more egalitarian, tolerant and environmentally-friendly nation. Both the new president and his top advisors have thrown their full support behind the Constitutional Convention that must present its proposals by July 5. Still, the drafting of the charter is fuelling political uncertainty, while economic growth slows and inflation runs hot.

The trouble doesn’t stop there. Fifty-five percent of respondents do not trust the Constitutional Convention, up from 48 percent the week prior. Conversely, 44 percent said they trusted the institution, down from 51 percent.

Fifty-three percent said that the employment situation is either bad or very bad, while 66 percent had the same views regarding consumption.

Cadem surveyed 707 people by telephone between March 30 and April 1. The survey has a margin of error or plus or minus 3.7 percentage points and a confidence level of 95 percent.

Note: Maybe he has forgotten that voters vote with their wallets.