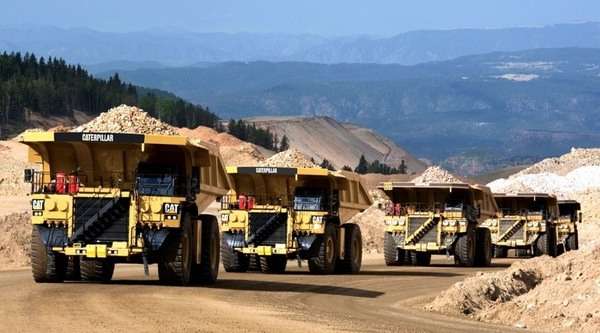 This type of bank guarantee in Spanish is known as a boleta de garantia. It is a bond issued by a Bank at the request of its client (called the “Taker”) in favor of someone else (called the “Beneficiary”).

There are two ways to get the Bank to issue a boleta de garantia. The first is against a deposit of money, and the second is charged to a loan. One of the main reasons they are used is because they are in most cases payable on demand or within the expiration of a certain term. They can be issued in Chilean or foreign currency or expressed in foreign currency payable in Chilean currency. Given its nature as security, it cannot be used for a purpose other than that for which it was taken. As for the amounts of this guarantee, this will depend on factors such as the nature of the goods or services provided and the timeframe of the contract and the parties involved, but it will generally be for between 10% and 30% of the total value of the contract.

It is very rare to be able to negotiate the elimination of this Boleta de Garantia. If more than one type of guarantee has been requested, you may be able to eliminate either one or two or bring otherwise down the percentages, but the possibility of signing a bank guarantee free contract is practically impossible. So, it’s always important prior to beginning negotiations in Chile to see if you have a bank that will provide you with this type of guarantee. This can be done via your national bank by means of a letter of credit, issued to a Chilean bank who will then, in turn, provide the boleta de garantia.

Signing a contract with a mining company in Chile can be an exciting time for foreign companies.  It often comes after many trips to Chile, meetings with operational and senior management teams, site demonstrations, follow-ups, and whatever else is required to get to the point where a contract is being discussed.

After a long sales process, it is no surprise that you just want to get on with it but there are still a few steps before you are home free. Today we will start with reviewing and negotiating the contract clauses. Later in the week we will cover bank guarantees and registering with the different mining suppliers’ associations.

When contracting with mining companies in Chile, there are several clauses that you will come across and others that you will want to add because it is not regulated by the agreement.

Some of the clauses you may not find that tend to be important to foreign suppliers are Liquidated Damages and Consequential Loss.

Key points about each of these:

Consequential Loss: It is important to note that in accordance to Chilean law, if the consequential loss is not directly regulated and imposed or agreed upon by the parties, then it is understood that neither party responds for such types of losses. It must be indicated expressly in writing and accepted by the parties in the contract unless there is willful misconduct, fraud or negligence, in which case you will find yourself liable.

For this reason, we recommend regulating the matter by agreeing to a certain amount or cap or solely under certain conditions or specific eventualities.

Penalties: In Chile, it is common practice within contacts to include fines that are due to delays. These penalties can be due to a delay in the handing over of documentation, a delay in the provision of services or goods, or any other circumstance indicated in the contract.

They are generally deducted or retained from any payment that the Principal owes the Supplier. They are even deductible from the guarantee. In many cases, the principal may enforce these penalties without prejudice to exercising other actions that provided by law.

The fines fluctuate but are generally equivalent to 1% to 2% of the total or partial value of the goods or services not delivered or provisioned.

Limit of Liability: You will find clauses that limit the contractual liability of the parties, indicating a certain amount, or cap. Certain exceptions usually apply that refer to personal injury, death, property damage, IP infringements, fraud or deliberate misconduct. However, these are usually not considered contractual breaches but more in the realm of extra-contractual liability.

In most contracts with Chilean mining companies, the limit of liability is either the price of the contract, a specific amount determined by the parties or a percentage of the contract price.

Liquidated Damages: In Chile, it is rare to find a clause that regulates this matter specifically as understood by many common-law countries. You will not come across a clause that will indicate a sum of money, agreed-to and written into a contract, specified as the total amount of compensation an aggrieved party should get if the other party breaches certain part(s) of the contract.  The main reason is that most contracts in Chile allow the accumulation of damages, penalties, and cashing in the performance bond.

Industrial Relations: Another matter that needs to be taken into consideration by all foreign companies, especially if they are subcontracting in Chile, is the obligations that arise from industrial relations.

The right of information, or also called control and payment, allows the principal company to request reports from contractors and subcontractors that prove the fulfillment of labor and social security obligations with respect to their workers.

The right to withhold allows the principal company to withhold payments to contractors who do not prove full compliance with their labor and social security obligations.

So, it is of great importance to add certain and specific clauses that regulate this matter which will allow you to determine if you are to respond with a joint liability instead of the subsidiary liability.