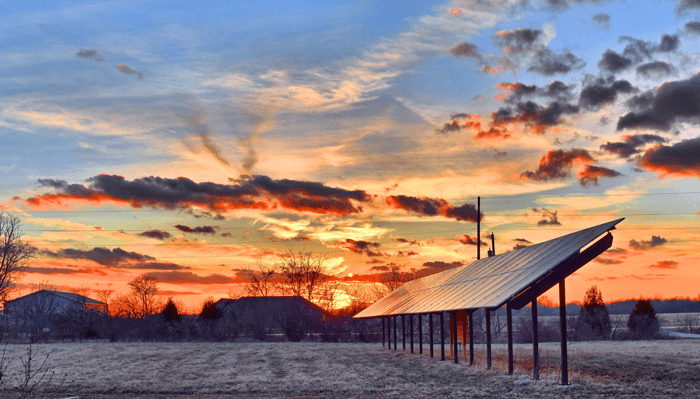 The silence at El Romero is deceptive. Broken only by the ambient hum of transformers and with almost no humans in sight, there is nevertheless plenty going on beneath the surface of the giant solar panels that cover 280 hectares of the arid mountain landscape of northern Chile. About 200 megawatts per hour pulse from Latin America’s largest solar power station into nearby transmission lines that stretch more than 600km south to the capital Santiago from its location in the Atacama Desert, one of the driest and sunniest places on earth.

“This is the face of the future of Chile,” says José Ignacio Escobar, general manager in Latin America for Spain’s Acciona, which built and operates El Romero. “Chile may be poor in old energy, but it is very rich in renewables. Can you see a single cloud?” he asks, gesturing towards the indigo sky that is so clear that the world’s most powerful telescopes are built in the Atacama.

It is only recently that Chile began to harvest the formidable power of the Atacama’s sun. Just five years ago, the country produced negligible amounts of renewable energy and was heavily dependent on imports from its unreliable neighbours, suffering from blackouts and some of the highest energy prices in the world.

But this shortage of fossil fuels has stimulated an unprecedented boom in investment in renewable — and especially solar — energy since then, despite a contraction in investment in almost all other sectors during a period of economic stagnation at the end of the commodities boom.

Chile is now producing some of the cheapest energy in the world, fuelling hopes that it will become a solar version of Saudi Arabia. Having joined Mexico and Brazil among the top 10 renewable energy markets in the world, Chile is leading the clean energy transformation in Latin America, where investment in renewables has grown at double the global rate over the past decade.

“It’s the great silent revolution of [Michelle] Bachelet’s government, which she will be remembered for later,” says Eugenio Tironi, a sociologist, referring to Chile’s outgoing president who will be succeeded by the winner of presidential elections on December 17.

Although the rapid introduction of renewable energy in Chile using market incentives is arguably Ms Bachelet’s greatest achievement, the leftist leader has preferred to trumpet reforms at the core of her agenda that are widely criticised for being poorly designed and implemented, and stifling investment.

“The hallmark of our government is the reforms aimed at reducing inequality. Most of the debate has been around education and labour reforms, but if we hadn’t solved [our energy] problem, it would have been more difficult to implement the social reforms,” says Andrés Rebolledo, energy minister, who claims that energy is no longer a barrier to growth.

After introducing regulations that opened up Chile’s oligopolistic energy sector to competition, it only took until October this year for the government to reach its target of generating 20 per cent of electricity with renewable sources by 2025, mostly with solar and wind power.

It is a measure of how far Chile has come that the pledges by candidates in the presidential election campaign for the country to produce 100 per cent renewable energy by 2040 were taken seriously, and considered feasible by experts. “I don’t think anyone thought [that Chile’s transformation to renewables] would happen so quickly — and it happened without subsidies as they don’t believe in market intervention here,” says Bart Doyle, who runs the operations in Chile for the Irish company Mainstream. “It was a straight fight between renewables and everything else. Not only did

renewables win, but they won hands down,” he adds, pointing out that most other countries provide incentives to companies generating electricity through renewable sources.

Although Chile’s energy auctions to supply the grid are open to all companies on equal terms, thanks to improving technology and Chile’s renewables potential, they are able to produce solar energy at about half the cost of coal-fired power stations.

This was made possible by perhaps the most effective regulatory change under Ms Bachelet’s government, which was to divide the day into thirds, making solar power especially competitive for companies bidding to provide energy in the middle third during only daylight hours.

In Chile energy costs have fallen 75 per cent since auctions began three years ago, with the latest producing the second-lowest bid in the world for solar power of 2.148 cents per kilowatt hour. But prices have fallen so low that Mr Doyle warns of the “bleeding edge” of cutting edge technology, arguing that companies may get caught out by bidding below the cost of production.

“Not all that glistens is gold,” cautions Mr Escobar, who believes that new regulations dealing with longer-term issues now need to be put in place. “We can’t allow this marvel to become a nightmare.”

Source: (This article was written by Benedict Mander and was published in the Financial Times on 7 December, 2017)