Chile Is Top Country in Latin America for Broadband Connections 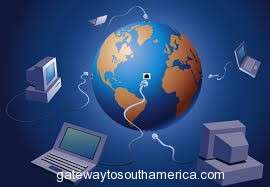 Chile has the highest 2-megabyte broadband Internet penetration rate for landline and mobile connections in Latin America, a report released in Bogota said.

Chile is the leader in broadband landline connections, with an 11.3 percent penetration rate as of Dec. 31, 2012, the report, “Barometro Cisco de banda ancha 2.0,” said.

The report, which was prepared by IDC Latinoamerica for networking equipment giant Cisco Systems, excluded Mexico, the region’s other large Internet market, due to data collection difficulties.