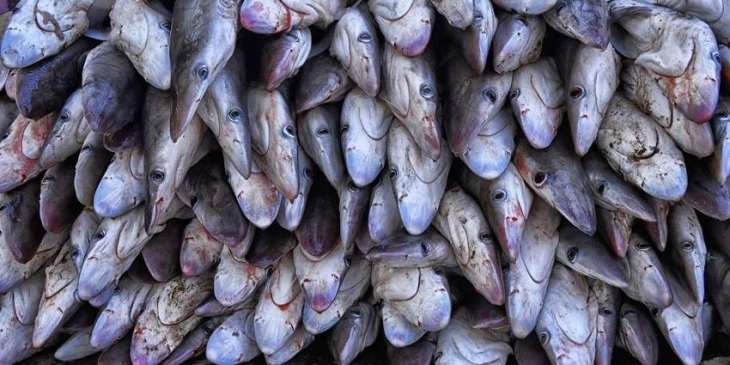 Four South American countries joined forces this week in a bid to combat illegal fishing by huge Chinese fleets off their coasts. Chile, Colombia, Ecuador, and Peru threatened measures “to prevent, discourage and jointly confront” illegal fishing near their exclusive economic zones in the Pacific.

The joint statement made no specific mention of China but environmental groups Greenpeace and Oceana have repeatedly warned of the growing presence of massive Chinese fishing fleets in the area.

Oceana has said in an August report that more than 900 vessels of Chinese origin in 2017, and 700 in 2018, probably caught almost as much Pacific flying squid as Japan and South Korea combined – more than 160,000 metric tons worth over US$440 million.

The South American quartet said they would boost “cooperation and real-time exchange of information” to highlight illegal fishing off their coasts.

Ecuador in July complained to China over a massive 300-trawler fishing fleet off Galapagos, saying around half of them had turned off their tracking systems so they couldn’t be located. Beijing in early August banned its vessels from fishing near the Galapagos from September to November this year.

The Chinese fleet instead headed south through international waters to fish near the exclusive economic zones of Peru and Chile, according to NGO Oceana.

Oceana released a new report in September that found nearly 300 Chinese vessels pillaging the waters off the Galapagos Marine Reserve for squid, which are essential to the diet of iconic Galapagos species such as fur seals and hammerhead sharks, as well as for many commercial and recreational fish species, including tuna and billfish, that contribute to the local economy.

“For a month, the world watched and wondered what China’s enormous fishing fleet was doing off the Galapagos Islands, but now we know,” said Dr. Marla Valentine, Oceana’s illegal fishing and transparency analyst.

“This massive and ongoing fishing effort of China’s fleet threatens the Galapagos Islands, the rare species that only call it home and everyone that depends on it for food and livelihoods. Sadly, this is just the tip of the iceberg when it comes to the impact of China’s huge distant-water fishing fleet on our oceans. The situation playing out in the Galapagos should raise serious questions and concerns about the impact China’s massive fishing fleet is having on the oceans it sails.”

China is the world’s largest fishing nation by far, with a distant water fleet estimated at up to 17,000 vessels (compared with around 250/300 vessels for both the European Union and the United States), and accounts for 40% of the global fishing effort.

As China’s military and financial might has grown over the past few years so has their refusal to respect international norms on other countries legal rights from everything from copyright laws, to other countries sovereignty. They are proving to be the bad actors in global trade disputes time and time again.

Countries which complain are singled out for punishment with the latest example being Australia where pushback against commodity dumping has resulted in Chinese sanctions and other more covert retaliation.