Chile, Brazil and Uruguay among the world’s leading exporters of wood chips 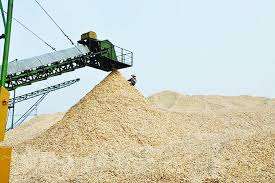 Wood chip exports from Latin America are on track to reach a record high of almost eight million tons in 2011, reports the Wood Resource Quarterly. This would be an increase of 7% from last year and of almost 60% higher than in 2006.

Chile is by far the biggest exporter, accounting for two-thirds of the total shipments from the continent, while Brazil and Uruguay both account for about 16% each. In 2011, Chile was the world’s second-largest supplier of hardwood chips after Vietnam.

Latin America’s hardwood chip export volumes accounted for approximately 50% of globally traded wood chips, a share that has grown from 34% five years ago.

Historically, between 80-90% of the exported wood chips from Latin America have been destined for Japanese pulp mills, but there has been a diversification of consumers over the past few years. Although shipments to Japan have gone up by over 30% from 2006, the share of total exports has declined and is currently around 70%.

The biggest change from five years ago is that pulp mills in Europe have been buying much more Eucalyptus chip, particularly from Chile and Uruguay. In 2011, total shipments to Europe reached almost 1.7 million tons, which was slightly lower than in 2010 but more than a doubling from 2009, according to the WRQ.

The three major importing countries in Europe are Spain, Portugal and Norway. In addition, there have also been a few shipments to Finnish and Swedish pulp mills the past few years.

New destinations for Eucalyptus chips from Latin America the past five years include Morocco, Turkey and China. There are expectations that Chile will increase its shipments to China in the coming years because of higher demand from new pulp mills in the country.