Chile – Argentina Tunnel has Japanese Interest as Gateway to China 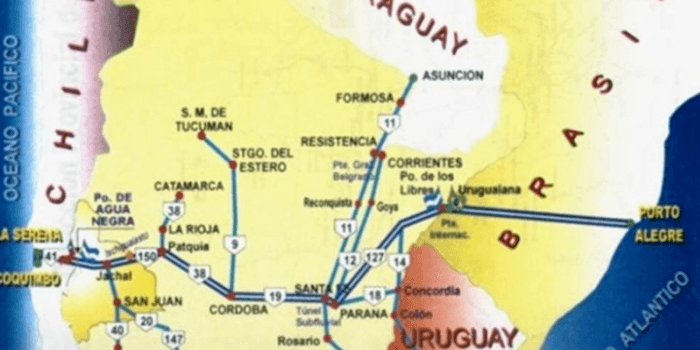 Gateway to South America on 16/05/2011 - 13:28 in All categories of countries are, Argentina Mendoza, Argentina-General, Brasil-general en, Chile – General 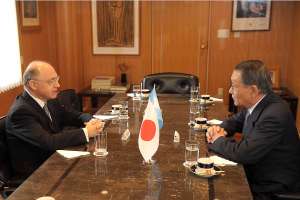 The powerful Japanese multinational Mitsubishi Corporation has been added to the list of interested parties to participate in the construction of the New Tunnel called Agua Negra informing the Argentine Foreign Ministry which has now ratified a number of new agreements with Japan .
In his brief stay in Japan, Foreign Minister, Hector Timerman, met in Tokyo with Mikio Sasaki, one of the top executives of Mitsubishi Corporation who praised the policy of the Argentine government debt reduction.

Immediately afterwards Mitsubishi Corporation sent Timerman the group’s interest in the project. This Tunnel will  link the province of San Juan with the IV Region of Chile, a project that has the backing of government Argentine, Chilean and Brazilian Governments.

It is also one of the greatest dreams of Governor José Luis Gioja who has promoted the work in various parts of the world and who has just been reelected for another term due to his popularity in the San Juan province.

The Argentine Foreign Minister reported the meeting took place on Monday morning (Sunday night in Argentina), in the embassy of Argentina in Tokyo and was one of the latest activities undertaken by Timerman in within its two-day visit to Japan.

Sasaki is also chairman of the bilateral committee business between Japan and Argentina and the meeting was accompanied by several Japanese business executives.
“I could see how it has been growing interest in Argentina by foreign business groups,” Timerman said at the end of the meeting. He added that the representative of Mitsubishi “showed a great interest in working with Argentina and Chile in the construction of the Tunnel called Agua Negra.”
“They see it as a great opportunity for Japan,” he said, saying “this step will bring Asia to Argentina” over the Pacific Ocean. He further indicated that the Japanese businessmen “put the example of Argentina’s economic recovery and policy followed by the Argentina debt reduction in recent years.”
Sasaki stated that, “agreed that you need to put the economy in order to give themselves a chance. Argentine has made good economic progress and has implemented industrial and agricultural infrastructure throughout the country”

The tunnel project Agua Negra is the construction of two tunnels, one in one direction and the one in the other. One 13.8 km. long and 12 m. in diameter, separated by 90 m. and linked every 500 m.  The drilling method to use is combined, using tunnel boring machines  most of the way and the traditional method of blasting for the rest.

For its geographical position Agua Negra Pass represents a perfect complement alternative because one side is aligned between the Porto Alegre, Brazil, Coquimbo, Chile, crossing the main producing area of Argentina and, secondly, the construction of the tunnel enable their availability throughout the year.