Can Argentinas decrease in growth rate actually help the economy? 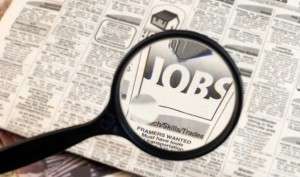 The World Economic Outlooks report forecast figures for Latin American growth rate were brought down by the IMF on Tuesday to 2.7%.

Cristina Kirchners administration optimistically forecast 6.2% for this year. However according to the 2014 Budget both institutions projections for Argentina are significantly below this figure.

Argentina has been described by the World Bank as resilient in the face of an adverse international climate even though their growth rates have significantly dropped.

Augusto de la Torre said that such growth “means that relatively endogenous engines of growth are subsisting in the country” and that their situation was “similar to what is seen in Chile and Colombia”.

La Torre mentioned that it could make the export and local industries more competitive and boost job creation as it helps to both raise cost of imports and lower cost of exports thus the “depreciation of currencies has helped soften the blow of adverse international economic circumstances”.

The report adds that despite the ongoing wave of reforms fueling investor optimism, Mexico’s growth is falling below 2%. Brazil, the regions giant, is also growing below average.

Although perhaps not the best economic news for the region. The report affirms that despite the low growth a 1990s-style financial distress will not evolve, even with a less supportive global environment.