Calchaquí, a Magic Valley in Argentina

Gateway to South America on 25/03/2019 - 09:54 in All categories of countries are, Argentina Lifestyle, Argentina Mendoza, Argentina-General, Argentine farms

It seems like a dream or a movie: to reside in Calchaquí, a Magic Valley in Argentina, situated in the foothills of the Cordillera. The tendency to develop plots of land amid landscapes that were once only agricultural, is now coming to northern Argentina. In this wonderful place, luxury properties are being parcelled up in the middle of vineyards.

Northern Argentina represents a significant delay in relation to the central area. The new government is using the Belgrano Plan to equate the north to the rest of the country. Unified work is being developed, with the efforts of municipal governments and provincial governments, together with national government.

Tourism Minister Gustavo Santos has said that “the focus is on the north” and has also reiterated that, in the area of tourism, the north is ten times less developed than the rest of the country. The primary goal is to position Argentina as a great tourist destination.

The sum of projects is intended to increase by 3 million the number of tourists from abroad; this means an increase of 50%. It also aims to increase spending per tourist to USD 900 per visitor, which would mean USD 3,800 million in new revenue for the country.

The tourism investment plan for the next three years is estimated at USD 4,312 million for the entire country. With USD 3,500 million of contributions from the provinces, and an international investment of USD 4,245 million, the total would be about USD 12,000 million of investment.

The parks that will receive funding are El Impenetrable in the Chaco, Bañado La Estrella in Formosa, Moconá in Misiones and Ibera in Corrientes.

Investments in energy, museums, hotels and roads in the north will be USD 1,000 million. Also, resources are being considered for a river cruise circuit.

Near the Iguazu Falls, the most developed sector, the matrix plan has considered an eco tourist corridor covering Misiones, Chaco, Formosa and Corrientes. It would be the largest in Latin America.

A potential developer for the area would be the company that currently operates the train to Machu Picchu, which in the near future will provide services between Cusco and the Titicaca Lake.

The luxurious Calchaquí, a Magic Valley in Argentina

The city of Salta, located in the foothills of the Andes, is the entrance to Valle Calchaquí. Prime attractions in the valley are the landscapes crowned by mountains, and well-preserved architecture. Formerly, it was an important site in the Inca culture.

At the centre of Valle Calchaquí is Cafayate, a small town with an exceptional climate, having more than 300 days of sunshine per year on average. The vineyards have a high quality of wine production. Here is Estancia Cafayate, very renowned for its vineyards of Torrontes, Malbec and Cabernet Sauvignon.

The equestrian lifestyle is also an important part of life in Calchaquí, a Magic Valley in Argentina. Visitors and owners can ride through the region and enjoy nature. There are also two polo fields and an equestrian centre. 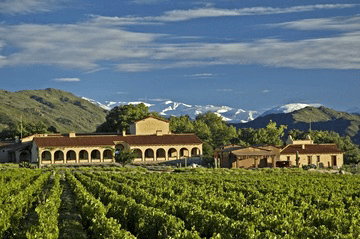 For golf lovers, in Estancia Cafayate there is a golf course with an integrated nature design, using traditional forms of the area.

Going up to the mountains is located Bodega Colomé. It is the oldest operating winery in Argentina. In the Alto Valle Calchaquí, it has four estancia’s that are situated between 1,700 and 3,111 meters above sea level.

With regard to domestic tourism, the goal is that within three years growth of 18% is expected. Regarding the expected income, this would increase by 58%, based on 65% of the population making one sightseeing trip per year. It is estimated that the amount would be USD 62,400 million more than current spending. 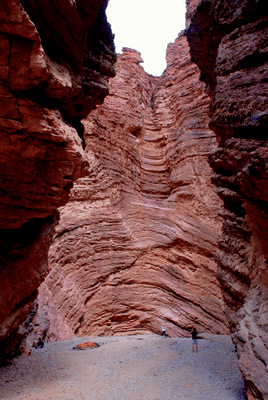 Miguel Tito, mayor of La Quiaca, said that they want to extend the roads of Belgrano 110 kilometres in such a way to be able to operate the Andean train between La Quiaca and Tres Cruces.

For his part, Governor Gerardo Morales has joined the initiative to add a new train from Humahuaca to Volcan, travelling the province to connect with the train coming from Las Nubes, which stops at San Antonio de los Cobres.

Among the projects under development is Awasi. In Misiones a hotel investment of USD 7 million is being finalized. In Iguazu 14 lodges are being built, which would add a new investment in the Puna.

Today, tourism provides employment for 1.1 million people nationwide. This represents only 5.4 of total employment. However, in the north of Argentina, the figures range from 2.5% to 4.7% of the total employment.

In the case of luxury hotels, seven people per room are needed to service them. Once the investments are completed, an increase for 2019 of 300,000 new jobs is expected in the sector.