Gateway to South America on 23/04/2016 - 12:59 in All categories of countries are, Argentina Lifestyle, Argentina-General, Buenos Aires Residential

San Telmo, Recoleta and Retiro are the three great Buenos Aires spots for retirees. These are areas of the city which are comparatively safe environments. All this, and enjoying the pleasant temperate climate of Buenos Aires, attracts many retirees from around the world: those who enjoy a very good climate and living in a city that offers a different activity for each day of the year.

Buenos Aires is the capital of Argentina and is known as the “Paris of South America”. Argentina has a well-educated population – with a literacy rate of 97.9% – who attain a high level of English, which makes life easier for foreigners. Argentineans are friendly and extroverted; the influence of Italian migration is evident in the soul of the population and local culture. Tourism Buenos Aires.

This great country is well known for the tango, wines, wonderful ski slopes and world-class polo. It is the third largest economy in Latin America. It has a population of just over 40 million inhabitants, with an average density of 14.4 per km2. It has large agricultural resources, positioning it as one of the great barns in the world, with agricultural production enough to feed 600 million people, and it is one of the best beef producers in the world.

A Selection of Buenos Aires Spots for Retirees

This neighbourhood, located south of the city, is the oldest one in Buenos Aires. The foundational character of San Telmo gives it a mystique that is seen in every corner. It provides a warm and very lush local environment.

Being a native neighbourhood, with less tourism than other areas of the city, prices are more moderate. Start the morning at Café Tortoni, where a freshly-ground coffee and a croissant will make you feel as if you were in paradise, then take a walk.

The tango is danced in the streets and halls, and there are many typical restaurants: abundant and delicious amazingly good Italian food, and superb grilled meat.

San Telmo is close to the well known landmarks of Buenos Aires: Plaza de Mayo, the Casa Rosada and the Obelisk. On Sundays there is an appealing fair, famous for the interesting antiques sold at a very good price. 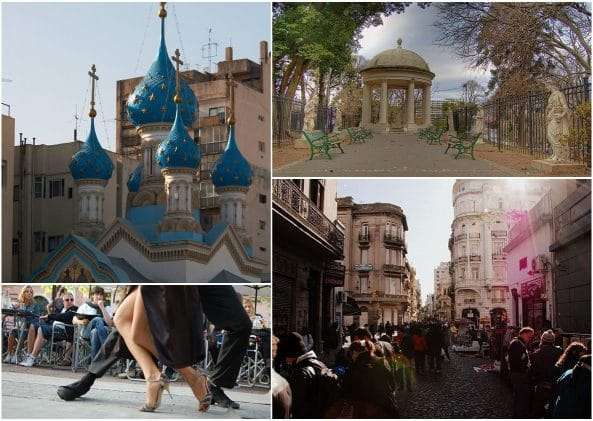 Photo montage of the Buenos Aires district of San Telmo

This place has magnificent stately homes and luxury hotels. It is considered that those with the greatest fortunes in Buenos Aires live in the Recoleta neighbourhood.

Its Parisian architecture, and its cafes and restaurants, will no doubt make you feel as though you are in Paris.

With large green spaces, luxury restaurants, and a very busy nightlife, Recoleta is near the centre of Buenos Aires, and enjoys both a quiet lifestyle and the vibrancy of the city.

This is the preferred neighbourhood for people who love luxury and tranquillity, and yet want to live near the action of a big city.

The properties in the area keep rising in value and there are always people who want to live there, so if you decide to settle in this beautiful neighbourhood, do not be surprised if before long you get interesting offers for your property. 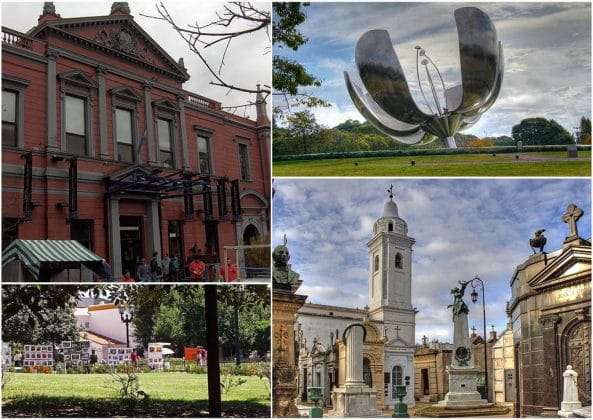 This neighbourhood, located in the east of Buenos Aires, is characterized as a major transportation hub, with three train stations and a metro (called “subte” by locals).

In the past, this part of the city was the gateway to Buenos Aires for millions of immigrants who entered the country between the late nineteenth century and World War II. Today there are installations in a museum that commemorate this time.

Living in Retiro means to live in the centre of activity, close to all means of transport, which in Buenos Aires are very cheap, although a bit noisy. In recent years, there has been a great interest in real estate development in Retiro, hence the interest in it as one of the chosen Buenos Aires spots for retirees. 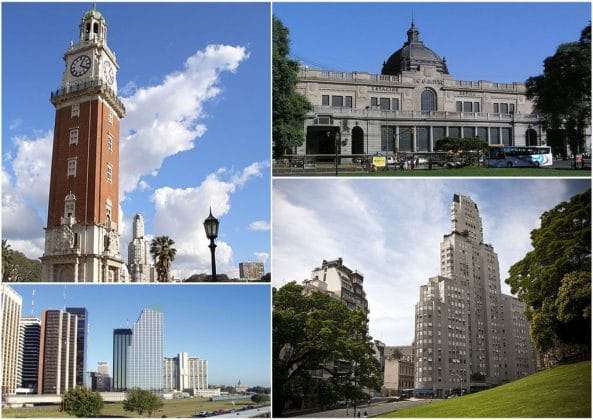 Photo montage of the Buenos Aires district of Retiro

Visiting a place is not the same as living there. Among the many reasons why you might choose to live in Buenos Aires today is its geographical location. The most important destinations in South America are no more than three hours’ flight. You can arrive in Europe in eight hours and then connect with the rest of the world.

Buenos Aires is a riverine city and the wind takes the form of a very pleasant breeze, hence its name. Temperatures are mild during the winter. This is one of the reasons why the swallows of the United States and Europe decide to move here after retirement. Let’s be frank, this is one of the most important considerations in choosing a nice place to live during this stage of life.

The cost of living is comparatively much lower, surprising everyone with the difference in value. Money pays for far more in Argentina. In the place of origin of many retirees, they did not enjoy as much value for their money as here. Not that it’s a bargain, but it suits almost all budgets.

Argentina is a democracy, a free country where one can breathe easily. Recently the government has changed, and the new government is more open to receive and secure foreign investment. 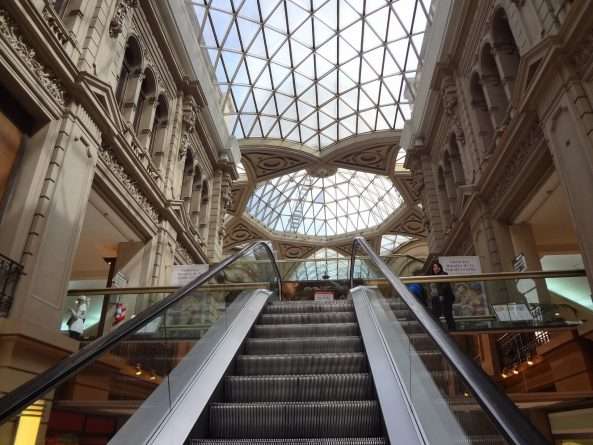 The value of the properties in Buenos Aires, even though they maintain their goodwill, is one of the most stable sectors of Argentina’s economy. They are much more affordable than in other cities with the same quality of services and environment.

The services of the property brokers are very good and they will help you find the place you are looking for. There are new apartments, much urban renewal, and you can find wonderful lofts as well as classic residences for families: the whole range that is traditionally on offer in a vibrant, modern city.

The favourable economic and political situation has caused an influx of foreign investment, so prices tend to rise. If you are considering moving to Argentina and acquiring property, this is the time to do it. Bargains can still be found occasionally. How to buy… 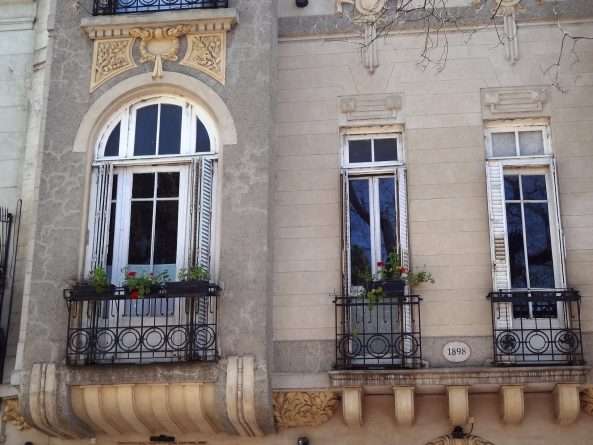 It is a very pleasant surprise to see that all creeds and colours coexist here in peace. Tolerance is the golden rule, so much so that there are tours to visit mosques, churches and synagogues. The Argentines, kind and tolerant by nature, are surprised to hear of the problems that exist in other parts of the world.

Another important issue to consider in order to live in peace in a country is the cost of health insurance, especially for the elderly. The costs are at least 35% lower than those found in Europe and the United States.

The quality of services offered by private clinics is unbeatable. You can live in peace, knowing that your health is properly secured at a very reasonable cost. Italian Hospital. Austral Hospital. 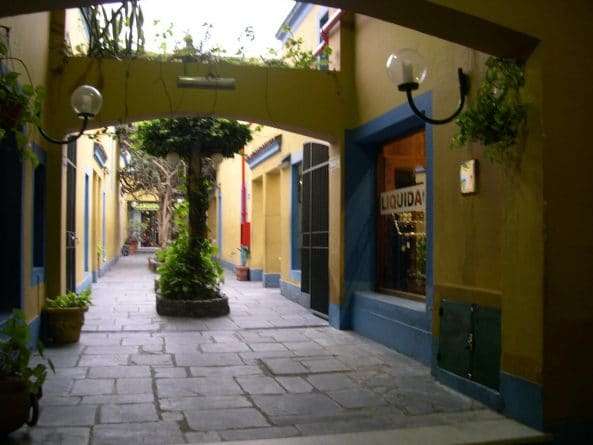 Facilities for Residence
Regarding residence in the country, you will first be granted a temporary residence and then you can apply for permanent residence. The requirement is to have remained for two years, and, as in any country in the world, good behaviour during that period. So, residence can be obtained without difficulty.

In Argentina you will feel very welcome; no differences with foreigners are made regarding rights. Government information.